GeekNights Tuesday - The Number of Players

Tonight on GeekNights, we consider a game design topic in the number of players a game supports. For this exercise, we only consider orthogames. We've talked about two player games before. The reality is that one player, two player, and three+ player games are fundamentally and formally distinct. A game that supports more than one of these groups is actually multiple different games for all practical purposes.

In the news, NIBCARD Games wins the Diana Jones Award for Excellence in Gaming, the Diana Jones Award trophy is missing, the Actraiser remake is more than you probably expect, Metroid Dread is solid, and it's hard to imagine PAX South happening in Texas in January considering the state has now banned vaccine mandates in a manner that very likely includes events in the convention center. 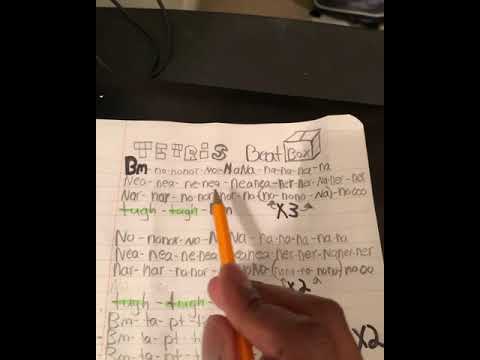 3 player games devolves to a 2 player game, because you can only attack one.

So what if, a 3 player game, you can only attack/ defend twice.

So, every turn is simultaneously 2 moves.

Continue rounds until all players eliminated. Player with the most HP wins.

Main distinction, you have to attack/ defend against both simultaneously for every ‘turn’.

What you are suggesting is taking an inherently political game with 3+ players, but forcing a player’s vote to sort of remove the politics.

The result of such a game will be determined by a combination of skill, luck, and especially seating order. Imagine this scenario with four players

This is a pretty balanced layout here. Each of the strong players is surrounded by both a medium and a weak player. It might be more advantageous to have a weaker player in front of or behind you, but who knows.

Now look at this:

The winner of this game will almost definitely be the first or third player. The second player is fucked because they can only attack a strong player, or be attacked by one.

So yes, you can remove some of the sourness players feel about being teamed up on by forcing everyone to vote in a particular way. But the result is that player’s have less agency. Seating order matters way more. And the end result is no different than if players had chosen to vote this way of their own volition.

Even though the rules of Risk in no way force this kind of attack loop, nothing explicitly disallows it. You could all politically decide to only attack one specific enemy each, and it would be a legal play of Risk. Therefore, this forced vote Risk is just the same exact game where some of the player’s decisions were made for them in advance.

Yes, the game I described removes politics from the equation. As a result luck and randomness matters way more.

If you want a game without politics, that’s the foundation.

At least, that’s what I think.

How could you then make it a skill based game?

Instead of rock paper scissors, how about a card game. You have 2 hands of cards, but you can play them differently based on how you read the other 2 players. But you still have to play them simultaneously.

Whatever you choose to do to Russia, you don’t necessarily have to do to China. But whatever you do, you must do it to them both at the same time, with the knowledge that they will also both be attacking you and each other also simultaneously.

I’m glad you brought up PUBG, as the changing dynamic evolving throughout the match is what was so appealing to me at the start, and why I’m still playing it semi-regularly even 5 years later.

I love all three phases of the game. Early on, it’s effectively a “however many players/teams dropped near you” number of players. And you can choose that! If you like a hot drop with a crazy high number, go nuts. But if you want a one-vs-one experience to start, you can pick a battle like that no problem.

In the mid game, it is VERY political. And I think many players don’t really grasp that. They seem to think that as soon as you see an enemy, or they see you, you have to keep fighting them until one side wins. But the best and most effective strategy for non-head-click-gods is to make sure there’s always another team near by that you can use to your advantage. Play the field, not the direct opponent. Extracting or retreating is very powerful.

In the end phase, you can’t avoid a fight, usually. Then you get the 4 to 3 to 2 player dynamic whether any individual or team wants it or not. It’s super satisfying to be forced into a set play and come out on top.

“Simon Says” is a great shorthand for that mechanic.

It’s my biggest complaint about Dread. They even have “boss fights” without it - all the EMMIs!