Tonight on GeekNights, we discuss the history and current state of online game servers. Rising primarily out of competitive FPSs like Quake and Counter Strike back in the day, they were often the only way to play with a reliable community of people. There weren't matchmaking or friend lists or anything like that.

In the news, Rym and Emily are back from PAX where they did a panel on losing, Scott is back from Costco, the Nintendo Direct had a bunch of things to talk about, and GeekNights will have a roughly three week hiatus between Rym and Emily biking 500 miles and Rym going on a business trip. 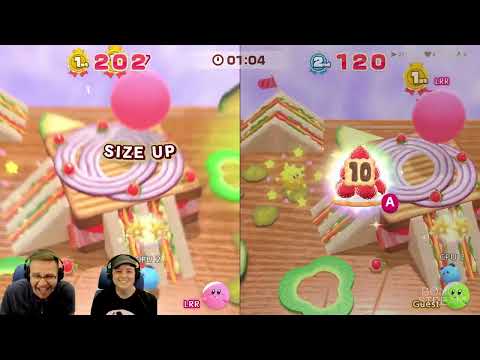 It is a Kirby theme of fall guys that has a ton of custom stuff you can unlock the more you play. Not my cup of tea but wouldn’t object to play it at a party.

Tom Clancy’s Ghost Recon was my first online multiplayer game, that I can remember.

I don’t even remember how I found servers back then.

I think I used a multiplayer client called Xfire. (It still exists!)

I only ever played the pistol only matches and it’s where I learned how much I sucked at shooters lol.

The maps were basically bootleg Counter Strike maps, but I played too many hours on that game until that community died.

It’s also when I first chose my handle ‘Dazzle’, because my shooting skills were so Dazzling.

I moved onto Unreal Tournament 2004 lol, that’s were the multiplayer maps were just insane nightmares which sent me down a rabbit hole of servers and mods.

You had to be there…

All played on a 56k dialup connection, lol. Do those still work?

Weirdly the level creator tool was all inverted. You didn’t put assets into a blank space to make walls and floors, instead you carved levels out of solid space by deleting voids. It was my first 3D editing/game design and it felt weird then, and it still feels weird now.

The Norwegian one-handed puzzler is so weird it’s breaking my brain.

Inspired by Karen Puzzles videos about jigsaw competitions, which my girlfriend enjoyed watching, my Christmas gift to the family was a jigsaw puzzle contest. 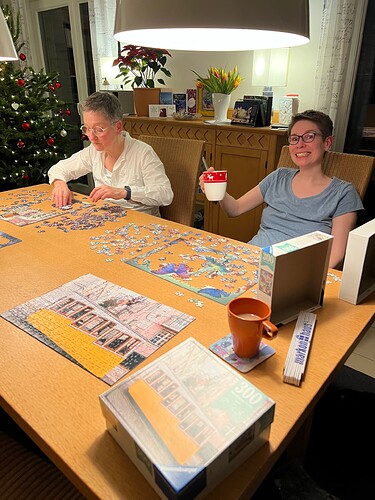 I picked four different 300 piece puzzles, and assigned them randomly. The idea is we can swap them and do another round tomorrow.

Which will be needed, because the difficulty level seems a bit mismatched. I finished mine over an hour before either Juliane and Flo got done, and Hendrik gave up after two hours.

I’ll give an update tomorrow after round two, to clarify if my win was down to an easier puzzle or to superior skill. 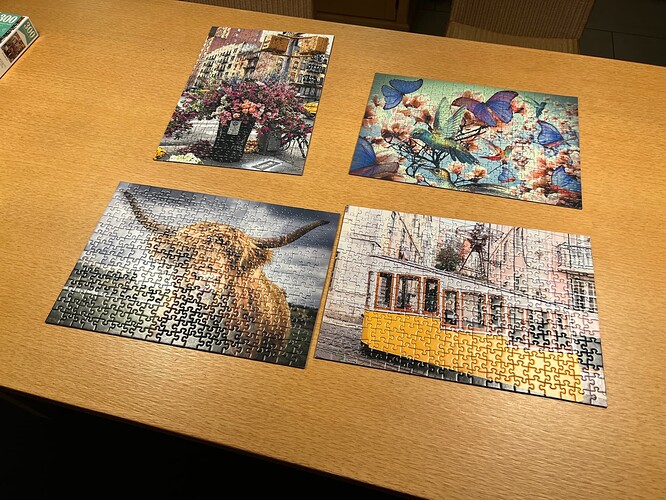 The Wildau Christmas Jigsaw Puzzle Championships has concluded!!! It was a four day event, with four 300 piece Ravensburger puzzles. 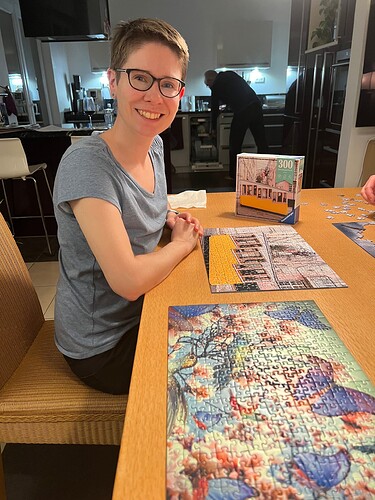 Our competitors swapped to the opposite puzzle. Juliane finished Lisbon in 1 hour 34 minutes. The suspicion that the Hummingbird puzzle was the most difficult proved true, as it took Luke 1 hour 45 minutes to finish, and was the slowest puzzle for both Like and Juliane. 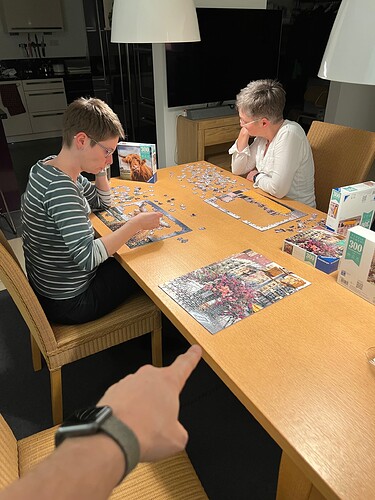 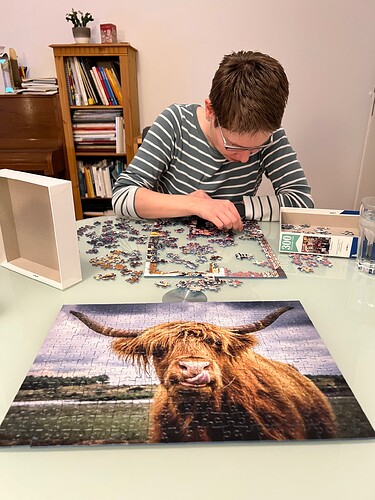 The competitors swapped puzzles for the final time. Juliane finished New York Flowers in 1 hour 47 minutes, but that was well after Luke had completed Highland Cow. The last puzzle was his fastest solve yet at 1 hour 13 minutes.

So Luke finished his puzzle first on three out of four days, and took the best overall time.

This is the first time I’ve ever tried to complete jigsaw puzzles as fast as possible, and it was a lot of fun. I’ve no idea how anyone can do 500 piece puzzles in under 30 minutes.

However, I think I’m the future I’ll go back to my normal jigsaw puzzling style of not looking at the box while solving. Typically I look at the image first, put it aside while I do the solving, then get to see the final image again only when it’s complete.

But we might do another competition next Christmas as its a fun change of pace.