Tonight on GeekNights, we consider the humble act of modding gaming consoles. From video-output mods to the Playstation "backup" chips to enhanced GBAs, it's a golden (and possibly final) age for the hobby.

In the news, Rym's still using his ancient phone, Microsoft Flight Simulator is returning in August (get your HOTAS ready for this and Star Wars: Squadrons), the SGDQ 2020 schedule is live, Shantae is getting a retro re-release, Quest for Glory is just on Steam if you want to play, as is Death Stranding, and the Game Devs of Color Expo will be online in September!

You haven’t even seen my full power.

this isn’t even your final form.

The only mod I care about. I’ve been trying to buy one for years, but the person who makes them makes each one by hand. So extremely limited supply. But is the only thing that would bring my Dreamcast back to life since the laser has died.

That’s pretty cool! Probably a lot better than dealing with Dreamcast emulation. A similar solution would probably be great for Sega Saturn as well.

Even so, if you can’t get one of the GDEMU due to limited supply, could you at least just get another Dreamcast and combine the parts to get one that works normally with discs?

He does mods for Saturn too.

could you at least just get another Dreamcast and combine the parts to get one that works normally with discs?

That’s a shame. Can’t we use parts from any old CD/DVD drive?

I think it’s because the dreamcast use a GD-ROM format, normal lasers drives aren’t compatible.

I don’t know the full details.

Probably is just way more expensive to re-manufacture a laser solution for Dreamcast.

I actually asked the GDEMU guy if he would consider doing a Kickstarter to do a bulk order.

Replied no, without a full explanation. But I reckon it may be that outsourcing manufacture of the mod boards would effectively result in clones and he’d lose that revenue.

But I reckon it may be that outsourcing manufacture of the mod boards would effectively result in clones and he’d lose that revenue.

Seems like a shortsighted person. You don’t have to send your plans to a factory far away. For something like this you can definitely manufacture at a smaller local place. You would be surprised the kind of companies you can find in little industrial parks here and there.

Also, if someone wants to clone his product, they could have just bought one from him and copied it.

Football with Toyota cars don’t use Corollas but Aygos.

Combine that with a proper Demolition Derby and we have ourselves a SPORT.

News update on the lithium ion battery I got for my GBA. It works great, no problems. However, it has its own LED to indicate its charge level. It’s so bright that it shines through the GBA case from the battery compartment.

But wait, you say. The GBA already has an LED for showing the health of the battery. That’s right. But it didn’t work properly with the fancy mod battery.

Of course, not a week after I buy the battery do they fix that problem! They are sending me out a little tiny board for free that I can attach with four wires that will make the GBA default battery LED work properly. 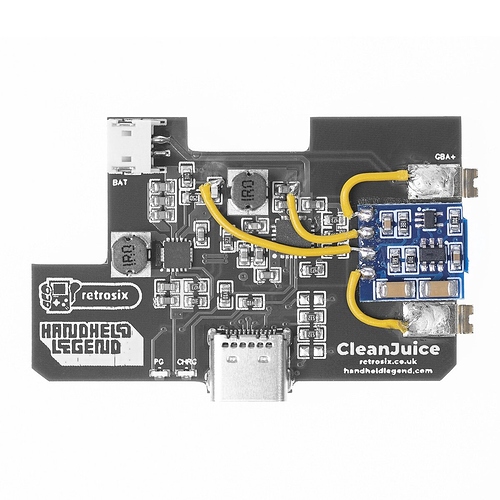 *Discontinued This is a low power add-on for the CleanJuice Game Boy Advance Rechargeable Battery Mod. Any purchases made before July 16th, 2020 are considered the first version, subsequent purchases will be for the updated model with the low power...

The downside is that it seems like the future batches of this mod will have the fix already included, no soldering required.

A couple of years back I shelled out a little bit of monies to upgrade my old NES with the Hi-Def NES Mod. The soldering skills for this mod were way to involve for my skills, so I had to send it to a professional moder, but it was worth it . Playing NES games in high definition without lag is an amazing experience. Sadly the kit is sold out, but hopefully there will be a next revision.

Last Monday I ordered the same upgrades for my busted GBA, and I am excited to get them so I can play some old games that I almost forgot about, like Astroboy The Omega Factor. If you ever wanted to watch 2003 Astroboy that game is your best chance.

Lon.TV is lowkey an awesome retro console modder that does great reviews on them. Otherwise let your parents know about him when they ask you what tech they should buy.

Also since they mentioned it on the podcast but did not link it here was the video in question:

I got the Everdrive GBA X5 flash cartridge shipped from the Ukraine. I put a 32GB micro SD in there, since that’s enough to hold everything. On the card I have the OS, emulators and ROMs for every GBA, GameBoy, GameBoy Color, NES, Game Gear, and SEGA Master System game ever. Of course I also put the Mother 3 fan translation on there.

Everything works amazingly and perfectly. This is way better than any DS flash cart I had. The high price was worth it. For most of these games, this is now definitely the preferred platform to play them on.

The only negative is that the resolution of a GBA screen, even an upgraded super bright backlit IPS one, is too low for NES or even SMS games. The emulators scale them down. This isn’t really the end of the world. I tried Mega Man 2 and beat Metal Man with no problems. I noticed the scaling the whole time I was playing, but it didn’t interfere with gameplay at all. Definitely not upset to play a game that way.

Even so, I’m thinking if getting into the RetroPie game. I just want something comfortable with a screen that can play NES, SNES, and Genesis with pixel perfection. It seems like a lot of RetroPie people out there are even loading up N64, PSX, or even PS2?!?! games. That doesn’t interest me very much. Those aren’t really games I want to play on the go.

If anyone else has the Everdrive GBA X5 and needs a zip file containing all the files you want to put on your 32GB (or larger) SD card already perfectly organized and patched and everything, let me know.

I got all the parts yesterday, and I was able to put it together in less than 1 hr, I goofed up wit the brightness wires, so i had to do some re-soldering. The new shell feels super nice, and I am thinking on ordering their gameboy case sock when I use their lowpower case promo code. 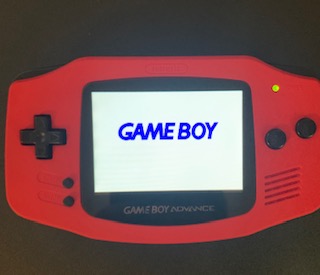 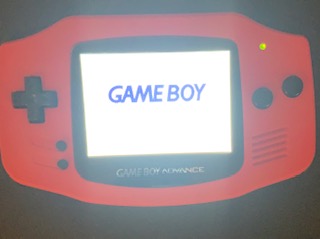 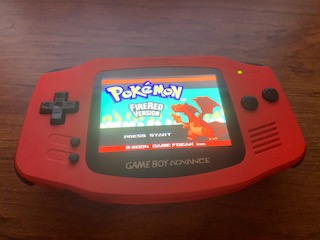 So far I really happy with the product. My only issue was that I completely forgot to place the insulating film to the screen’s metal surface. If it shorts I’ll take it as a learning experience, order another one and place it correctly.