Tonight on GeekNights, we review the surprisingly elegant Marvel Snap. Released this year on phones and PCs, it's essentially a flavor of Knizia's Battle Line (2000), itself in a narrow class of similar games of a shared lineage.

In the news, Ross Chastain changed the meta in NASCAR with "Some Video Game Shit," Embracer rebranded Square Enix Montréal as Onoma before immediately shutting Onoma down, Dwarf Fotress with Graphics is coming in December, and Call of Duty: Modern Warfare 2 disabled Steam Family Sharing, a feature you should probably be using.

Another similar game is Air, Land, & Sea by Jon Perry. It’s an 18 card game with 3 battlefields. Cards can be played face up to the battlefield matching their suit, or face down to any suit. Most cards have special effects that allow you to move them around. Control more battlefields by the end of the round to win. You can resign early and give your opponent less points, based on how early it is in the round. A PnP expansion even adds a doubling cube.

When Snap was announced, some thought it was one of the inspirations, but the team wasn’t aware of it at the time.

Get a Rusty costume going next year. 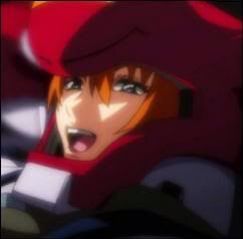