Tonight on GeekNights, we review Koji Igarashi's Bloodstained: Ritual of the Night. It's a fantastic addition to the Metroidvania genre, though it suffers from technical problems on the Switch.

In the news, Overwatch takes an even heavier hand with cheaters, Overwatch League moves to a division format with some local home games, Civilization VI play-by-cloud has a lot of issues (try Giant Multiplayer Robot or Play Your Damn Turn for now), Fortnite joins the list of games banned in Jordan, and people will do anything to avoid grinding in Destiny 2.

Be sure to subscribe to both Scott's Youtube Channel and Rym's Youtube Channel if you want all of our videos! You can also listen to Rym and Emily's new spinoff show on Disney Theatrical Animation on the GeekNights Patreon! Also come see one of our two panels at PAX West!

I think Hollow Knight deserves a much fairer shake than you gave it in this podcast. That game has an absurd amount of polish for an indie game. It definitely focuses more on platforming, combat, and story over itemization, but IMO it’s the besr indie medtroidvania to date.

I think Hollow Knight is severly overrated. I played it for several hours. It does have more polish than many other indie games, but ultimately frustrated me into giving up.

I dont know what to tell you other than i disagree. It certainly has much more challenges available if you want to master the game, but I didn’t think completing the game was harder than any other vania

There are definitely lots of challenging bosses in Hollow Knight that ask player to actually learn them and there is no real leveling system to be able to grind your way to be overpowered like on more Symphony based examples of the genre. Heck I’d wish there wasn’t even the little character growth it has, as it’s easy to get in areas where enemies take too long to kill unless you have upgraded your sword. 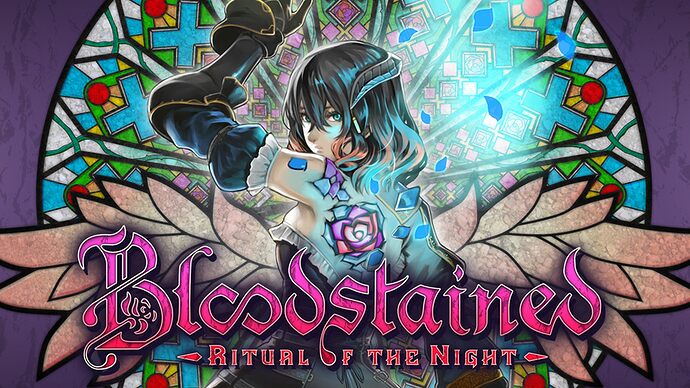 Bloodstained: Ritual of the Night

IGAVANIA (n): A gothic, exploration-focused action platformer, designed by one of the godfathers of the genre!

Looks like the patch is going to fix everything with the map, which is great.

They are nerfing my favorite weapon and favorite shard. Guess I did a good job of picking the OP loadout.

How much they fix performance remains to be seen.

Is this game worth 40 bucks? I’m guessing yes.

If you really like this sort of game and get the Steam version, yes. Maybe still wait for at least a little bit of a sale. Don’t get the Switch version, though.

Mmm. Waiting it is then.

The Switch version has some laggy, busy rooms and some screen transitions that are slow, but it’s still pretty great.

I like Symphony more for sheer inventiveness and weirdness. Ritual has more busywork that you can optionally do, but it’s more efficient and approachable about it—which is what I’d expect from two decades of game design refinement.

I am playing the switch version right now the recent patches helped, though it’s not perfect.

I’ve been picking this game up again and you can really tell the dude who made Symphony of the Night and those GBA metroids was behind this one. Just map design and the oddball enemies alone put it above most other games trying to ape this style. My biggest complaint really is all of Miram’s character grunts and death sounds are real cringy and are doubly awkward when you have a girl living with you.

Just picked this up, and enjoying it big time.

UI gripe: when you’re looking at an alchemy recipe, or stuff in the shop, it needs to say how many you currently have in your inventory. This seems like such a no-brainer. Am I just not seeing it in the UI?

I also re-listened to this episode. Rym talking about not using the Castlevania IP:

I would play that game.

I guess they keep adding stuff to this game:

Bloodstained - Ritual of the Night