GeekNights Tuesday - 1846: The Race for the Midwest

Tonight on GeekNights, we review 1846: The Race for the Midwest. It's an interesting experience, and it's survived multiple plays despite its long session time. If you want to try a scary train game, this is the one.

In the news, the new Hearthstone expansion drops on Thursday this week, the Formula 1 esport is more fun to watch than actual F1, the Overwatch league jerseys will soon be available, and Russia is banned from the olympics for cheating.

The GeekNights Forum is amazing, and you should join it! Support GeekNights on Patreon! Stay tuned for regularly scheduled Judge Anime By Its Cover!

You’re correct that the initial company draft is the only random part of the game.

The most difficult recalculating of routes is when you shift from a bunch of 2 trains to permanent trains. Some track exists primarily to ensure, say, B&O can run to Wheeling twice for the steamboat company or NYC can run to Cleveland twice, and then becomes useless until you can get two permanent trains.

The biggest advantage to starting a second company is that you create a bunch of money from nowhere to buy permanent trains (you can raise a lot of capital by issuing shares) and those trains can be bought across to the ‘correct’ company (preferably the one where you’re making a greater margin than your opponents on the dividends!)

The most common “usually smart” thing I see newbies avoid is issuing shares to the stock market in the first operating round. If no one bought your shares (because your share value was really expensive or whatever) you probably want at least one or two in there BEFORE the value drops at the end of the first operating round so you have more money to throw around on trains or buying in private companies.

The second common mistake is only buying a single 2 train - that’s what happened to Amanda’s PRR at Unplugged. She was stuck in stasis where she couldn’t make enough money to increase PRR’s stock value, no one wanted to buy in because revenues were low. She only had two PRR shares, so at most PRR could raise another $180 or so by putting two more in the stock market. It was… a lot like that game of Saint Petersburg we played at the party, actually.

For those who are interested, this is the review that made me invest in learning this game in the first place:
1846 — a fine introductory game in the 18XX series

I like multiplayer solitaire games. But usually I play them actually solitaire, ha. I expect that Me, Myself, and I will really enjoy playing Pandemic Legacy.

Train games aren’t a big interest of mine, but I have of course heard if the 18xx games and should probably play one at some point for the experience. On that note, the top 40 games panel you talked about sounds fantastic.

If you want to try a similar game that’s less complex and punishing, and has more player interaction then I’d strongly recommend Panamax: 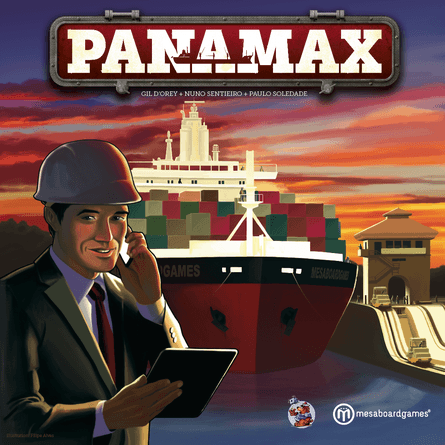 It has a few really interesting mechanics where you can force people to cooperate with you, while retaining the stock market play that makes 18XX games interesting.

I can’t be the only one who thinks the Olympics should be discontinued or at least severely scaled back for a variety of reasons, political and social. Barring that just get rid of all the cheating rules and make it a free for all of doping, drugs, cyborgs and mutants.

Yes, the IOC is evil and corrupt. If not the most corrupt, it is second only to FIFA In the sporting realm. Many countries Olympic committees are equally corrupt and complicit.

However, the actual core and spirit of what the Olympics is should never die until the day that there are no more countries and humans on Earth are united as one.

I’m not disagreeing with the spirit, it’s just the spirit is gone from the current institution replaced with greed, corruption and nationalistic dick waving. That’s why I really think that the best solution would be to scale back or change how it works. Instead of bidding to host, build several complexes, like a few on each continent and maintain them, or better yet refurbish existing ones from prior Olympics and reuse them.

The Olympics need to be non-profit. Public domain.

However, the actual core and spirit of what the Olympics is should never die until the day that there are no more countries and humans on Earth are united as one.

The spirit of the Olympics in it’s modern incarnation (since about the 1930’s) has always been a nationalistic dick measuring contest. This is why Putin spent so much effort to host + dope his way to the top of the medal count.

That’s what I said.

I meant in the institution of the IOC / various national committees, not the participants or the event itself. I think we are basically in agreement though.

I’ve got to take issue with the “where is boxing now?” sentiment on this podcast episode. Boxing in the USA might be languishing, but in Europe and the UK it’s still as big as ever. I guess that’s where the big stars are now.

Anthony Joshua versus Wladimir Klitschko back in April was one of the greatest fights I’ve ever seen. Like something scripted for a movie. 90,000 people in the live audience in Wembley Stadium, a record crowd for the last 60 years or so.

I’ve got to take issue with the “where is boxing now?” sentiment on this podcast episode. Boxing in the USA might be languishing, but in Europe and the UK it’s still as big as ever.

I honestly had no idea.

Even if you’re fairly deep in sports/pop culture in the US, boxing is largely invisible. It’s all MMA or nothing.

Mayweather v. McGregor was ultra-huge. And was half MMA.

Luke, how often is there a fight that makes it into the general public? In the US, maybe one or two a year get buzz beyond the actual boxing fans.

I’m not sure there is a standard. Boxing is always around in the sporting news, and breaks through when there is a big fight. Klitschko was huge in Germany for the last decade or more, so every time he defended a title it was usually in Germany and usually a big deal. But at the top of the world heavyweight division, that’s only one or two fights per person per year. Now Anthony Joshua is blowing up in the UK. He won the olympic gold and is already various world titles holderer. All his fights break though into the mainstream because he’s a massive star. But again, that’s only two so far in 2017.

These fights don’t happen often, but they are huge because of it, I guess.

In the US nowadays boxing is only in the news when there is an enormous fight. Enormous meaning that even your Klitschko fight was not mentioned. Only the Mayweather level of fights get any press. When they do happen, they create a short but large sensation, then it evaporates to nothing within 24 hours after the final bell rings.

I know very little about the state of the industry of boxing, other than the fact that it’s not common knowledge stateside.

I know this because every time I gush about Guillermo Rigondeaux. It turns into teaching about who he is.