GeekNights Thursday - Things that Grind or Grease our Gears

Tonight on GeekNights, we talk about a lot of things, from the content-seeking that comes from being a podcaster to beards, fart cars to the senate, and anything else on our minds. In the news, lotteries do seem to drive COVID vaccinations, and the newest Adventure Time installment apparently hits hard.

I also confirmed that some laminated tempered glass will shatter in the manner we described, but windshields specifically often won’t.

As someone who wants to see things change politically it is maddening that partisican politics basically boils down to “fuck you you get nothing.”

Organizations I am looking into to help basically boils down to call senators and try to convince them to change their mind, but not the ones in your state since they are being paid to not change their minds. 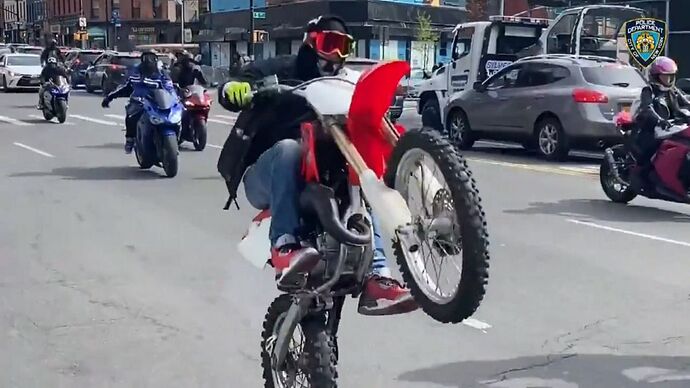 Angi Gonzalez has more on the story.

Basically you call the cops and tell them where an illegal dirt bike or ATV is parked. They come get it, take, it, and wastefully crushinate it. Then they pay you $100.

This is not great. First of all, that $100 reward is coming from our tax dollars. If we still haven’t defunded the police, WTF are we paying them for? Cops get in your fucking truck and drive around town. The bikes are everywhere. You don’t need someone to call them in. You can just see them. And if one is riding around, do your job and be a detective to figure out where it lives. Don’t go paying someone else $100 of our tax dollars for doing your job for you. Hey anyone want to do my job for me? I’ll pay you $100 per task.

Second of all, just crushing perfectly good machines? Yes, they are illegal and dangerous, but not completely without legitimate use or purpose. Just wasting them like that? Find a creative way to repurpose them, or their parts, in a safe and useful manner. Those tires and/or wheels could be used for something. The engine could be used for something. Maybe there’s someone out there who operates an offroading tourist attraction that would love to pick up a bunch of working bikes on the cheap.

And lastly, the people who own these bikes are unlikely to be wealthy. Taking their bike and just smashing it kind of fucks them over. Despite being illegal and dangerous, that might be their transportation you just took.

There are a lot of different “groups” of these vehicles out there.

There are the licensed full-sized motorcycles that people are just driving in bike lanes and park paths at speed. Usually just one. I get passed by one almost every time I run over the Queensboro. It’s especially dangerous considering how narrow the bike paths are, and if you’re in their way they honk and yell. I’ve literally had to low-key jump out of the way to let them pass. These riders are usually not wearing helmets, are not of any particular identifiable demographic, and appear to mostly be trying to avoid traffic. I bet the only reason cars aren’t doing this is solely that they don’t fit.

There are a lot of younger people who have hacked a two-stroke gas engine to their regular bicycle. (I think someone is selling kits to do it). They are extremely dangerous to the rider and anyone near them: bicycles aren’t built to handle that kind of torque or stress. They’re also in the bike lanes and park paths. Sometimes solo clearly trying to avoid attention, but also in big group rides.

There are the ATVs and dirtbikes. I almost never see them ridden individually: it’s usually a large group ride. They’ll literally ride out into the street to block it, and then take it over to do tricks and race. They then bail off the road into a bike path or park, ride around, and re-enter the street somewhere else to do it again. Lately they’ve been gathering in parks and riding around on the lawns causing considerable damage. They’ve been mobbing the West Side bike/pedestrian path as well recently.

At night, the dirtbikes, ATVs, full-sized motorcycles, and illegally tricked-out cars race back and forth over the Queensboro bridge (and other bridges) for hours. They’re so loud the windows rattle. It’s almost every single night. I see them in the bike lane up there if I’m out for a night run.

Pre-COVID, these were all still happening, but not that commonly. Every now and then a big group ride would happen, but it was rare enough to be noteworthy. For the last several months, they’ve been increasing significantly.

I think we could get rid of the two-stroke hack bikes by having a program to subsidize/give away ebikes. I do think a lot of people are using those for transportation. While they’re dangerous, they’re often being used individually, and the people on them are trying to keep a low profile.

My main concerns about them are the extreme pollution and noise they generate, and the danger they present to their riders.

The problem the large group rides with these particular bikes are basically the same as the other group rides that keep happening, and aren’t really specific to this type of bike.

Helping get safe and affordable transportation to the people using these things would go a long way toward reducing the problem space, while also helping people materially.

We have the same issue in Philly, there is no legitimate use within the city borders. There’s no legal way for the city to repurpose/resell the items in question except through a sheriffs sale which is local and highest bidder which would invariably get the bikes and atvs back in use within the city. Destruction is the most straightforward manner to prevent any future illegal use of a seized bike/atv.

The only real answer is to make our roads inhospitable to this kind of activity. Too many straight wide open streets. A street in a city where people live and walk should be narrow, twisty, and not a place a person would even want to ride such a vehicle because it wouldn’t be fun. 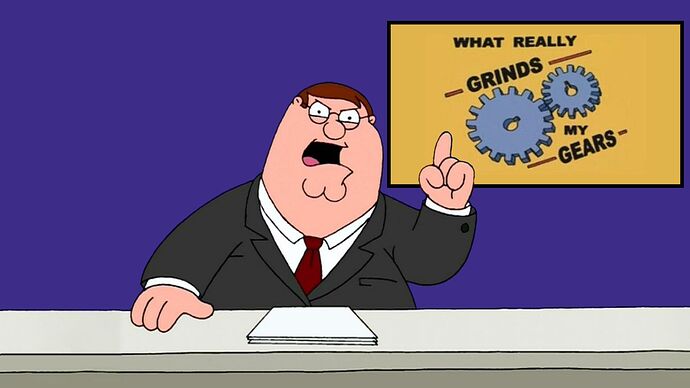