Tonight on GeekNights, Rym and Emily talk about their recent trip to London. We're staying home for Thanksgiving and thus have no excuse not to do a show!

" The Barbican Complex is a prominent example of British brutalist architecture…" 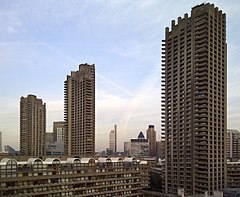 The Barbican Estate is a residential complex of around 2,000 flats, maisonettes, and houses within the City of London in Central London, in an area once devastated by World War II bombings and densely populated by financial institutions. Originally built as rental housing for middle and upper-middle class professionals, it remains to this day an upmarket residential estate. It contains, or is adjacent to, the Barbican Arts Centre, the Museum of London, the Guildhall School of Music and Drama, ...

Launderettes are mostly closing down and it’s a problem.

When I was in London two weeks ago, I too took a trip to Canary Wharf, simply because I had never visited before. But it was part of a bike ride that included the Olympic park, Isle of Dogs, Greenwich and more.

The air conditioner building is that shape because London has “protected views” which keep airspace clear so you can see historic buildings from other historic buildings. It kinda frames the view of St. Pauls from one of the angles. At least it does if it’s the building I think you are talking about. 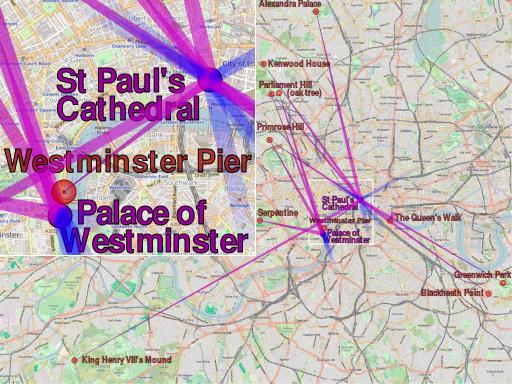 Loved The Play That Goes Wrong. It came to our city at the start of this year. The same guys did another one called A Comedy About A Bank Robbery which did some really clever things with its set too with a big dollop of farce to the slapstick.

I was always vaguely aware of that regulation, but it makes a lot more sense seeing the map.

Most of the time I’ve ever spent in London is right around St. Paul’s and Gracechurch, so I rarely encountered these buildings actually being in the way. I guess from other angles they end up just looking kind of odd.

I really do like the London skyline though. The variety of building shapes, sizes, and styles is pleasing.

Wait, you guys saw weird fascist football players, too? I was in London in 2012 and saw the fame thing. Weird.

It doesn’t seem that weird to me. Football fandom/hooliganism, skinheads and punks/antifa are all very British working class things, so I’m not surprised to see them intersecting.