Tonight on GeekNights, we superficially cover the idea of working from home, how it's been enabled by technology for some time, and how almost no one is actually allowed to do it. But really, it's just fluff while we talk about the Apple App Store antitrust suit, designer babies, stealing bitcoins, shopping bots, and our upcoming panels at PAX Unplugged!

Croutons are also for soup. Like french onion soup.

Scott is so full of shit in this episode. Ethics and integrity is a thing at work.

Ethics and integrity is a thing at work.

Well, you’re doing work that helps people, which is different

If I had infinite free time I would go through old episodes of Geeknights and archive Scott’s descent into curmudgeony.

Scott is so full of shit.

There, I fixed it.

Most people here have nothing to fear from Gritty. 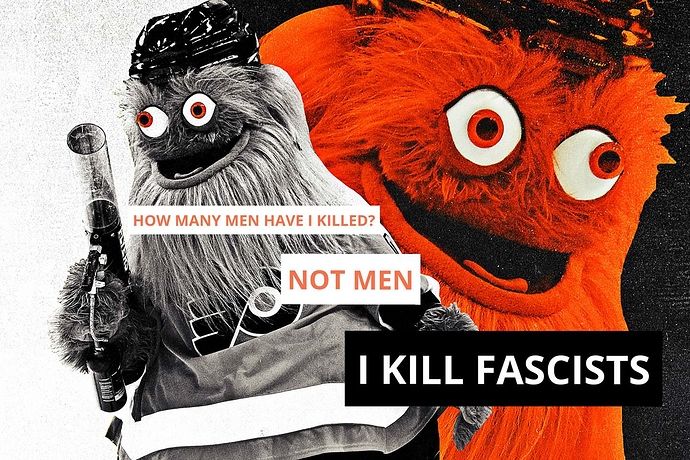 Actually, it’s because she is not working for / being exploited by a for profit enterprise. She is serving. Completely different.

What’s the line between exploitation and labor?

There are two lines.

First there is the matter of being ripped off. Someone makes widgets. They get paid $1 per widget. The widgets sell for $10000 each. The materials and such to make the widget don’t cost anywhere near $9999. The employee is being ripped off. They are trading very valuable labor for not enough dollars. Like if someone traded 100 sheep for 1 wood. Just unfair.

Then there is the cost to the employee to do the work. When anyone works it costs them time, effort, opportunity, health, etc. No job should cost the employee too much. Nobody should have to sacrifice their health for someone else’s profit. Also, regardless of how much the widgets are selling for, even if the employer is taking a loss, compensation must always cover the employees costs to work and live. Someone makes five widgets that sell for $1 each, but they still need to be paid a few thousand dollars because rent and food are a thing.

Even if both lines are crossed, it is still in the best interest of an employee at a for-profit enterprise to get as much compensation as possible in exchange for as little work as possible. At least trade 49 sheep for 51 wood to turn the tables a little bit.

Well, this is why my dream game studio is either a Public Benefit Company or a Co-Op.

Nice. Good luck getting to the beach, though. You’ll need enough money for EVERYONE to go to the beach.

Curious, what’s the opinion around here about worker co-ops?

That is to say every employee is an owner with voting stock. Ala this company.

Is there integrity there? Also fun fact, that corporate structure is significantly more common in Italy and Spain. Maybe one day I too will partially own my job.

That all depends. How much of a jerk are you, and how much do you want to rip off the other members of the co-op? Presuming all members get an equal share, it’s not very cool if you do less work than everyone else.

Yes it’s equal share for all. Otherwise what’d be the difference between this and more normal corporate structures?

As to how cool I am. That is a stupid question to ask anyone about themselves. The answer should always be, amazing. Gotta ask someone who’s worked with me to find a more unbiased answer.

If you’re a founder who invested a lot of sweat equity in startup, Do you get extra shares or a payout that compensates for that initial risk and time? Or should no one ever take on a venture that isn’t fully funded thru investment or loans from day one? If the goal is everyone gets voting rights and a fair share of the profit, then that’s fine. But not everyone should get equal shares unless everyone has about equal stake or people who put in more are compensated fairly and competitively.

Speaking only for myself. I have little respect for founders or people that “put sweat equity in”.

We have a name for that in economics it’s called meeting demand. If you didn’t do it someone else would. In a worker coop, you get the same voting share and same dividends everyone else does.

As to proper compensation, A worker co-op does still offer salary, you don’t just get more dividends. The software engineer still makes more than the mail room person. They just get equal share in the profits.

That’s not possible until we’re post-scarcity.

There are two ways to go. Either you have a sustainable company where everyone gets fair value, but there is no practical chance of going to the beach.

Or, you take investors and try to amplify your company’s total value without amplifying anyone’s compensation, in order to possibly get everyone to the beach.

If you didn’t do it someone else would.

Not anymore. There are very few “someone else’s” who would be willing to shoulder the risk of most things. Even if the risk is low, there are almost always less risky or more lucrative ways to increase your own value.

Why make a game company, when you can invest in X, where X is far more likely to pay out with far less risk?

There’s lots of demand for a better twitter. There’s even enough demand to make a profitable one. But, the investment required isn’t worth the risk for anyone who has the money to invest.

There’s also a term for that, it’s called market saturation. If enough people think like you do, they’ll eventually become wrong. Ebbs and flows.