Tonight on GeekNights, because we are in our late 30s, we talk about kitchen appliances. Stoves, cooktops, refrigerators, and dishwashers. In the news, Windows 10's May update has some stuff in it, twitter plans to fail to stop misinformation from spreading with their same old tricks, Apple is reported to use 12-core 5nm ARM in their coming Macs (we'll see how that goes), and cable TV is dying even faster without sports. We don't talk about washing machines or dryers or the like because we did a show on laundry a while back.

The major Windows update has been reportedly delayed until the 28th.

Does anyone have any particular experience with brands of induction cooktop? I’m looking to replace my kinda crummy electric cooktop with something FANCY, and I’m not sure if I want to run propane or take the induction plunge (most of my cookware is already induction-compatible so that’s a non-issue).

I’ve really been eyeing zoneless induction cooktops, but the ones I can find are several thousand dollars, and I don’t want to drop that kind of cash on an unknown. I’ve been looking at “bridging” elements but don’t know how well they work. Anyone have any insight?

The best induction range I know is the Breville Control Freak. It’s probably the only thing I would prefer to gas. Too bad it’s $1500 for just one “burner”.

This is the one I’ve been eyeing. It’s well-reviewed, and honestly, if you would spend $1500 on one burner, spending $5k to get 4 of any burner size is a steal in comparison. 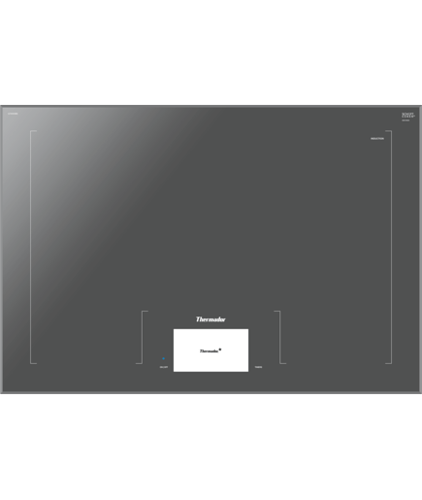 The question really is whether the “freedom” mode is worth they hype.

What’s the deal with the Control Freak? What makes it the best?

I do not enjoy the wifi on the one you linked. Wifi + fire = danger.

The control freak lets you specify the precise temperature you want to heat to. It senses the temperature of the pan many many times per second. It also has an optional probe thermometer on a wire you can put into your pot. If you do that, it’s precise enough to sous vide, but it obviously won’t circulate the water. Want to do some deep frying or candy making? No more messing with thermometers. You tell it “make this shit 375” and it does it.

It’s really not a product meant for the home. It’s used almost entirely by professionals to get extremely consistent results. Also, it’s sort of portable, so you see a lot of pro chefs cooking with it on TV or YouTube when a pro stove isn’t available. It’s also good if you are super pro at cooking, but you rent an apartment, and your stove sucks, since you can just put it on the counter and plug it in.

I do not enjoy the wifi on the one you linked. Wifi + fire = danger.

Also updated it to be the specific one I was looking at.

WSL2 is so close.

About Apple being able to recompile for new architectures from the app store: that’s not possible with MacOS apps, as far as I know.

However, it is possible, and mandatory, with WatchOS apps and tvOS apps! Because with WatchOS apps, the developer doesn’t submit already fully compiled code, instead they submit some kind of LLMV bitcode type thing (the exact details are beyond my knowledge), and the final version is compiled from that.

This means that when the new Apple Watches came out a few years ago that switched from 32 bit to 64 bit architectures, nobody had to resubmit their apps. They were ready to go already with a compatible instruction set.

The bitcode option is available for iOS too, but not mandatory. If it is used, I’m sure that opens options for iOS apps to be able to run on macOS on a MacBook, though I’m not sure how that will work out.

If the intermediately compiled bitcode option is possible for macOS apps, then the transition to ARM should “just work”. 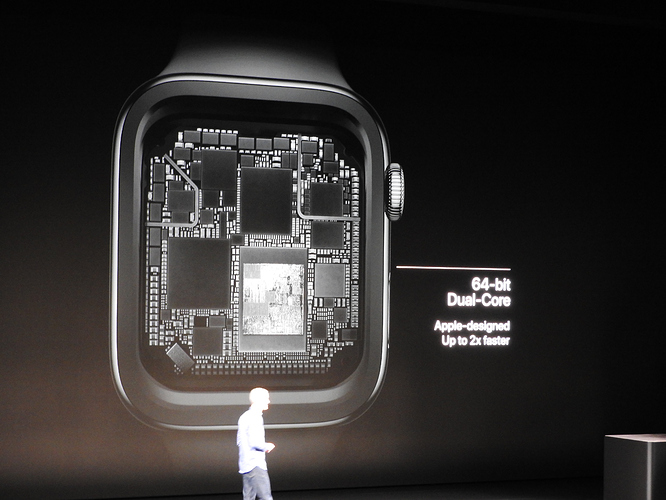 How the fuck can you switch from “a centimeter of water” to “now there was two inches of water” in the same anecdote?

Honestly? Not really. I’ve been working with tools, fasteners, and other stuff like that in both systems for so long that it’s just kind of automatic. There might be a momentary hitch while I switch gears, but nothing notable. Though I suppose it helps that you have an objective thing there to deal with - it doesn’t matter if you call it 39-and-change thousanths of an inch, or 1mm, it’s the same distance on the object, so as long as your measurement is accurate, it’s the same cut.

Honestly, it’s more annoying if things are in different tool and fastener systems. A half-inch socket isn’t the same as a 12 or 13mm socket, because it’s 12.7mm across the relevant points. Threads aren’t always compatible, even if they initially seem that way. Not to mention different measurement standards - a half inch Whitworth(British Standard, measured by bold diameter) is different to a half inch A/F(American, stands for “Across Flats”), and they both have different conversions to metric, where they have them, along with different thread standards that also aren’t always compatible with the others.

But, that’s getting off point, getting back to it, the one that gets me is temperature. I have zero internal reference for how hot or cold anything in imperial degrees is. A 60 degree day? Fuck knows, could be hot, could be cold, could be pleasant or shithouse, it’s up in the air.

But that’s not an anecdote about water in a broken dishwasher.

How the fuck can you switch from “a centimeter of water” to “now there was two inches of water” in the same anecdote?

We’re Americans. Both systems are natural and used depending on context, and also randomly. I’m just bilingual.

I don’t foresee the vernacular of America changing to be solely or even primarily metric in my lifetime. Generally whenever I use a metric unit other than maybe cm, people ask me for clarification in a unit they are familiar with.

The units of depth I use are:

As soon as something is more than few of a lower unit, I tend to just start using the larger unit. 1cm, 2cm…3cm?.. INCHES.

Either that, or I default to the unit in which I am meaningfully interacting. I can reduce the water level by about a centimeter by running the purge cycle. But if I’m just looking at how much water is in there, it’s a little over 2".

But that’s not an anecdote about water in a broken dishwasher.

I know. The point is the fluency of switching, not the specific circumstance. In fact, if I’m writing something that requires small measurements professionally, I generally will do a specific edit pass to ensure my units are consistent for the market I’m selling to, though I do include conversions.

I don’t foresee the vernacular of America changing to be solely or even primarily metric in my lifetime. Generally whenever I use a metric unit other than maybe cm, people ask me for clarification in a unit they are familiar with.

Yeah, that’s pretty likely to be the case. We changed many years ago now, and people will still imperial for casual measurement. The divide tends to be imperial for something you didn’t measure(couple inches of water in the bottom of the dishwasher) or the actual measurement isn’t the point(Walk there? Fuck that, I’m taking the car, it’s miles away), and metric for something you did, or it’s actually important.

I know I mix measurements when I’m using figured of speech. Like “that was miles away” or “it slipped an inch”.

But in this example Rym said two precise measurements about the same thing, two sentences apart. And the first was in centimeters! If he had said “about an inch” and then clarified by saying “it went up from about 2cm to 5cm”, I’d totally get it. But he went from more precise to less precise in the same story and it breaks my brain.

Why can’t I just not notice these things?

What do you mean Rym made two measurements, the first 1 being 1 centimeter and the 2nd one being II inches?

This is me intentionally mixing cardinal and ordinal numbers as well as spelled out numbers and arabic numerals (and roman numerals) in the same sentence to get a rise out of Luke.

This isn’t the first time you’ve noticed these incongruities that others don’t notice and I think that’s just something you do. From the outside looking in it’s a bit amusing.

In the podcast. A story about water in the bottom of the dishwasher. I don’t know if Rym speaks in Roman numerals somehow.

But in this example Rym said two precise measurements about the same thing, two sentences apart.

Ahhhh, I’ve not caught up on the episode yet. Still, it would have slipped by me, I’ll be honest, by the sound, it would have just struck me as not being a meaningful detail. It would just mentally translate as " bunch of water in the dishwasher" and then “a bunch more water than that.”