Tonight on GeekNights, we consider the archaic "computer magazine" that you may have heard old people talking about. From PC Gamer to Maximum PC to Computer Shopper, the pre-Internet was a wild time. In the news, Western Digital "My Book" users had all their data deleted in a convoluted story, Western Digital tried to trick people into buying inferior drives, Google's internal dysfunction led briefly to Google News failing for all Google Workspaces users, and Sir Clive Sinclair has passed away at 81. Also Rym was nearly attacked by a crazy driver biking from Poughkeepsie to Queens on Sunday.

I used to be a subscriber to Yahoo!'s magazine in the 90s. I was introduced to Newgrounds through this magazine, which led me down a rabbit hole to a wide range of Internet entertainment.

Cycling sucks in the USA because of Stroads: 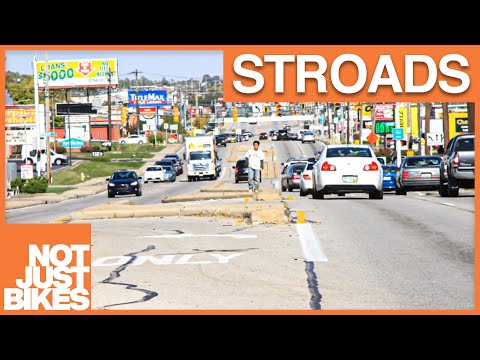 Archive.org has a lot of magazines available for viewing online.

That describes basically every road in the entire state of New Jersey.

I noticed it the most when visiting Kansas City, one of the main examples in the video.

Someone would give me a lift somewhere else in the city, and we’d turn off the freeway, and in Europe that means that you’re close to your destination. As in, you’ll be there in 5-10 minutes, unless you’re heading deep into the city center where you’re going to get narrower streets or traffic.

But in Kansas City, we just kept driving for another 30-45 minutes. Not like we were driving out of the city into the countryside, as we were still obviously in a built up area. Stopping every other block for traffic lights. It took ages!

And in between, unending Jiffy Lube signs, which never failed to make me giggle inside.

This is partially because stroads, but also because we just have too much land and things are far apart.

It’s not that we have too much land, it’s that we built things really far apart. We could have all that land have just highways and have the rest of the space be as dense as europe, we just don’t.

IIRC this is partly a result of the coldwar and us not putting all of our eggs into one basket, as it were.

A highly dense urban area is extremely vulnerable to a single nuke. Whereas a highly decentralized/sprawling urban system means that the enemy couldn’t ever cover the whole area coughMIRVScough, and thus helps ensure the survival of some of the population.

I don’t know if it’s the Cold War, because we were already metastasizing across the continent before the end of World War 2. The entire frontier cycle is just using land to relieve social pressures and schemes to rob people of the land once you’ve “given” it to them.

How different are the suburbs, the cycle of white flight, and the way we’ve built so spread out really? I feel like it’s more a new expression of the old cycle.