Tonight on GeekNights, we talk about CI/CD. Continuous Integration and Continuous Delivery (or sometimes Continuous Deployment). In the news, everyone hates Bill de Blasio, Vote tomorrow if you're in New York, the T-Mobile outage was not a big deal, Apple is switching to ARM (among other announcements at Apple WWDC), and Microsoft kills Mixer. 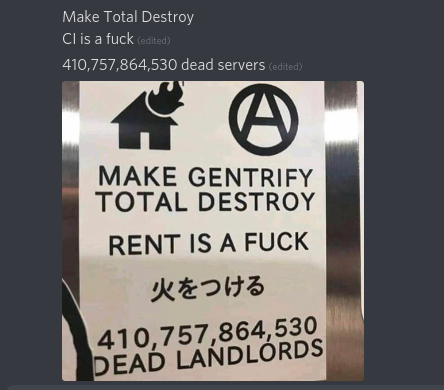 Today is the last day of Mixer.

Your technology was awesome but your marketing was shit, so long Mixer.

Right? They had easily the best tech stack in the entire streaming world. Youtube was pretty far behind, and Twitch is basically in the stone age on a lot of basic capabilities.

The things they were better at didn’t help them beat the competition. See also: Betamax.

Honestly I think Twitch has massive first mover advantage compounded by their strong community outreach. What inherent advantage to the consumer/audience was there to follow a streamer to Mixer from Twitch? Competitors still viable are those who are already massive businesses where its a feature add to their existing platform and it can be a cost center without issues. Even then, I don’t think Youtube/Google and Facebook really treat it as seriously as they could.

The main reason to stream on any particular platform is discoverability. If you are just looking to stream live video, you can use anything or even do it yourself if you can pay for it. Then just get your audience to go to the right URL.

But if you stream on YouTube, people find you in recommended videos. If you go on Twitch, people click on a particular game and find you playing that game even if they don’t know who you are. People don’t go to Mixer at all because they don’t know it exists.

I wonder if we can make a site that is simply a streamer aggregator that does a better job of discoverability than Twitch, YouTube or anyone else. Then try to get the audience to go through us. Much like Google runs the web, even though other people provide all the content because they control discoverability. If it succeeds, Twitch, YouTube, etc. will become commodities that just provide video streaming infrastructure.