Tonight on the GeekNights Book Club, we review and discuss Yoon Ha Lee's Ninefox Gambit. Far future calendar-fueled space battles abound, and we had a good time with it. It's book one of the Machineries of Empire series, and Rym is already well into the rest of it. We also announce that the next book club book will be Nnedi Okorafor’s Binti.

I literally finished Binti yesterday morning. It’s very short and I’m not sure what you’ll find to talk about for more than 10 minutes.

I went to download it and saw it was 96 pages? I think it’s a novella.

You could read it in one sitting.

May need to make it a double feature and pick another short book for a double review?

Yup. Very much a novella. As you can see from the audiobook screenshot above, I listened to the whole thing in 2 hours 30 minutes. I don’t think it’s worth listening to that much time of Rym and Scott saying “the next book is…”

I see you rated A Psalm for the Wild Built a 5, that’s a short book. Iv’e only read her first book, A long way to Small Angry Planet.
Can you jump into Pslam or do you need to read the series?

That could be an option to help pad out Binti

Are you asking me?

I thought Psalm for the Wild Built was garbage. It got five stars due to Juliane liking it so much and me not caring about it at all due it being so short, so not worth rating.

It’s the first in the series, so no need to read anything else before it.

My review on Goodreads: 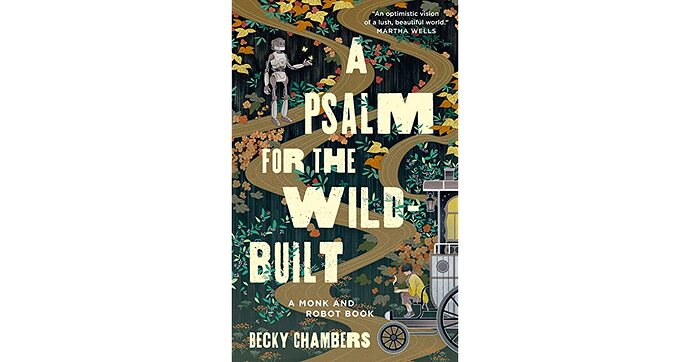 Luke Burrage's review of A Psalm for the Wild-Built (Monk & Robot, #1)

2/5: So many reviews I've read say Becky Chambers's writing is like a warm hug. It is. But for me it feels like a warm WET hug, which is less comforting and more clammy and cloying. This was a miss for me. But then again, I bailed on two of the...

Oops, yes I was replying to you but stuffed it up on my phone. :-/

Ah, I often browse SFBRP to find a good book to read and saw you had Psalm rated 5 stars!

Yoon Ha Lee hadn’t read the Culture series before writing Ninefox Gambit, so any similarities are via other sources. I know this due to a Twitter exchange I had with him on Twitter, where I recommended starting with Player of Games, not Consider Phlebus.

However, finding the tweets is now very difficult because it seems Yoon Ha Lee blocked me on Twitter. Not sure why, but I presume it was for our less-than-complementary review of his latest novel.