Tonight on the GeekNights Book Club, we consider Arthur C. Clarke's 2001: A Space Odyssey. You may have seen the movie.

In 1968 Stanley Kubrick released one of the all-time classic movies, "2001: a Space Odyssey". Until recently I had thought that this movie was based on the book of the same name. That is not the case.

What actually happened is that Arthur C. Clarke was writing the novel and also working on the screenplay with Kubrick simultaneously. The novel wasn't actually published until after the movie was released.

It would be impossible to maintain our pride as geeks without having read one of the most well known sci-fi novels of all time. It will be fascinating to see how it differs from the movie. I'm especially interested to see how the more psychedelic parts of the movie translate to written language.

If you’re in London. 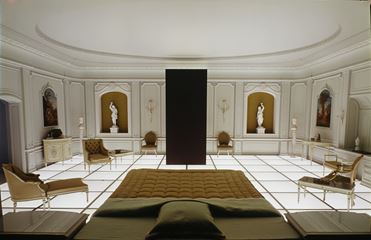 This talk explores the architecture of London through the eyes of Stanley Kubrick.