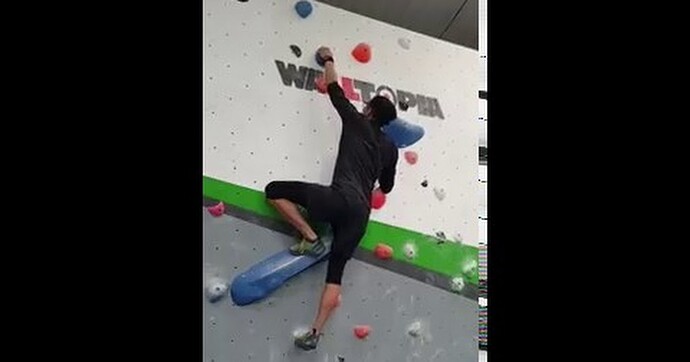 In the video, I start incorrectly, with my right hand above the start hold (left hand). This video was just a demonstration. I had already completed the climb, before I could get someone to record. By that time, my arms were already too tired to start it correctly again.

There was a much harder blue puzzle that I nearly completed on my first go then abandoned, because there was no one to record the success. XD

I attempted again later and didn’t even get close to were I had gotten initially. Tired arms are useless.

This was my second time bouldering, so still on beginner difficulties. The blues and the V4 pinks really challenge my current physical limits. So managing to grab that last hold is very satisfying.

I would put V4 solidly into the “intermediate” category.

Yeah, I’d count a V4 as intermediate as well. Though I know some gyms can be weird in how they rate stuff, I try not to think about the ratings and try everything that I can do.

I have only started getting into V4s and V5s myself. I did something really stupid about a month ago and sprained my ankle the monday before PAXEast demonstrating a “really cool” route to some friends that I had done a few times the week before. I don’t have a video of me screwing it up but I do have a video of me sending it. My gym has this as a V2. 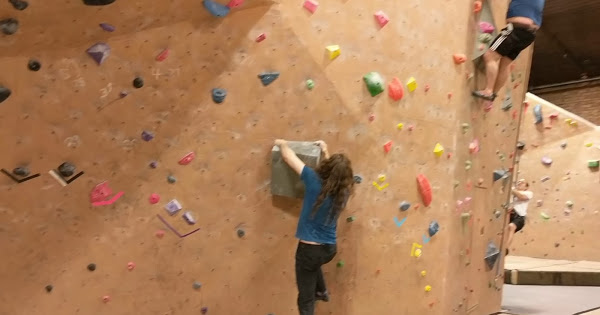 (edit: I swing pretty wildly when I make the dyno, on my subsequent attempts I was able to arrest my motion by using the volume)

The V4 is the hardest that I’ve attempted. The rest that I actually completed were V0-V3.

I had friends who could do what were rated V2s but not a particular V0.

Today’s puzzles were mostly V2 & V3. The new puzzles were too difficult for the grip I had with my shoes. More importantly, I don’t have enough finger strength to tackle them yet. I get to certain parts, that are just un-doable without more strength.

It will be a while before I can do attempt V4+. Did quite a few blues, which I’m pleased with at least. 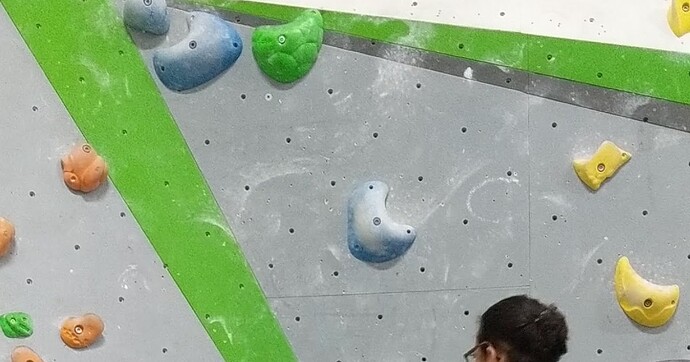 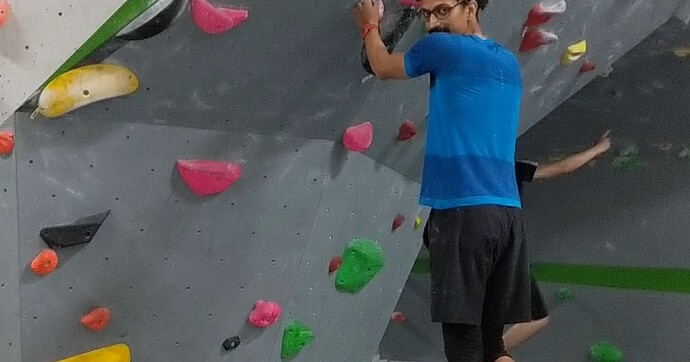