This is a thread in the flamewars category, that talks about flamewars in general. I couldn’t think of a better place to put this piece about a journalists/writer’s attempt to engage with her twitter trolls 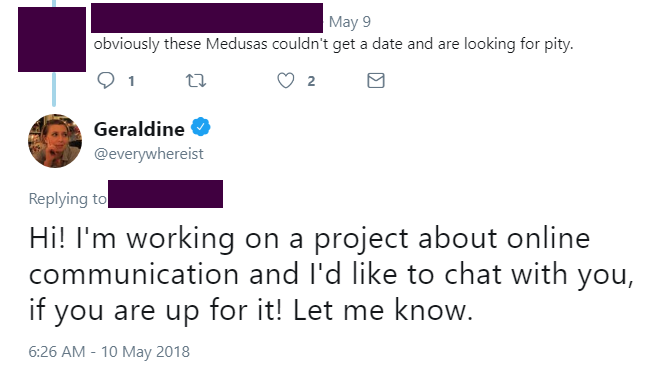 What Happened When I Tried Talking to Twitter Abusers – The Everywhereist

Trigger warning: please note that this is a blog post about online abuse, and includes screen caps of tweets sent to me. Graphic threats and abusive, hateful language toward women appear therein.

TL:DR (though you should) Trolls is a bad word, they should be called what they are, abusers. They want nothing but to hurl abuse. Don’t waste your breath. Don’t engage, and if you’re worried they’re using your platform to reach your followers. Subtweet them at your followers while not mentioning them.

“Trolling” is a sophisticated and largely lost art.

This is its bible.

TL:DR (though you should) Trolls is a bad word, they should be called what they are, abusers. They want nothing but to hurl abuse. Don’t waste your breath. Don’t engage, and if you’re worried they’re using your platform to reach your followers. Subtweet them at your followers while not mentioning them. 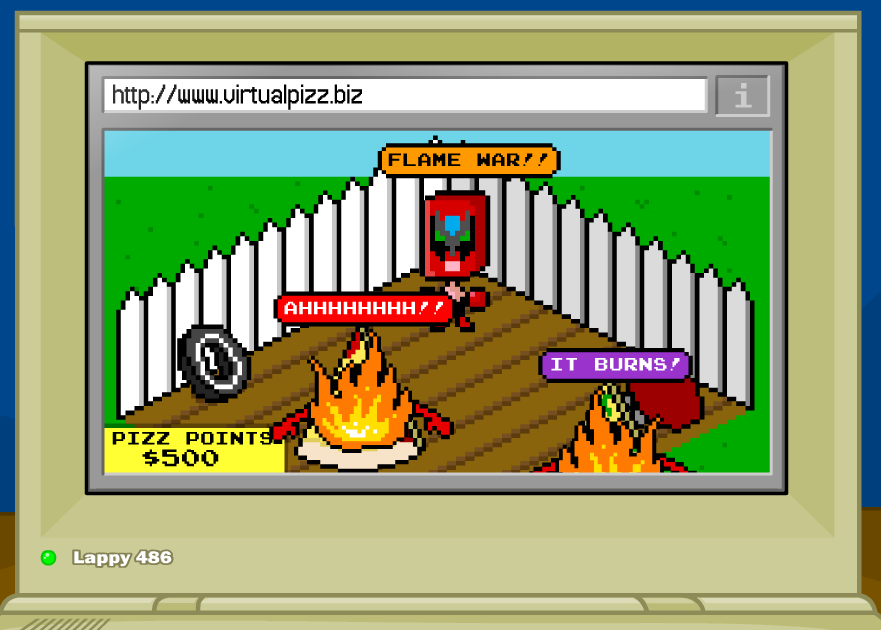 Nice look into data surrounding trolls & content manipulation. Hopefully stuff we already know, but some grains of salt for engaging with modern media. (not that I completely endorse his conclusion, since it comes from a pretty privileged position)
https://www.youtube.com/watch?v=soYkEqDp760

This is very good. A bit long, but very good. Not sure I agree with it, but still very good. 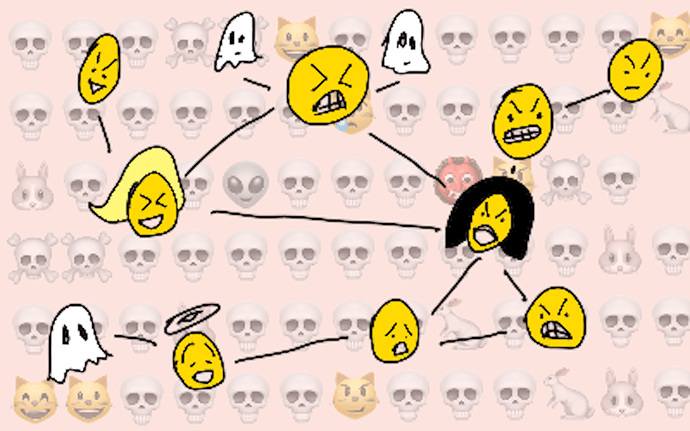 The Internet of Beefs

You’ve heard me talk about crash-only programming, right? It’s a programming paradigm for critical infrastructure systems, where there is — by design — no graceful way to shut dow…

Oooh. I have to read that whole thing to see if this lines up with the area of industrial process management that I think it does. At IBM we definitely had systems that were not intended to ever be shut down without dismantling them, and were not intended to continue functioning at all if there was a problem.

I feel like you can ditch everything after the first 8 sentences. What does this even mean? This sounds like pomo generator:

the terrifying possibility that if there is no history in the future, there is nobody in particular to be once the beefing stops.
And the only way to reboot history is to figure out new beings to be. Because that’s ultimately what beefing is about: a way to avoid being, without allowing time itself to end.

Monday idea: Industrial control? You probably have scary stories, but Scott might not have a lot to say.

That is not in the first few sentences. You’ve picked a line from the very end.

Do you understand that sometimes you can read something for the enjoyment of reading something?

As in, the way the words and thoughts and arguments flow can be satisfying to read in its own right?

Of course a line taken out of of context at the end of a long essay will sound crazy if you have skipped there from the third paragraph.

What’s there for me to explain or make excuses for if you don’t want to let your mind take a fun journey to understand what it might mean yourself?

I did read it. I meant all the interesting stuff was in the first 5 paragraphs. After that I found it to be so flowery as to be incomprehensible.

If you enjoyed the poetry, great. But this is like Ready Player One tier:

The IoB is, at its core, a vast zone of wartime fan fiction generated by copypasta mooks LARPing knightly patterns of conflict, and attempting to write themselves into the end of history as heroic Mary Sues, one meme at a time.

That line made me laugh.