A thread to discuss real-life rule changes to sports, or share your own hypothetical proposals to improve a sport in terms of competition, duration, etc.

To kick things off: 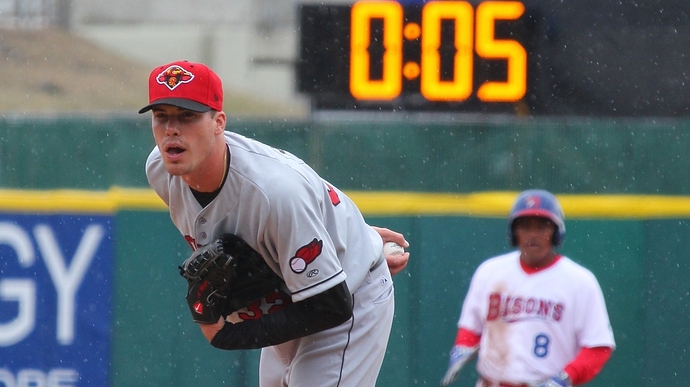 Beginning in the 10th inning, teams will open with a runner already on second. That's one of the rules being tested in hopes of speeding up the pace. Major league extra innings aren't affected. Yet.

Not knowing as much about Baseball as other sports, except that it lasts too long, I like the ideas here. Starting with a runner on second base in the tenth innings sounds like a lot of fun.

I think similar changes could be made to soccer to avoid get more goals in knockout games where a draw isn’t possible. Instead of going to penalty shootouts, just remove the goalkeepers during the extra time. Goals are more likely, and there would be so much more drama!

Actually put a time limit in Quidditch. None of this “The match ends when the Golden Snitch is caught” nonsense.

I think the auto-runner is a bad idea. Extra innings are awesome!
Second base is especially bad because bunt sac fly and now you’ve scored.

Baseball games do take way too long. Just put them on a pitch clock, and enforce it. I’d probably ban at-bat music too.

Designate the most recent goal scored in a soccer match as a “tiebreaker goal” to permanently be rid of all tie situations and sudden death resolutions.

This isn’t exactly “how to fix the sport” but the thing that needs to be changed with the NHL is its distribution of points for wins and losses. Originally in the NHL there could be three outcomes to a game. A team could win or lose or the teams could draw, thus it would award 2 points for a win and 0 for a loss, and 1 point to each team for a draw. Thus in all games there were always 2 points total awarded.

The NHL then introduced overtime and later the shootout and games could no longer end in a draw. However, if a team made it to overtime it still received 1 point, but a win would still get them 2. Thus if a game goes to overtime suddenly there is an additional point awarded in the game.

Can we examine what the playoff picture in the NHL would look like right now with the other point system? How different would it be?

This points allocation is totally “fixing a sport”. Some rules for leagues and tournaments, the rules outside the match don’t effect the outcome of the match at all. In 99% of the cases, it’s always best to win every match, and win it as quickly and decisively as possible.

In the Rugby Six Nations tournament, which is happening at the moment, they introduced a rule that if you lose, but lose within 7 points of the winner, you get some points. Also if you win or lose but have four or more tries (touchdowns). This is to keep the play aggressive by both teams, even if it looks like it might be a blowout, as it give more incentive to keep playing hard and not rest players for the next match.

In this case, of course you want to maximise your points and minimise your opponent’s points, because all teams are playing to advance in the same league table.

With those NHL rules, it seems there might be a situation where, due to being from different conferences, you’d prefer your opponent to score an extra point to put the ahead of another team in their conference, and you get the same points anyway. It might be rare, but similar things have happened in the past!

Turns out that if a situation is possible, when it comes up the teams involved WILL take advantage of it. See: Disgrace of Gijón - Wikipedia for details:

“The Disgrace of Gijón is the name given to a 1982 FIFA World Cup football match played between West Germany and Austria at the El Molinón stadium, Gijón, Spain, on 25 June 1982. The match was the last game of the first-round Group 2, with Algeria and Chile having played the day before. With the outcome of that match already decided, a win by one or two goals for West Germany would result in both them and Austria qualifying at the expense of Algeria, who had beaten West Germany in the first game. West Germany took the lead after 10 minutes, thereafter the remaining 80 minutes was characterized by few serious attempts by either side to score. Both sides were accused of match-fixing although FIFA ruled that neither team broke any rules.”

We’ve talked about fixing basketball before, but just for anyone who was not present.

The game should be played in sets of X minutes each. Best out of X gets the win.

Foul calls need to be more objective and consistent.

Traveling needs to be called properly.

More points for half-court or further shots? This could encourage full court pressure. I mean, in hockey, soccer, etc. you have to fight through the neutral zone. In basketball you get a free walk!

The thing is, other than the subjective foul calls, basketball as-is is the least random and most skill based major sport other than tennis. It needs to be improved to make it more exciting without adding luck.

Smaller field in soccer. There’s way too much room and there’s more running around from one end of the pitch to the other than attempts to score. I think it would be a lot more interesting.

How to fix Counter-Strike:

This can’t be done because of the current level of human effort required to make maps. However, I feel that pro CS tournaments each round should be played on a brand new map that has never been seen before. Actual counter-terrorist operations IRL happen on a new map every single time. I mean, has anyone had to rescue hostages from the exact same building multiple times?

Agreed. Too much walking in soccer. Too many players not involved at all times. If someone is on the field they should be meaningfully engaged and involved at all times. See also baseball where most players are standing around in the field or waiting in the dugout at most times. Even runners spend a lot of time chilling out on a base. A smaller soccer field would help a lot. Probably also need to reduce player count from 11 and allow infinite player changes like hockey.

I’m not sure a lot can be done about baseball. If you make the field smaller there will be constant home runs and make the outfield less relevant. I thought of eliminating the mid-fielder so that left and right have to work harder to get at the ball and the runners have a better chance to get further. I think it would increase scoring without diminishing the importance of home runs but also not making every game a home run derby.

What about semi-randomly generated maps? Have a big list of blocks of terrain and buildings/building parts that will fit together, have the generation algorithm make sure the sides are “equal” in whatever sense is necessary, and generate a map every round.

Fixing baseball is easy. First, eliminate the umpire. We already have computers that can call balls and strikes effectively perfectly and immediately. Computers can also call foul balls vs home runs. We may need humans to call safe vs. out at bases.

Put a pitch clock. If the ball doesn’t leave the pitchers hand before the clock hits zero, then it’s an automatic ball.

No more visiting the mound to chat it up. No taking your time getting into the batters box. No more bs.

If we need to go further we can put limits on relief pitching. Only let them change pitchers when innings change. The pitcher that starts the inning, ends the inning. Baseball people are going to hate that so much for a wide variety of reasons, but IDGAF. It save a shitton of time waiting for a reliever to come out of the bullpen and warm up. It also forces excitement when you’ve got a tired pitcher in the game and you can’t swap them out until they find some way to get out of the inning. Big time punishments for leaving your pitcher in for too long.

Sure, when the technology becomes available to make non-flawed, yet interesting, maps.

Basket ball is already a great sport… for the last 10 minutes of the game. No need to raise the hoops, as I like seeing dunks and crazy shit. Just add rules to increase the drama throughout the rest of the game.

There was once a website which showed different scoring systems (three points, straight wins and losses, and more esoteric ones), but I unfortunately can not find it anymore. What I can remember from the times in the past where I saw it was that overall picture doesn’t change too much, but occasionally some team would get into the playoffs and another fall out, or positioning would change.

What annoys me most is however that a lot of people talk about eliminating “the loser point” when in fact it was the additional point in OT that was added. Most hockey fans I have seen also agree that a win in OT/SO should not be equal to a win in regulation, and approve that a loss in OT/SO should also not give 0 points.

for the last 10 minutes of the game

How to fix basketball: Game length for all future games to be set to 10 minutes.

I think a win in OT is fine to count as a win. They’re still playing hockey, even if it’s 3v3. What I don’t like is counting a shootout win as a win.

The only reason there are shootouts is to constrain how long the game can take. It’s expensive to keep the building populated for the game, expensive to preempt whatever show was coming up next (on TV: not really a concern in the future), prone to viewer attrition lowering the value of ads, etc…