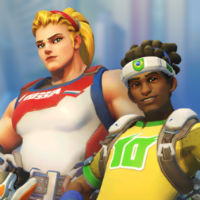 The president of the International Olympic Committee says violent games don’t jibe with the organization’s goals.

Rocket League it is, then.

But to their credit, in none of those sports are people actually being hurt. Fencing is super safe. Archery, biathlon, javelin, you attack targets, not people. Olympix boxing you don’t really knock people out.

In video games not only do you shoot at (virtual) living beings, you fucking murder them. Blood, guts, death. I’m sure a video game where living beings were not depicted as suffering or receiving harm would be ok.

You could even just take DotA 2 or LoL and reskin it so that you are trying to “teleport people back to start” with your magic powers instead of trying to murder them.

Copied from the ToTD thread. 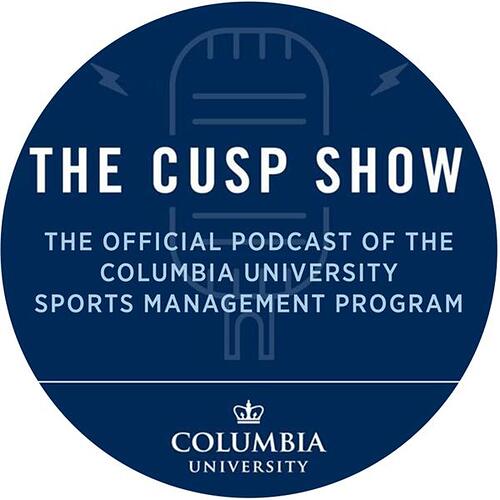 Episode 81: The Road Ahead for Collegiate Esports

Tyler Schrodt and Jason Greenglass join Joe this week for a conversation on collegiate esports. Tyler is the Founder and CEO of the Electronic Gaming Federation. Founded in 2015, EGF works with high school and collegiate administrators across North...

I was actually thinking what about fighting games. They usually depict a martial arts competitions, though with more freedom in the rules than anything in real life. But at the end of every round of Tekken the loser does a little “ow my back hurts” movement to show that they are still alive and conscious.

If a fighting game is less or equally violent to Olympic boxing, I think someone trying to get it included as an Olympic sport has a strong case. Keep in mind that Olympic boxing is much less violent than regular old boxing. They even wear protective headgear and such.

Olympic boxing is actually really bad for you. You’re still experiencing head trauma, and my understanding is that the rules encourage head punching over body work, so you’re likely to take more blows to the head while doing Olympic boxing than in a professional match of the same length…so yeah, this Olympic esports rule is completely silly.

Yes, but the image of it isn’t as violent. It passes the eye test better than actual boxing because all the violence is hidden from view.

Oh lord, these kids. This would be like the fans walking out on the Devils for their neutral zone trap.

Can you translate that for someone who doesn’t know hockey?

Man, Smash already has trouble being taken seriously. If you have a tournament you are going to expect people to want to play to win. This is only adding to that bad image, although nothing could top all the booing during the E3 tournament with Sakurai right there. e_e

I mean, there are balance issues, but players shouldn’t gimp themselves around it. Look at Overwatch, when mercy was op she was fucking everywhere. But I digress, Smash has a different culture.

The Devils played a super boring and extremely effective strategy for defense.

The neutral zone trap (often referred to as simply the trap) is a defensive strategy used in ice hockey to prevent an opposing team from proceeding through the neutral zone (the area between the blue lines) and to force turnovers. The strategy is generally used to level the playing field for teams that are not as offensively talented as their opponents, although the trap can also be used by teams simply looking to protect a lead late in the game. The trap was innovated by the Toronto Maple Leafs ...

It’s boring to watch. It’s boring to play. It kills the puck and any momentum in the game. Sometimes you’d even see things like this happen: players refusing to play the puck into a set trap.

This is reminding me of an episode of the short lived dodgeball TV show in which a guy found a way to force action from the other team to come over and get hit by a throw when forcing a sort of shot clock to start when they were deep in their own zone.

The end of the episode had an immediate rule change approved by the commish Rip Torn (no really) to prevent that from happening.

Thanks for making me remember that weird show.

I think there’s a difference between what’s allowed by the rules of the tournament and what makes for a good viewing experience by the audience and fans. Something might be OK and legal, from a rules standpoint, but at the end of the day, this is a spectator sport, and if the spectators are bored or upset with something, that needs to be taken into account, either by the tournament organizers or the game designers.

This is somewhat similar to what happened at the Street Fighter V Evo tournament in 2016: Three of the top five spots were “Nash” players. After the tournament, as part of their ongoing balancing effort, Capcom rebalanced the characters. 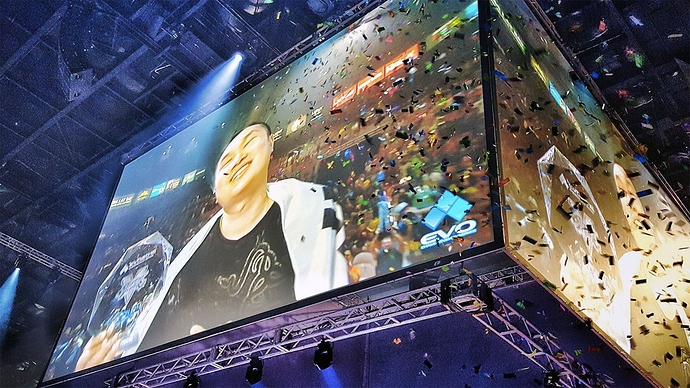 Here are the top eight results for Street Fighter 5 at Evo 2016.

They shouldn’t boo the players, but they should definitely boo Nintendo. None of the major asymmetrical competitive video games are ever perfectly balanced. That being said, many companies do put in some effort to improve the situation. Blizzard, Valve, Capcom, Riot, all the major players at least make balance patches and such.

Nintendo doesn’t do jack. I’m actually shocked at the amount they’ve done for Mario Tennis Aces, which seems to be more than they’ve done for any game ever. I think it’s because the online multiplayer is actually getting used, and they want to charge money for it.

It was definitely wrong to boo the players. They were just playing to win the game by using the most OP character with the most OP strategy within the rules even if it is boring as hell to spectators. However, it was not wrong to boo Nintendo for not doing this. It is also not wrong to boo at EVO. It was within their power to disallow this in the tournament rules.

I think the right move for EVO actually is to simply not hold competitions for games that aren’t significantly balanced. If a developer is not a proper steward of their game, then they don’t get to be on the EVO showcase, end of story.

The best story at EVO is still Sonic Fox. A black gay furry taking home another title. Best DBZ fighting game player on earth. I’ll root for him every time. 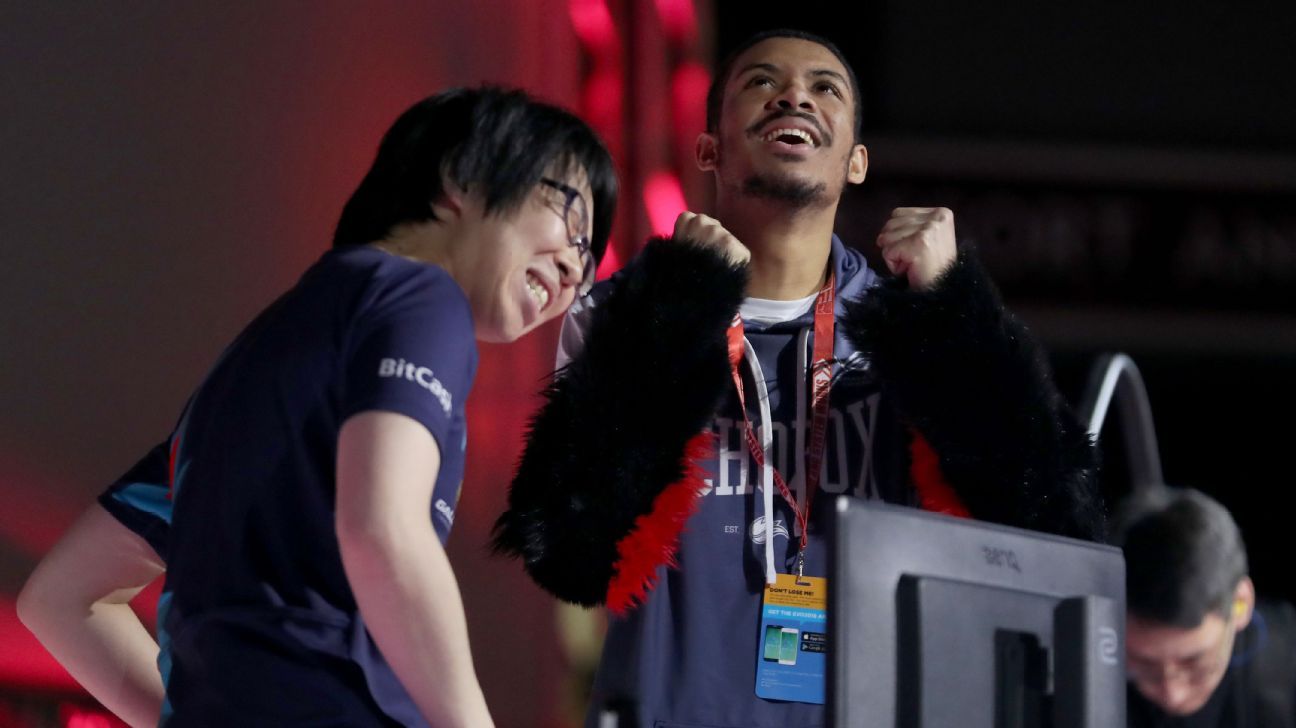 SonicFox adds yet another Evo trophy to his storied legacy

In front of a packed house at the Mandalay Bay Events Center in Las Vegas, Dominique "SonicFox" McLean added to his legacy once more after winning Dragon Ball FighterZ's Evolution Championship Series debut.

There was also this thing that the players did as response for the audience negativity. Which they could have skipped and which, I’d say, was worth booing the players for.
https://youtu.be/9n96G4XP6rk?t=15m1s

Props to EVO. They got a rule that says you can’t stall, and they enforced it.

My thought is a fan is allowed to walk out if they’re not getting what they want out of the show. My first thought regarding the booing is that might be poor… viewership? (like sportsmanship for the audience?) but if it gets to the point that it’s a problem people can be thrown out the same as a really bad heckler or someone throwing garbage into a stadium.

Personally there are a lot of games for which optimal play is also very boring play.

Two people were playing in a competitive and serious Hearthstone tournament. One player was in Melbourne. Another was in Taipei. They played the first match in a best of 5, and the player in Taipei won.

Then the admins in Melbourne discovered that their player may have been able to hear the audio from the casters during the match. There is no evidence that the player in Taipei could hear anything that would have given them a competitive advantage. The decision was made to replay the match, even though there was only evidence to suggest that the losing player may have had an unfair advantage.

They replayed and the player in Australia ended up winning.

They are appealing to Blizzard to fix this biz.