Putting this in “Flamewars” just because of the hell of it.

I won’t deny that I’m having this conundrum due to current things going on. Earlier this year I decided I would finally get around reading the Harry Potter series. I never read it as a child even though I would have been the proper age when it was first released, but it’s cultural impact is still felt today. Plus most of my nerd friends are also fans and I thought I should finally get up to it. Admittedly, I am having a lot of fun with the series. I have some criticisms of it (simplicity, reliance on stereotypes, exposition dumps) but overall I find the series so far very enjoyable, currently in the middle of the third book with the rest on my shelf.

And then of course J.K. Rowling has to happen. I was already aware that she had made herself less popular in recent years, both by unnecessarily augmenting the Harry Potter universe after the facts (“wizards shat on the floor, then teleported the shit away” to paraphrase) and with some troubling political statements. But this week she went and pulled some straight TERF bullshit with her support of Maya Forester. So now I am debating with myself whether I really want to continue the series.

I am of course hardly the first person to be unsure if it is possible to separate art from artist. There is also a discussion to be had about people being products of their time, such as anti-trans-arguments are for now still viewed as somewhat acceptable (which they shouldn’t be) by society at large. And of course there is a degree how bad the act itself is compared to other dealings. As a kid I loved to watch The Cosby Show (which only made it to germany/austria several years after it became a hit in the U.S.) but I am unsure how to engage with that show nowadays after it came to light that Bill Cosby is a serial rapist. Of course Rowling’s conduct is not as severe, and there is a larger degree of separation between the written words of an author and having to see a person perform in a visual medium, but those are still just degrees of the same conundrum.

I have also similar issues with how to engage with Overwatch nowadays. I am a big fan of the game, its professional league, and particular the lore of the game. However, I have not played it (or any other Blizzard game for that matter) since Activision Blizzard bowed its head to the Chinese government.

For now I am leaning toward finishing the Harry Potter series, but I doubt I will spend any more money on the Potter universe. I won’t buy any merchandise, though my fandom of Lego did tease me for that when I started out, and if I still desire to see the movies they made from the books I will pirate them instead of using any streaming service to watch them.

But, is that a reasonable approach, or should completely disengaging from an artist be the more reasonable approach? After all, engaging with an artists work is also meant to impart the artists view on the audience, to foster an understanding or sympathy with the artist. Even forgiveness for the artist. Is that even reasonable to forgive an artists transgressions in other parts of life because of the art that they created? Is there even a “correct” answer to these questions?

Have you guys had these conundrums, and how have you solved with them?

(“wizards shat on the floor, then teleported the shit away” to paraphrase)

Fun facts - Not her. That was from a harry potter mobile game where her only involvement was signing the license to use the IP, she never wrote it. But you’re not wrong about bad additions, she’s thrown in a lot of real dumb stuff.

There is a lot of things that come into play which muddle the argument to the point where saying “it is morally wrong to enjoy/support the art of a bad person” is uselessly reductive.

Having a pre/posthumous artist changes the way we can interact with their art. Yes, Lovecraft was a xenophobic race-purity bigot (as an aside, looking at the totality of his work and personal life, I think he suffered from severe “phobia” in general to the point that just slapping the “racist” argument onto him is a reduction only useful for virtue signalling), but a lot of his work/IP is public domain to the point that there is a very good chance no part of his estate earns any of the money you spend.
For living artists its more complicated. On one hand spending money on their work supports them. On the other hand, your personal choice to or not to support Rowling is functionally invisible to her. Even if you were to perfectly organize such that her income was 100% disintegrated, what does that actually accomplish? She’ll still be almost 3/4 of a billionaire. You could argue that it satisfies your personal morals, but hey, there’s no such thing as ethical consumption under capitalism. Is you denying income to a TERF more morally valuable than say, not buying sweatshop clothing? I would bet you’ve spent more mental energy considering the value of buying Potter merch than purchasing an ethically sourced shirt. Not trying to shame, just trying to bring things into perspective.

There is also the consideration of the artist’s intentions and recuperation of the artwork. Rowling is not a great person, but is there any message in Harry Potter that pushes an evil agenda? There’s the blatant xenophobia in Lovecraft, the homophobia in Ender’s Game, is there anything remotely close to that in HP? In terms of recuperation it gets even more muddled. To keep riding the Lovecraft train, I have seen multiple instances of queer people who identify with his writing, because his abject fear of the “other” has created a realized portrait of otherness that is not often explored in media. Hell, we just had a flamewar about this, what a month ago? Bayonetta is a sexed up fashion model that dances and shows off for the male gaze, but she also owns the hell out of it. Throughout her depiction, Bayonetta is always in control of her own sexuality, and that control is passed to the player by their agency afforded by the medium. She may me titillating for my male gaze, but does that mean she can’t also be empowering for the female gaze?

So yeah, there is no definitive approach. I won’t fault your for choosing not to continue support of an IP because it’s creator is bad. But I also wouldn’t condemn anyone for doing so even if they had full knowledge of the creator’s badness; death of the author for one, and it rings of fascism to me to say “THIS art is forbidden because it’s creator is not approved”. Video games are even weirder. How many Blizzard employees do you think personally agree with the decision mandated by Activision/Blizzard the company? There’s also the fact that you can subvert the game from within. Instead of writing “gg ez” at the end of a match you can raise awareness for Hong Kong.

There is also the consideration of the artist’s intentions and recuperation of the artwork. Rowling is not a great person, but is there any message in Harry Potter that pushes an evil agenda? There’s the blatant xenophobia in Lovecraft, the homophobia in Ender’s Game, is there anything remotely close to that in HP?

Not in regard to transphobia, but the greedy, hook-nosed goblins who control the entire banking system were a bit hard to get past.

and it rings of fascism to me to say “THIS art is forbidden because it’s creator is not approved”.

I would exempt problematic works, separate from their creators, from this. “Birth of a Nation” is never ok to like.

I figured that goes without saying, although even propaganda is valuable in a historical/academic context. I would never recommend anyone watch Birth of a Nation for entertainment, but I would also be against any movement to systematically scrub it from existence.

As a historian, I kinda have to be against scrubbing anything from existence because so much of our information is problematic.

While this is a different specific issue than enjoying a problematic work, they’re sufficiently similar that my calculus is similar.

I mean, not for nothing, it’s highly likely that a problematic person inserted problematic stuff into their art. I can think of extremely few examples of an artist who was a POS but produced squeaky-clean non-problematic art.

So then I bring it back, more or less, to the Nier Automata discussion - you can enjoy works by problematic creators, but you have to acknowledge the problems the creator has generated and work to correct them (or at least support works or efforts to correct them).

Basically, net-zero. If you consume a thing that causes harm, do at least as much good to make up for that harm. That’s how I roll.

I run into this in the extreme metal community a lot. Mgla is a Nazi-adjacent band because of the realities of extreme music in Poland - supporting them means supporting their Nazi record label even though they themselves aren’t Nazis. So there, I pick and choose when and how I consume - listens on Spotify provide effectively no financial support so that feels OK to me, and I no longer go to their shows or buy their merch, so I’m not giving them useful money.

Be aware of the issues, own your enjoyment of the media, take measures to counteract the damage they’re causing. That’s pretty much what is required for any responsible media consumption.

I thought Mgla were nazis though?

Nope, not directly, though they’ve done a shit job at messaging. One of the members was in an edgy power electronics project, but that’s basically “4chan edgelord the genre.”

They’ve released on Nazi labels, but that’s also sort of a problem in Poland; the white supremacy scene is huge over there, so in order to work in Polish metal you are almost certainly working with a Nazi somewhere.

A good example is Riverside. They’re a Polish prog-rock band that sounds like a cross between Collective Soul and Depeche Mode - not exactly controversial music. But their drummer plays with four Nazi bands. 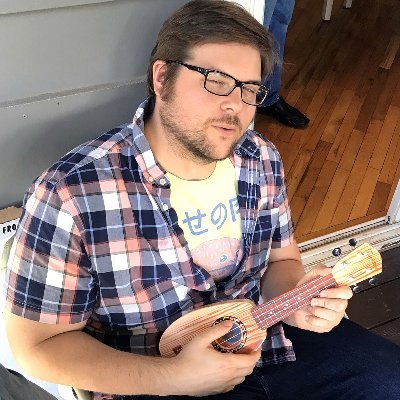 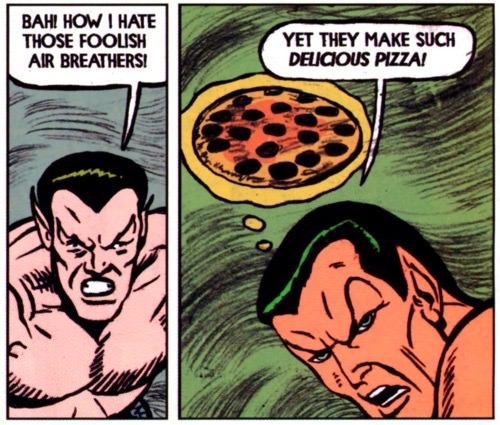