I’m increasingly of the mind that while ebike rentals and shares are perfectly fine, e-scooter rentals should probably be banned or heavily regulated. 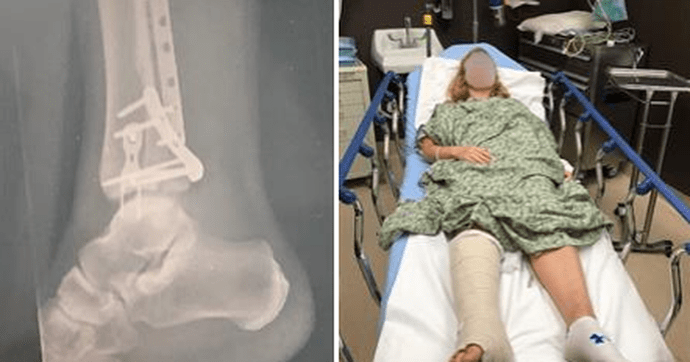 Injured scooter riders are flooding US emergency rooms. Accident rates could be as high as 1,000 per month.

I see a huge number of people who lack the balance necessary to walk off of a moving escalator naturally. I definitely don’t trust them to use a scooter.

Bikes are much more self-correcting at speed that scooters, and scooters seem to give a lot of people all the rope they need to hang themselves.

I often ride a bike (especially a citibike) without a helmet. But I would never get on a scooter without one.

Don’t they have like 6" wheels? There’s a lot of holes in road in NYC that are bigger than that.

People ride them on the sidewalk…

They are also pretty rare here for now. I hope they are banned entirely before they proliferate.

I read Ebike with a Japanese pronunciation like eh-bee-kay and was very confused for a moment.

I once did exactly the same but in German. A shop sign read “bike welt” which is a mixture of two languages. It should either be “Bike World” or “Rad Welt” so I was confused and pronounced (in my head) “bike” as “bee-ke” and wondered what “bike” meant in German. And then the next second I worked it out and felt stupid.

Don’t they have like 6" wheels? There’s a lot of holes in road in NYC that are bigger than that.

Yep, usually about 200mm, or 6-7 inches. And they’re usually hard urethane, rather than rubber, or at best have a thin rubber coat on.

A while back I was biking and got passed by a guy on a skateboard. Uphill.

I was doing about 21mph. After I did a double take, I noticed it looked like he had a controller in his hand, and a motor underneath the board. Thing seemed like a deathtrap.

These are all over NYC.

I have yet to encounter an electric scooter in New York that wasn’t someone’s personal property.

I saw many while biking to work during the warm part of 2018. At least one per day.

One difference is that I no longer venture downtown. My bike to work is just over the bridge and to GCT.

I see lots of them when I’m biking, but they’re always personal and not part of any share.

Oh, I thought you meant in general. Yeah, there are no rentals here… yet.

I know Lyft just bought the company that does the bikeshare in Boston, and Lime is starting to… Is invade the right word? It’s close, at least.

Boston’s bikeshare is actually pretty rad, and there’s a lot of racks in sensable places for you to pick up and drop off, and Boston’s I think like the number 1 or 2 most bikeable city?

Here in DC, LYft has started offering scooters as well, so they seem to be getting into that market too.

New York is shockingly bikeable. Outsiders just don’t realize it, and even people who live here are unduly afraid.

I am actually a little wrong; it’s that Massachusetts is one of the most bike-friendly states (Source: Ranking | League of American Bicyclists).

I feel like Cambridge, Somerville, and Arlington are trying to be more bike friendly. Boston proper, though… I don’t have much of a reason to bike there. And big trucks making blind right turns are still murdering cyclists.

I feel like Cambridge, Somerville, and Arlington are trying to be more bike friendly. Boston proper, though… I don’t have much of a reason to bike there. And big trucks making blind right turns are still murdering cyclists.

Let’s be fair, though: those towns make up the vast majority of what people think “Boston” is.

I’m in China; I’ve already seen the darkest timeline. Maybe ebike and scooter rentals work in a country where people know how to drive (or need a license to drive the scooters), but they’re terrifying here.