So a buddy of mine happened to find an old Mario Dance Pad for the Gamecube and that got me thinking: What is the best way to play DDR in the year 2017. They don’t seem to be making new games for any modern console so are we restricted to using the PS2 or another console of that generation? Where can we find decent dance pads? Are there PC alternatives?

I found this site which looks promising: http://www.precisiondancepads.com/index.php

Also this sketchy looking site claiming to have rugged pads for not too much monies: http://www.ddrgame.com/

The best way to play DDR is the same as it has always been. Get a real official arcade machine.

The second best way is to get the best home-usable pads you can get and hook them up to either a real console with an official DDR release, or a PC runing StepMania.

Picked both of these up for $18 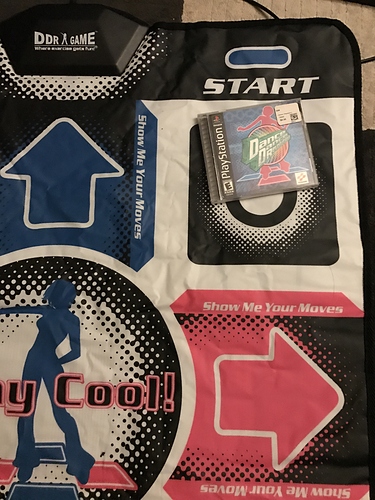 Will upgrade the pad depending on how much I use it. But I’m pretty excited.

And here I thought you were talking about the Deutsche Demokratische Republik and this was another Trump thread.

And it’s not RAM either!

I’ve been tempted for a while to pick up one of these. I have a large bedroom in the basement, a TV, nice speakers, and I just pickued up a subwoofer from goodwill. It’s literally a perfect setup.

Heh, thanks to all the snow, this is like the first time I’ve been in arms reach of these: 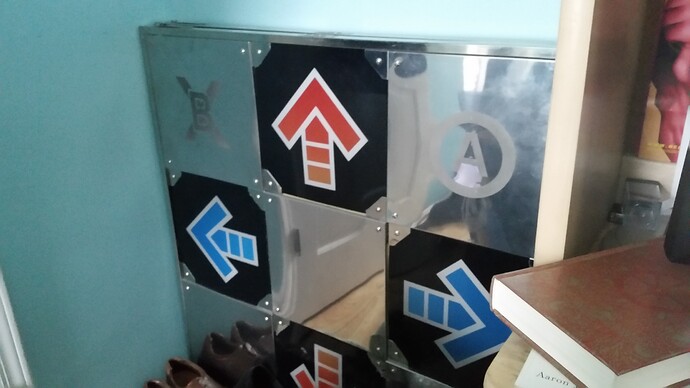 While also happening to open this thread.

They do have one problem. While both pads are fine. Of the two specialized cables I have to connect them to usb (or xbox or ps2) one of them doesn’t transmit right arrow at all. Red Octane is long out of business and my attempts to get a new one have been unsuccessful up to this point.

My EE skills are not enough to diagnose and fix an issue like this. I’m at a bit of a loss. 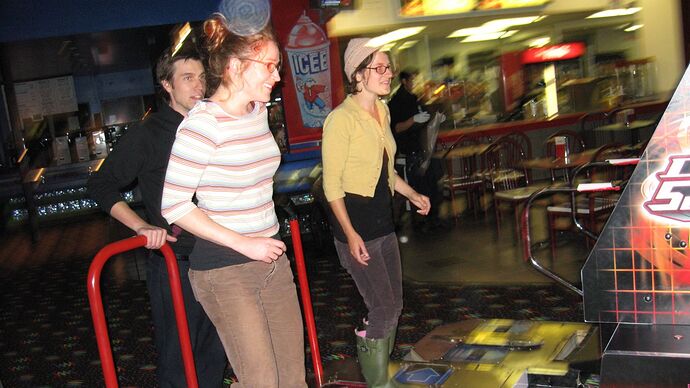 DDR world championships are this weekend, here’s where to watch them live

I ordered a metal pad from these guys a week ago. Apparently they hand-build them or something, so it’s taking forever to process, but there is home DDR in my future.

My pad arrived. I need to figure out the best way to keep it from slipping on on my carpet (it keeps rotating which is worse than if it were just translating). I’m also considering making a # shape in electrical tape or something so I can tell where the buttons are.

For now though, I’m having an easy time with most 5 foot songs and getting wrecked by most 6 footers.

Reviving this thread since the hard pad I ordered finally arrived yesterday. I got it from http://precisiondancepads.com, who seem to be the only people in the US who make non-foam pads now that Cobalt Flux went under and everything is awful.

I seem to still be decent – it’s been about six months since I last played seriously, but I managed to pass a song from X2 that I haven’t passed before, and today I tried MAX300 without a bar for the first time and failed on the very last note.
On the other hand, I need to seriously work on my calluses because the balls of my feet are shot.

Anyways, anyone have recommendations for song packs other than the standard DDR songs?