Hey, just seeing if anyone else in following R. Talsorian’s new RPG update/revamp of Cyberpunk coming out at GenCon this year. I’m pretty hype myself as a big fan of the genre and as a nice focal piece for my Cyberpunk 2077 hype while I wait for the video game release. I never played the original system (Cyberpunk2020) due to lack of expertise/players at the time I read it, but that rulebook is by far the most enjoyable RPG rulebook I’ve ever read.

I didn’t even know R. Talsorian was a living actual human being.

I never played the original system (Cyberpunk2020) due to lack of expertise/players at the time I read it, but that rulebook is by far the most enjoyable RPG rulebook I’ve ever read.

It’s a fun system for sure. FNFF really ups the stakes, and it results in some neat tactical play.

I’ve always thought it would be cool to pull out on its own and use to run a wushu film genre game.

I’m pretty excited to see how they update things for the modern RPG world.

Now I want to be a raisin farmer.

My issue at the time, and its still really sort of an issue, is that I’ve GM’d a fair amount of games of different styles (D&D 4e and 5e, Dungeonworld, FATE, etc.) but Cyberpunk 2020 doesn’t give you any real guidelines on gauging difficulty and lethality when building/running scenarios. Even having read the GM advice book (listen up you primitive screwheads) didn’t shed any light. It didn’t feel right to ask for player investment in such a potentially deadly system without any effective way for me to control it short of trail and error.

Hopefully with the rules update they are doing (I think it will work similarly to the Witcher RPG they just published) this will be easier for me to parse as a GM.

Yeah basically I believe it is a relative/family friend that basically took the monetary risk and gave Mike his seed money to get the company going and thus the company is named after that person.

I’ve always thought it would be cool to pull out on its own and use to run a wushu film genre game.

What a coincidence. If you want to play a wuxia game, I Kickstarted this earlier today. 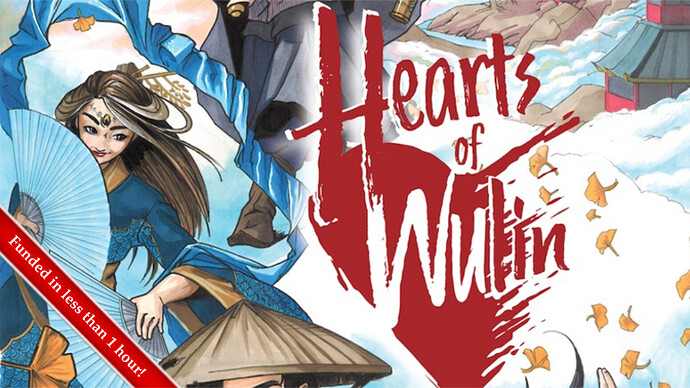 A tabletop roleplaying game of wuxia melodrama, Powered by the Apocalypse.

A tabletop roleplaying game of wuxia melodrama, Powered by the Apocalypse.

I’m keenly eyeing Cortex Prime, whenever that finally gets released. I’m thinking about backing it just to get the SRD.

For the unfamiliar, it’s the system at the heart of Marvel Heroic Roleplaying (well, Cortex Plus is, anyhow), and runs a lot like Danger Patrol. It’s perfect for the types of games I’m interested in playing.

Though, Apocalypse-powered wuxia also sounds baller. Let me know how it is.

I think this is intentional, to an extent. FNFF is designed to be unpredictably lethal, to emphasize just how dicey these situations are. It’s less about thrilling heroics and more about desperate choices.

Or, basically, every encounter is designed to be hard.

It’s definitely a lot to ask, but I think establishing buy-in is key there. Get players used to idea of a lethal world that demands smart play, and that might get them properly oriented.

Of course, we also used the system to do thrilling heroics bullshit by ignoring lots of the wound penalties, so YMMV.

Isn’t a raisin farm just a vinyard with no winery?

Don’t care as long as they got Sun-Maids. 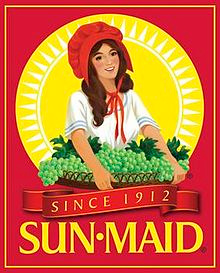 While not cyberpunk per se, I was always interested in Eclipse Phase, which mixes Tranhumanism with horror.

I love the setting for Eclipse Phase so I’ve always been interested in it.