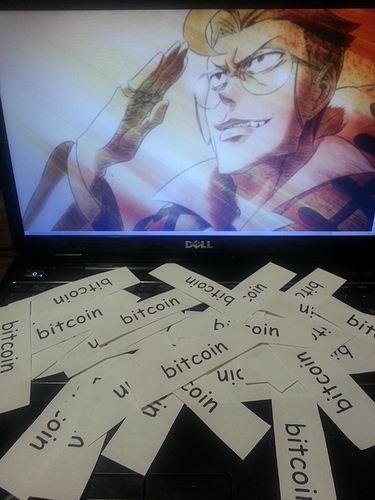 The SEC has said that tokens are securities.

I just paid you in Bitcoin.

To be fair, all currency only has value because people involved in its exchange agree that it has value.

True of modern currency. Also true of old currency, but in some old currencies cases it also had value because it was delicious (I’m looking at you salt).

US dollars also have value because the US government says so. Even if no one will give me goods for them, I can still use them to pay taxes. “Not going to jail” is some pretty good intrinsic value in my book.

The idea that currency needs to have any “intrinsic” value is ridiculous.

That doesn’t bother me. It means NVidia and friends are making mad bank. Mad bank that will be used to fund the development of even crazier video cards. They are paying to make my next computer faster.

Oooooor, they’re gonna see who their real customers are and start catering to them. I remember seeing that they were developing a new 1070 without an HDMI port or really any external port just for the miners. Maybe they’ll put some of that time and monies towards optimizing their instruction set for mining activities. I know I saw this talked about here a while back but my first google search didn’t yield anything and I wasn’t willing to look farther.

It doesn’t bother you because you have a very well paying job where if the price increases by 50% or better it doesn’t hurt you that much. Not all of us are high paid tech industry folks.

[quote=“panfriedmarmot, post:10, topic:869, full:true”]
It doesn’t bother you because you have a very well paying job where if the price increases by 50% or better it doesn’t hurt you that much. Not all of us are high paid tech industry folks.
[/quote]Computer tech is always subject to wild price fluctuations. Gotta be patient sometimes.

Even though I have money, if I wanted a video card now and didn’t need a 1080, I’d just wait for the 1070 to come back down in price. If I was cornered and forced to buy a card (e.g., mine died), I’d get a cheap refurbished POS to tide me over.

I did this with RAM back during the days of high RAM prices.

Well considering they’re now working on GPU’s specifically for mining hopefully that problem wont last much longer. I mean if they are just repwckaging 1070’s and 1080’s without video outputs its just a matter of production time. Here’s hoping they don’t charge a premium at all and create an incentive to still buy the normal cards.

As far as currencies not having intrinsic value, it always makes me laugh when the gold standard people say money is worthless because it isnt backed by gold anymore. Like, this isn’t bartering chickens, normal people don’t want gold for its practical uses. 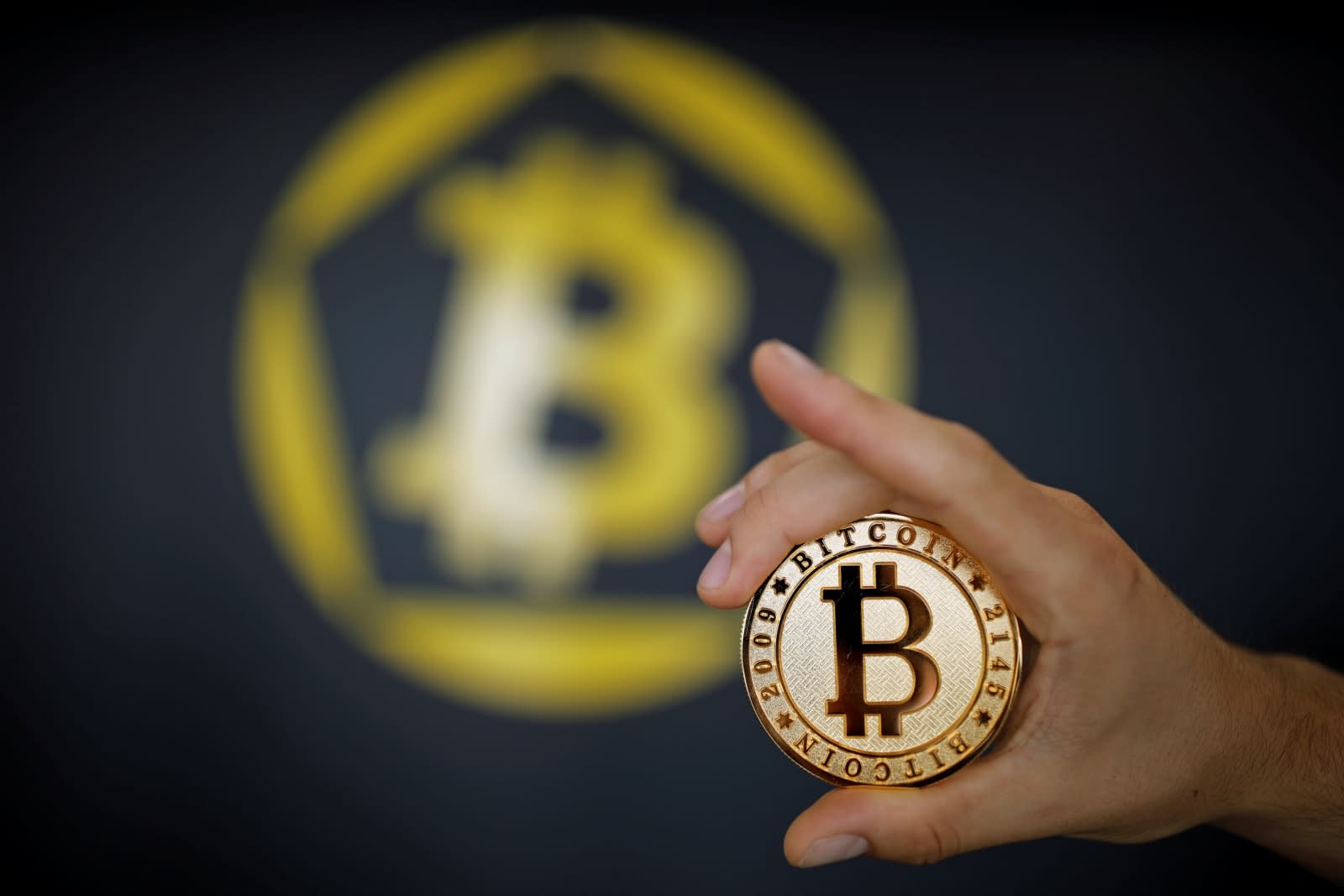 This morning, bitcoin split into two currencies -- the original and Bitcoin Cash. The hard forking, as it's known, resulted from heated debate over the cryptocurrency's future, since the aging tech behind blockchain has prevented easy scaling. While... 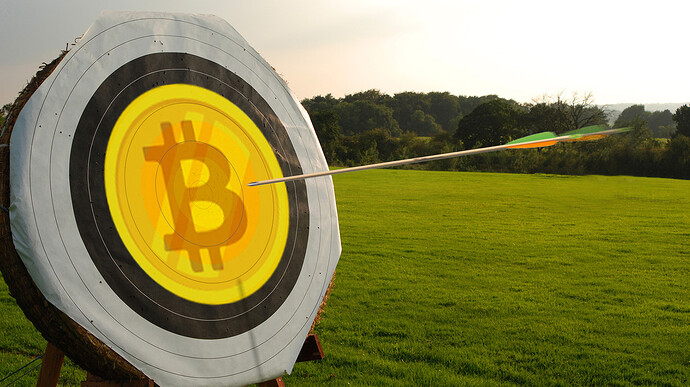 Independent analyst Ronnie Moas sees bitcoin hitting $7,500 by next year, and that a higher adoption curve is going to help the cryptocurrency hit those high...

An index from cryptocurrency analyst Alex de Vries, aka Digiconomist, estimates that with prices the way they are now, it would be profitable for Bitcoin miners to burn through over 24 terawatt-hours of electricity annually as they compete to solve increasingly difficult cryptographic puzzles to “mine” more Bitcoins. That’s about as much as Nigeria, a country of 186 million people, uses in a year.

This averages out to a shocking 215 kilowatt-hours (KWh) of juice used by miners for each Bitcoin transaction (there are currently about 300,000 transactions per day). Since the average American household consumes 901 KWh per month, each Bitcoin transfer represents enough energy to run a comfortable house, and everything in it, for nearly a week. On a larger scale, De Vries’ index shows that bitcoin miners worldwide could be using enough electricity to at any given time to power about 2.26 million American homes.

Expressing Bitcoin’s energy use on a per-transaction basis is a useful abstraction. Bitcoin uses x energy in total, and this energy verifies/secures roughly 300k transactions per day. So this measure shows the value we get for all that electricity, since the verified transaction (and our confidence in it) is ultimately the end product. 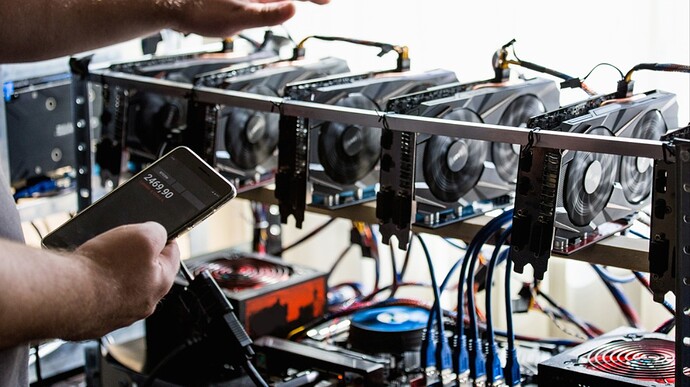 As Bitcoin’s price increases, its energy consumption is soaring. Bitcoin's power consumption is extremely high compared to conventional digital payment, and one transaction now uses as much energy as your house in a week.

Shut it all down.

A bitcoin is supposedly worth $7000 right now. To burn it all down we need to figure out why there are people willing to pay $7000 in real money for.a worthless bitcoin. I think the obvious answer is that there is big time organized crime and money laundering going on. If the criminals are apprehended and/or removed from the system, the source of real money will be gone, and it will no longer be worthwhile for normal people to mine coins.

I think a good step would be to freeze the real world assets of anyone buying coins, especially large quantities of coins since odds are they are engaging in criminal activity. There’s not much else you can do with the coins that is worth it.

I think a good step would be to freeze the real world assets of anyone buying coins, especially large quantities of coins since odds are they are engaging in criminal activity.

Cops do that in the US with regular cash, often without any real specific case for criminality. They then keep it forever and a lot of innocent people lose everything without ever seeing a trial.

why there are people willing to pay $7000 in real money for.a worthless bitcoin

I am aware of the issues pertaining to forfeiture. I didn’t say they should take people’s money. I said they should freeze their accounts, so they can’t move their money. At least not until we know they are legit. You see someone spending thousands on bitcoins, what are the odds that they are up to shady business? Pretty good, I’d say.

Also, just doing it to a few big players should in itself kill the value of the coins. What’s that you say? If I buy or sell coins I’ll have my accounts frozen? No coins for me thanks. Hopefully that alone could burst the bubble.

At least not until we know they are legit.

So guilty until proven innocent?