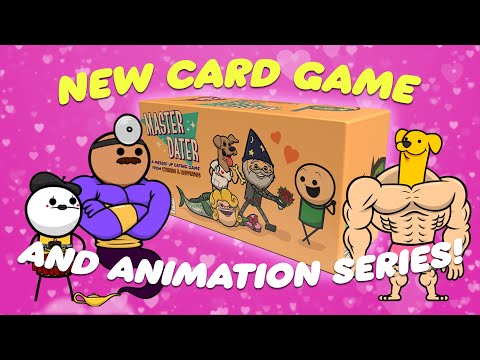 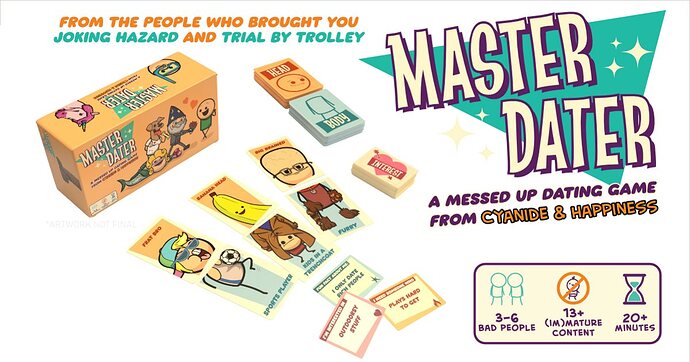 Defeat your romantic rivals and win at love in Master Dater, a messed up dating game from Cyanide & Happiness. Follow along as we take you on a weird and wonderful journey all about love.

Should the title of this thread be changed to “Crowdfunding” or should that be a new thread?

I thought about this already actually. Let’s go for it. If two people thought of it independently, it seems like a good idea.

If two people thought of it independently, it seems like a good idea.

Heh, in german we have a joking idiom about that. “Zwei Dumme ein Gedanke” which translates to “Two dummies, one thought”.

No Rolls Barred is a british Boardgaming youtube channel I follow. They are for my money the heirs of the unfortunately now long-deceased TableTop, with a similar production style of games with cutaway interviews thrown in.

Besides their regular boardgame content, they also have a monthy series where they play Blood on the Clocktower, a social deduction game. Usually these games are done via Discord, but they are well produced. Recently they put out a fully produced in-person game. 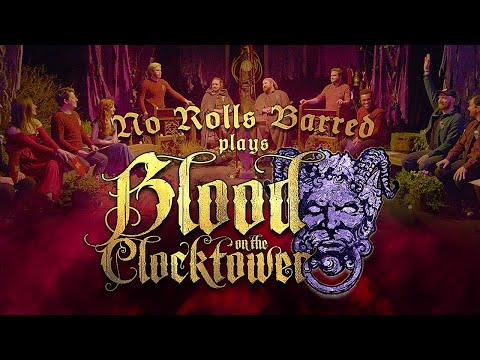 They are now trying to fund more episodes via KickStarter.

Kickstarter has a new CEO. This was sent out via Email.

Are they dropping NFTs?

I dunno. I didn’t receive the Email; it was posted to Discord.
You’ll have to ask them.

That sounds like a possible soft lead-up to quietly dropping them, but we will see.

Technically speaking they never adopted them. They just said they were going to go all in on some sort of unspecified blockchain. Then there was a backlash, and then they shut the fuck up. To my knowledge they haven’t actually taken any action, and they haven’t said anything else on the matter.

And that’s really the problem. Because if they realized the error of their ways, recanting is free. Just say “Our bad, never mind.” The fact they haven’t recanted means they must be keeping the door open to sticking with their crypto bs for some reason or another.

You have a day to get in on this if you want a remote KVM for your computer. 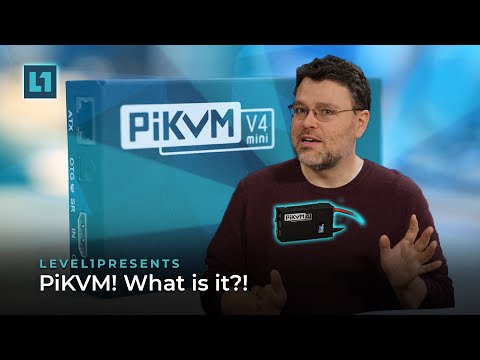