The new GH5 has finally been officially announced.

It’s obviously better than the GH4 that I have, but most of the new features are only beneficial to actual professional filmmakers. The GH4 is still crazy good for just about anyone, and I hope this makes the price go down. Having two or three of those would be way better than having a GH5.

For real. If I get a GH4 and even an OK lens, and you get a second, we can do a full consistent 3 camera setup.

If my NX500 dies and I finally have the scratch to completely change camera systems, I’m thinking the GH4/5 might be the way to go.

It’s still a ton of money I don’t have to buy another GH4. Probably cost around $800 ish.

They updated the “best lens” which is the 12-35/2.8. It’s not clear if the newer version is actually better, or is just a different color.

Well, yeah, but Samsung discontinued their whole NX line so it either means changing systems or continually buying used bodies and lenses.

SONY, Canon, Nikon, and Micro 4/3 are the only viable systems anyway. Gotta choose wisely, though. If you invest in one, you’re mostly stuck unless you’re rich.

And even of those 4, Sony and micro 4/3 are not like the others.

My Lumix G7 even goes hard, and if I could get another on the cheap or get a GH4 for under 800 to be the primary, id be into that.

For projects I’ve been using the time lapse to 4k feature a helluva lot, and its a great way to document the work. The problem being when I wanna transition to a quick take in real time means moving the camera between mounts. Yes, yes, second Lumix would be nice.

I got a Cannon i5 Rebel for 250 double dollars recently, just for fun and learning.

Yeah, that’s the most popular entry level DSLR, and that’s a really low price. However, I think Nikon is kind of winning the DSLR game right now, even at the entry level. Their brand new low-end DSLR will automatically send all its photos to your phone at all times. My camera has wifi that can do that, but it’s a manual and annoying/slow process. Imagine if every photo you took with your “real” camera just showed up on your phone soon after taking it? That’s hot shit.

Yea that’s a cool feature, but it’s like 800 dollars compared to the small fraction I paid, though I can tell this Camera is using tech from 5 years ago. 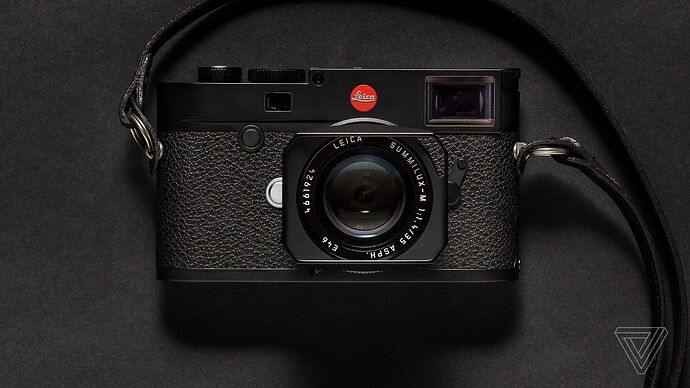 Leica’s latest M camera blends the new with the old

Leica has officially announced the M10, the first fully new M series rangefinder camera to be released in four years. The M10, which will be available in limited quantities starting tomorrow, has...

Ok, look. I know that a LEICA is like a designer handbag. You are paying thousands upon thousands of dollars for mostly a brand name.

So no way I would buy one unless I won the lottery or something. I’m not stupid. But if anyone out there wants to buy me something, now you know where to look.

Why does anyone care that a Leica is made by hand? They look so cheap (yet aren’t), aren’t ergonomic. I don’t know why they are good. There are better camera choices available for aesthetics/ ‘lomography’.

Why does anyone care that a Leica is made by hand? They look so cheap (yet aren’t), aren’t ergonomic. I don’t know why they are good. There are better camera choices available for aesthetics/ ‘lomography’.

Have you used one? They are extremely ergonomic. More importantly, reliable and durable. Cheap cameras fail all the time.

As far as Canon/Nikon go, one is not better than the other overall. They are only better in certain use cases. For example, Nikon D500 or Nikon D5 are the ultimate pro sports photography bodies. The competition from Canon, the 7D Mark II is still insanely good, the D500 is just slightly better at sports because of higher frame rate, slightly better autofocus, etc.

Same goes the other way around. Canon is way better when it comes to video than Nikon across all bodies, although they have more recently relinquished the video crown to the likes of SONY, Panasonic and others. Nikon’s video capabilities are way way way behind, though.

As for which one is more intuitive, it’s what you are used to. The user interfaces of Canon and Nikon DSLRs are direct descendants of film cameras going back to the '70s or even older. For example, you know how Nikons all have that red stripe near the grip? That’s because they are all based on the design of the Nikon F3 (one of the greatest SLR cameras of all time) which came out in 1980. Canon cameras say Av and Tv instead of A and S on the mode dials because that’s how Canon has always done it. My Canon A-1 from 1978 was the first to have those modes, and it’s written the same way.

And the same goes with lenses. They are just very subtly different in terms of the image they create. Which one is “better” is subjective.

It certainly used to be the case that Canon lenses were better, but nowdays, the performance differences are so small that it comes down to things like model, application, and even manufacturing variances in the individual lens.

Cameras, as with many things, there’s no objectively superior camera, at least, in the range we’re talking about, we’re not getting into hilariously expensive Hasselblads and Seitz gear. There’s only the cameras that are superior for particular applications, and cameras that suit individual photographers.

Extremely ergonomic? If your grip forms the shape of a cylinder, maybe. The only thing the Leica is, is minimalistic.

Durable and reliable. What camera isn’t reliable? Or durable? If not why?

Speak of the devil, Fuji just released the X100F. 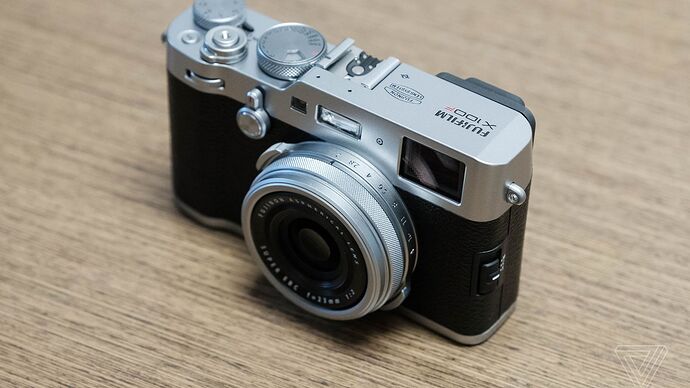 Fujifilm announced two new cameras today, the fixed-lens X100F and the interchangeable lens X-T20. Both cameras are updates to prior models in Fujifilm’s lineup, and introduce the 24.3-megapixel...

I wonder how it compares to the XPro 2, which is a year old.

Fucking loving my Canon 80D down here in Antarctica.

Fucking loving my Canon 80D down here in Antarctica.

Looking forward to some photos that I can use as high res wallpapers. I want to go sometime in the next 3 years.