Several people have been recommending Oryx and Crake to us for some time now, with a fairly recent acceleration of these recommendations.

I read and reviewed the first book, Oryx and Crake, a few years ago, but not on my own podcast, but the SFFaudio podcast. I only rated it 3 stars out of 5, it seems, but I have much better memories of it than just 3 stars. I often forget the bad stuff in books though. 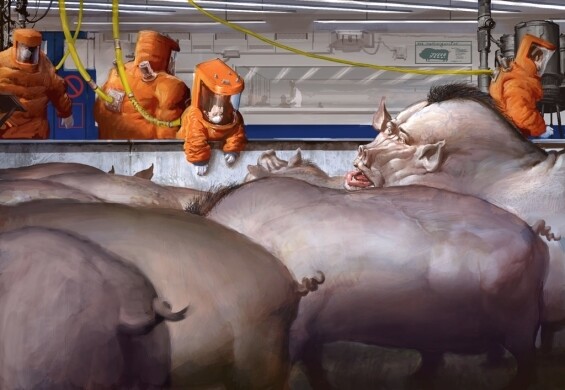 After Rym said the second book, The Year of the Flood, was good, I thought I’d finally get round to it. Slow to start, but the story really picks up in the second half.

As someone said on the old forum, the audiobook has original recordings of the God’s Gardeners hymns at the end of each chapter. They are pretty incredible. This one has been stuck in my head for days:

The reason the music is incredible is because it is, in equal parts, really bad and really good. It’s bad in EXACTLY the right way, the way that so much Christian “rock” music is bad bad bad. All the little things that I remember from growing up in a Christian family listening to Christian music that annoyed me is right there. It’s either genius songwriting and production, or is an honest sincere attempt at good music by a Christian musician. Perfect each way!

I’ll be reviewing the book in the next few days, and I already downloaded the audiobook for MaddAddam, the final installment.

I last pitched Oryx and Crake to some friends as the best revenge story written by a liberal arts major that was beaten up by biology majors. Still holding to it that this is the best description.

The second book is probably the strongest. The third colored my reading of the overall theme and message in a way I didn’t anticipate from the tone of the first. 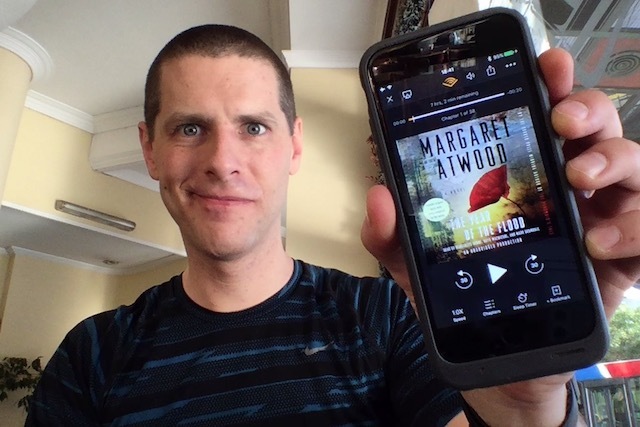 I assumed it was “plebe lands”, as in plebeians.

Dunno. Wikipedia says: “Pleebs: Any non-Corp or non-“affluent” area” and “The Year of the Flood details the events of Oryx and Crake from the perspective of the lower classes in the pleeblands, specifically the God’s Gardeners.”

I listened to the audiobook so that’s the best I can tell.

I reviewed the disappointing and irrelevant MaddAddam, the “what was the point of that?” third instalment. 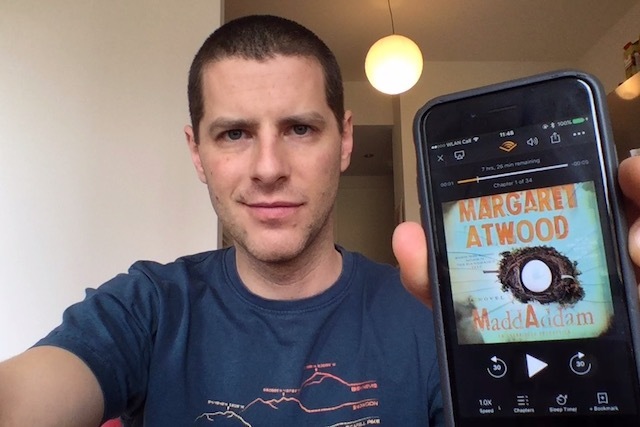 I shared your lack of excitement in the last book. As one would expect from Atwood, the writing itself was impeccable. Unexpectedly, the storytelling fell short and was so muddled and lacking direction that I set it down five times for more than a month at a time. I enjoyed the breakdown, restringing, and reestablishing of myths (personal and global alike) that Atwood began to play with, but it was an intellectual tease because she never explores that rather deep well. I suppose she succeeded in making me not care if the human race survived, because it made me somewhat ambivalent about characters I previously really loved/hated/felt strongly about.