We have a electric cargo bike the R&M Load 75 for my partners’ use with children and mostly used trekkers huts which are like glamping. Mostly fine accept child 2 (4 months old) struggled some nights in a small space waking everyone or needing to be taken away…and our cargo bike belt (modern chain) snapped; this is so rare that they basically aren’t available - far from I’m our return port! 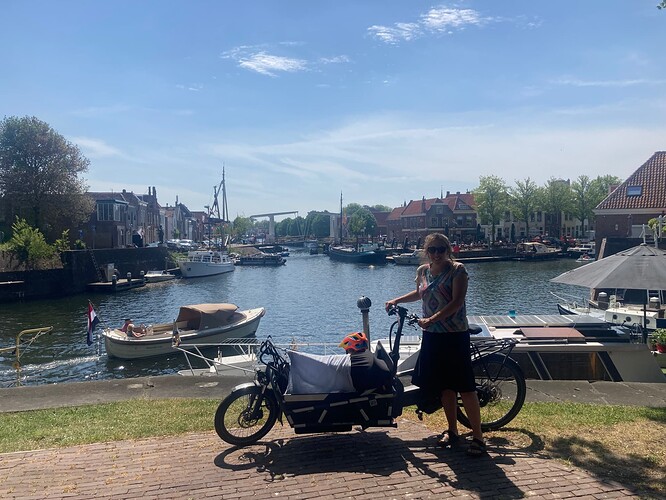 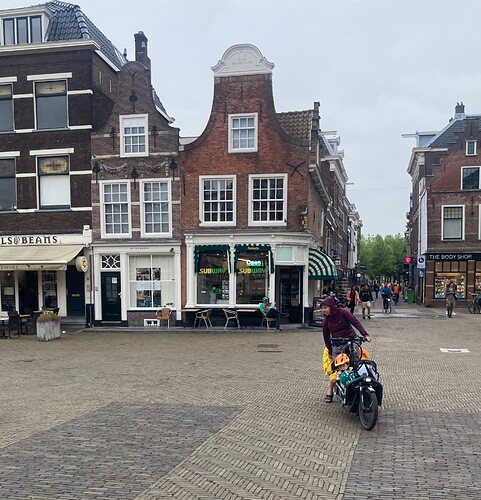 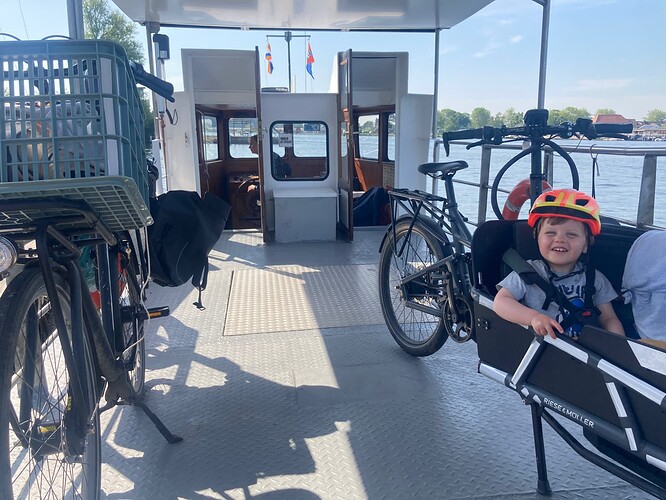 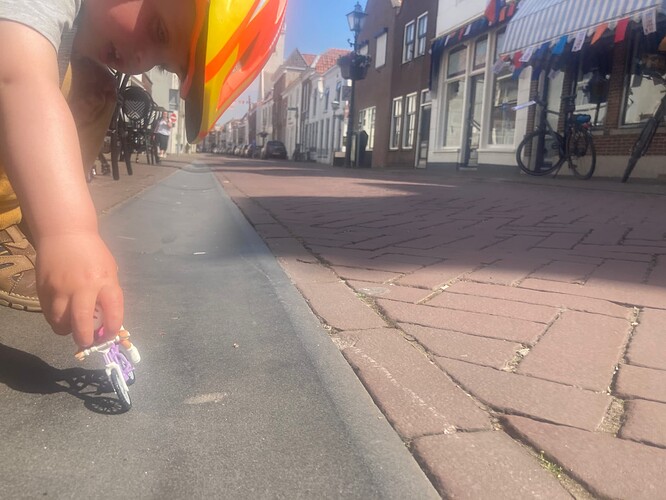 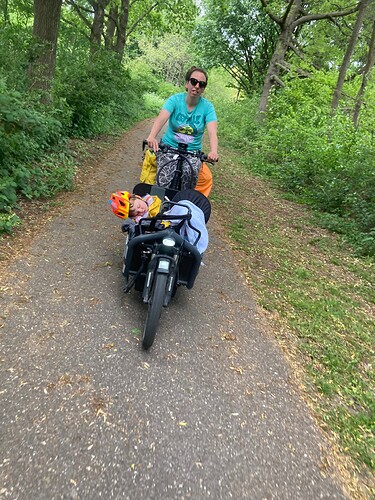 We’re planning a long bike trek to Rochester from Queens later this summer.

I need to get my bike out of the city!

Done a couple of tours now (the other without children) and the worst/hardest part is setting off - finding which parts of your bike don’t work well or what isn’t tied down properly. This is usually ‘solved’ by the time you first interact with public transport on the way out. Do it. 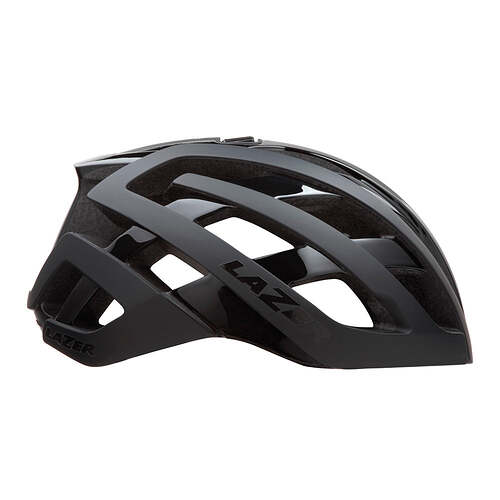 At 225 grams, the G1 MIPS is the lightest road helmet we've ever made. A climber's favorite, the G1 MIPS is featherlight and extremely well ventilated. Perfect for long days in the saddle.

Pinkbike has released their first Pinkbike Downhill Racing documentary episode, and it’s really good. As in, better than many episodes of Drive to Survive. Can’t wait for episode two. 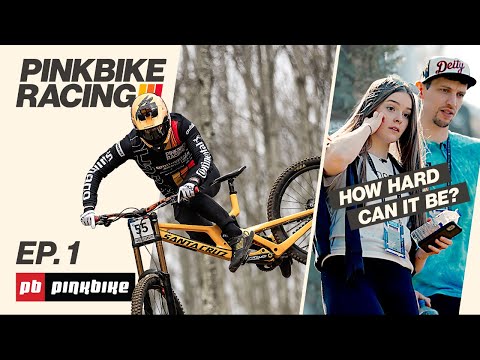 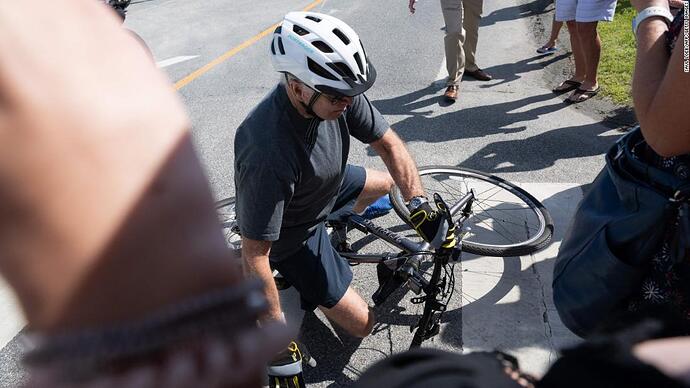 Joe Biden is 'fine' after falling off his bike in Delaware, White House says

President Joe Biden is "fine," after falling off his bike Saturday during a ride in a state park near his home in Rehoboth Beach, Delaware, a White House official said.

Reminds me of the West Wing Pilot.

“He rode his bicycle into a tree, C.J., what do you want me - the President, while riding his bicycle on his vacation in Jackson Hole, came to a sudden arboreal stop.”

A review, and bit of an overview, of internal hub gears Shimano vs Rohloff: 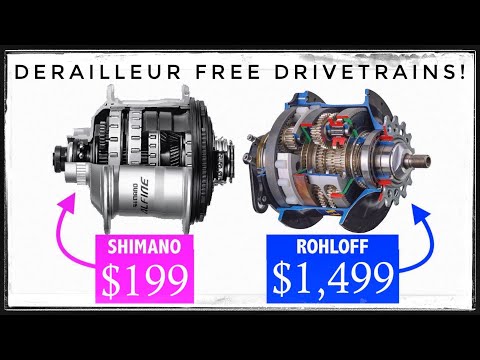 I’m sure these are not all that new, but as someone who hasn’t owned a bike in nearly 2 decades I was intrigued hearing about their pros and cons. Bicycle derailleur gear systems seem RIPE for a viable alternative. Especially as electric bikes become more widespread. He also has a review of another alternative gear system: 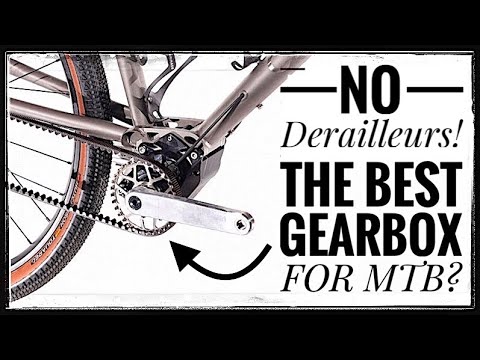 The biggest reason for the internal-gearing vs. derailleurs is in the screenshot of the second video: belt drives. They can’t use derailleurs, and if you’re a fan of low-maintenance drive-trains, belts are a pretty good option.

I thought I knew about internal gearhubs, but I learned some things in that first video. I had no idea that they had one that was compatible with Di2. That’s a huge deal.

My road bike I think is definitely going to be staying with a derailleur, but my touring/commuting/beach bike came with a SRAM drive train and mechanical disk brakes that are perfectly fine, but I’ve never been completely happy with them. When they wear out I would strongly consider that 11 speed hub, belt drive, digital shifting, hydraulic brake combination. The only real downside is that swapping in that hub isn’t so easy as I would need new wheels, or at least a rebuild on the rear wheel.

I don’t think I’d like a mountain bike with the rear suspension pivot point in the middle of the front crank. But I can’t explain why without a full essay on bike geometry.

A derailleur takes up the slack with both different gears AND the change in suspension of a mountain bike, and this belt drive and gearbox combo only solves this problem by messing with the bike geometry and making it shit.

Might be good for a hardtail mountain bike though.

I was just thinking about the screenshot, not the video itself. I think you can’t actually have it with the rear pivot for that exact reason, the frame needs to be rigid.

My primary bike is a commuting machine, so I’m probably the opposite of a lot of American cyclists. I don’t care about a road bike or a mountain bike. Give me a stable frame that’s low maintenance that can carry as much weight as possible. I’ve got the 12-speed pinion hub, rack, fenders, and dynamo lights. All things that are probably not common outside of Europe and possibly some more dedicated bike stores in bigger cities.

And it’s hard to swap from one style of drive train to another. If you need to go belt drive, you need a frame that can split so you can mount the belt. It’s more than just rebuilding a wheel, it would take a machine shop to do frame work.

The video shows versions with a gear box and rear suspension with a good pivot point, but that requires a chain tensioner, and they only work with chains, not with belts. That was my main point. Belt instead of chains is good only for hardtail bikes, not modern rear suspension bikes.

I have two bikes, my mounts bike and my city bike. One has derailleur gears and the other has a internal hub gearing. I love them both for their different strengths, and would hate a mtb with a hub gear and I’d hate a city bike with a derailleur.

Today is Bastille Day, and Alp d’Huez day on the Tour de France. It’s the most famous climb in road racing.

But did you know there is a race DOWN the Alp d’Huez? It’s a mass start mountain bike race, and it’s completely insane. It starts on the glacier at the top, and then combines downhill, enduro, cross country trail riding, along with gravel tracks and some road sections.

Here’s a good video from this year, by a French rider who has done well in the race in previous years: 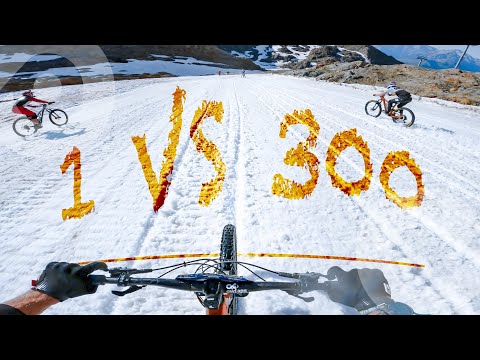 It’s best not to watch the winner’s video, because you don’t see other riders in front, or the struggle just to keep up. Here’s a shorter video by a professional rider, but not a rider who specialises in this type of race, and you can see how it’s almost as hard work as the uphill TdF version: 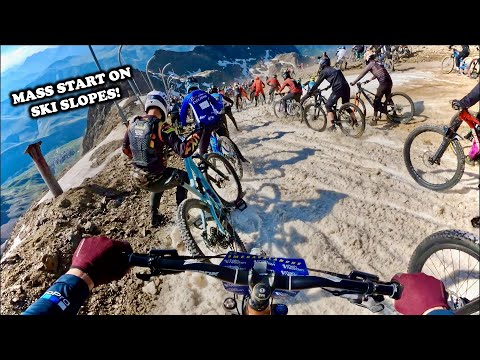 And the Alp d’huez stage was won by… the Olympic mountain bike gold medalist??? 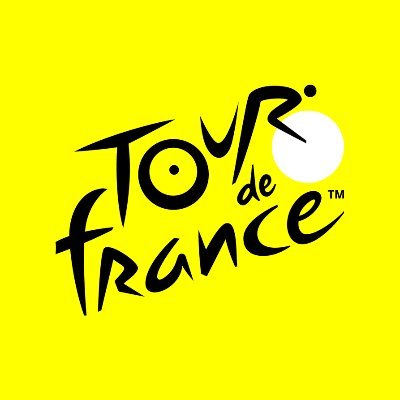 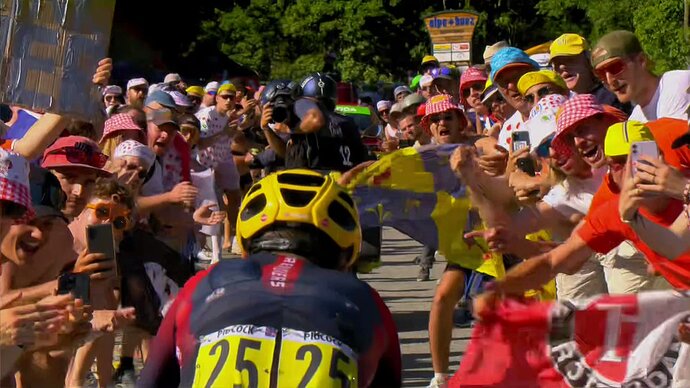 You know, when Tom Pidcock takes a year off from the Tour de France, he should totally take part in MegaAvalanche, just to try to be the fastest man both UP and DOWN the mountain.

One thing I don’t understand is why they let people get in the way like that. Get off the road, idiots! Bike jail for every one of them.

Are you kidding? This is what makes the grand tours in Europe such great events, and nothing gets close to Alp d’Huez on Bastille day! The crowds only interfere in a meaningful way once every 5 years or so, but it’s a small price to pay for such great atmosphere and engagement.

Just so you know, the Tour de France covers 150-250 km per day, so fencing the crowds back just isn’t possible except for the last few kilometres of each stage.

Also the Tour de France is the biggest single live spectator sporting event in the world. Literally more people standing by the roadside to watch than any other live event. With about 10-15 million live spectators for each race, there isn’t a jail in the world big enough to hold everyone who wants to get close to cheer on the riders.

The roads are emptier on the downhills: 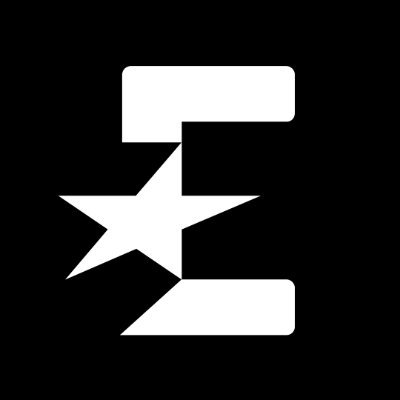 @eurosport
"It's beautiful to watch a confident descender... but it still leaves you with your heart in your mouth!" 😳 Simply 𝙢𝙚𝙨𝙢𝙚𝙧𝙞𝙨𝙞𝙣𝙜 (or terrifying) from Tom Pidcock 🤩 #TDF2022 | @discoveryplusUK https://t.co/ZfnEkzdzN4 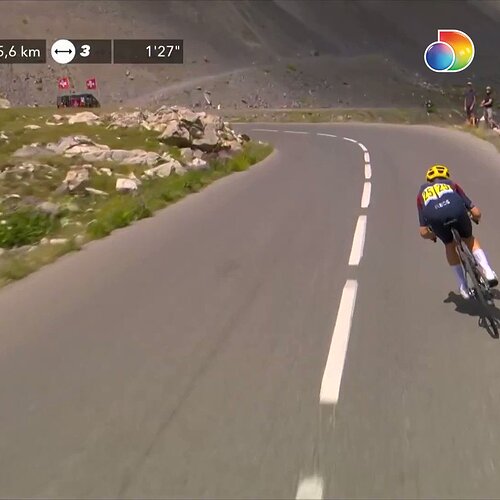 fencing the crowds back just isn’t possible except for the last few kilometres of each stage.

Maybe the motorcycles could ride by and like, spray them with something embarrassing. 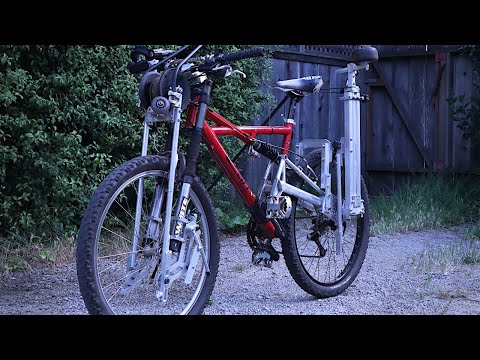