Balancing games is deceptively difficult. Even worse, there are subtle reasons why even if a game is perfectly, mathematically, demonstrably balanced, players will likely have even LESS fun. From systems like Microsoft TrueSkill or ELO rankings to everyone complaining about how overpowered Hanzo is (he’s not), join GeekNights for an exploration of how and why (and sometimes why NOT) to balance games.

Presented by Rym and Scott at PAX South 2018

Thanks to Caster Semenya we seem to be having the old testosterone levels in women’s sports debate again. If we did this panel again, this topic would definitely be addressed much more.

Obviously I don’t have enough biological knowledge or feminism knowledge to address the core issue. But I do have games and sports knowledge. And thus, I would like to reiterate (I feel like I’ve said this before?) a point that is not being made by anyone else that I see.

The rules of most sports are themselves misogynist. Almost every sport is a game where having a biologically male, testosterone fueled body is an advantage. The sports were designed this way. Most sports are simply a test to determine which athlete is more masculine.

Some dude in ancient Greece at the Panathenean games is like “Yes! I am more manly than the other competitors! I get the prize amphora!”

We need more sports where masculinity levels do not matter, or better yet, where being more masculine is a disadvantage. People would cheat at this hypothetical sport by trying to artificially reduce testosterone levels, or maybe take estrogen? IDK, you get the idea.

Not many sports like this exist today. We know long distance swimming is a sports where being less masculine is a huge advantage. What else? Even ones that might come to mind, like figure skating, are still advantageous to men. Men are expected to be able to do a quadruple jump, but only a small handful of women have ever done it.

It’s really hard to even imagine such a sport or game because it is so ingrained in our ideas of competition that faster, stronger, and more poweful is equivalent to being better.

Guns, yes. In archery strength doesn’t matter too much, since steadiness and aim are the most important, but it does help. You can pull back a stronger bow, hold a bow of equal strength with more steadiness, and hit targets further away,

Another one is driving cars as well as eSports. Similar to guns these are sports where the strength comes from a machine, and its a contest to see who can best control that equipment. It’s still a sport because it’s still about real-time skills and muscle memory required to control the equipment, just not about the sheer power or endurance of the human muscles.

It’s pretty much more racism with sexism vs sexism with racism, IMO.

If this were a white woman, this would have been a NON issue. If I see any good resources/articles about this from women of PoC, I’ll let you know.

Really sad that people think that testosterone is a male only hormone.

Also some homophobia too since she queer woman as well. It definitely didn’t play as big a factor as racism but likely did have some influence.

It’s still a sport because it’s still about real-time skills and muscle memory required to control the equipment, just not about the sheer power or endurance of the human muscles.

You say that, but you’ve also never driven in a race. I remember my first race, I figured that, and I literally puked in my helmet from the physical exertion of it. (And yeah, that’s about as unpleasant as it sounds.) They have the same problem with those “racing game to real racing” competitors that pop up - sure, they can race well in game, and those skills seem to have some transference to actual racing, but every one of those programs now include a huge amount of physical fitness, endurance, and strength training, because they were having problems with people making themselves sick, injuring themselves, and otherwise putting themselves out of the race because they didn’t have the physical conditioning for it. And these people guys who look like they’re trying to do a credible cosplay of The Blob, these are people who are already average-or-slightly-above kinda fitness.

Seriously - most pro racing drivers spend almost as much time in the gym as they spend behind the wheel, if not more.

Seriously - most pro racing drivers spend almost as much time in the gym as they spend behind the wheel, if not more.

Yes, there is an amount of strength and endurance needed to not barf in the car and to last for the entire race. But taking a bunch of steroids isn’t going to help win anything. Any fit person of any sex is going to be capable of meeting that fitness level required and then hit the ceiling where greater levels of strength do not confer any great advantage. It will be other physical and metal skills that actually separate the best from the rest.

As someone who is one of the best at a physical activity/sport in the world with world records and number one rankings, I can definitively say that Scott doesn’t know what he is talking about.

But then again, that is what he admitted when beginning this conversation.

Obviously I don’t have enough biological knowledge or feminism knowledge to address the core issue.

Trans people don’t win at sports that much. Transphobes only make a story out of it when they do win.

That reminds me of the lass who went to the Heritage foundation to complain about trans students “Dominating events”, and talking about how the other girls felt they just couldn’t compete - but nobody thought to check if you can just look up the results of these meets(you can) and it turns out the reason she wasn’t taking podiums was because she was only a middling sprinter, albeit one with some potential, and was commonly getting beaten by her cisgender peers too.

Since this seems to be the thread where we discuss this topic: 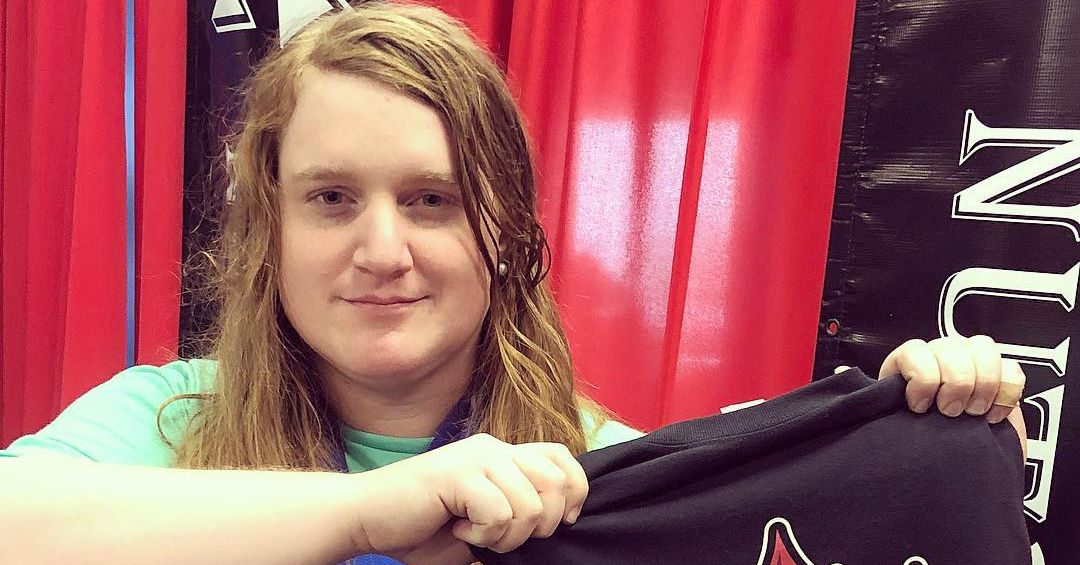 USA Powerlifting bans all trans women from competing as women

JayCee Cooper won a state women’s title after being barred from competing as a woman at USA Powerlifting events.

Wouldn’t it make more sense to filter by weight categories than gender?

Does lifting work like that? In combat sports different weight classes actually fight differently, and you have to face a human opponent. Those and many other reasons they have weight classes.

Generally yes, at least at a certain point in training. Lifting heavier weight is a function of having more strength-trained lean mass. Leverage and tendon connection also helps.

Take two athletes. One has 150 lbs of lean mass and the other has 200 lbs of lean mass. All else being equal, the one with more lean mass lifts more, period full stop. “Technique” in weightlifting is a binary - you’re either doing it right, or you’re not, and so technique variation doesn’t matter.

Effective strength training is the main difference. Hormones and nutrition generally govern the total efficiency of training. This is what most performance-enhancing lifting drugs are really about - it’s not that they replace training, but rather make your efforts yield the maximum possible physiological benefit. You still have to do the work.

This rule is stupid, though, because high-performing powerlifters are already geared like woah, so being a transwoman is no more beneficial than all the things powerlifting women are already doing.

Generally yes, at least at a certain point in training. Lifting heavier weight is a function of having more strength-trained lean mass. Leverage and tendon connection also helps.

I mean does the rules of the sport separate people into weight classes. Obviously larger people can lift more.

Generally yes, as far as I am aware. There is also a male/female division because skeletal mechanics generally differ, but that difference loses meaning at a certain point.

This was my thinking, although I did not posses the knowledge to articulate as well as you have.

The separation occurs because of the physiological differences between male and female bodies, but the relevant differences are not exclusively tied to gender, just that that is a simple way to categorically sort people.

Trans women in sport is something I’ve discussed with friends quite a bit. I’m still not sure on the best set of rules, and I can only guess different sports should have different rules anyway.

But what I come up against time and time again is that people don’t see past the physical and physiological differences. There’s so much more to it than that!

For example, in American tennis, with all the bullshit around “the battle of the sexes”, very few people realize that for decades there were tennis scholarships for male players… but not for female players! So the men could go through college and get world class coaching and playing opportunities, while the women had to work part time jobs on top of their training and studies.

There is just so many built-in benefits of being a male athlete that female athletes just don’t get. The access isn’t equal. Don’t get me started on pay differences between men and women’s sport!

So when it comes to trans women competing, I don’t mind so much differences in body type or shape or weight, I’m more interested in seeing how much she benefited from training within the patriarchal system before transitioning.

If possible, I’d rather there be a level-of-competition cutoff point, depend on what level one competes at before transitioning. If someone competed as a man at a regional level, or amateur level, then they shouldn’t be allowed to step up to the next level after transitioning.

This doesn’t work with all sports, of course. And, of course, the real long term solution would be to make sure there is way more equality between men’s and women’s sports in terms of funding, pay, access, etc.