The guy from the local record shop just got back from a trip to Japan and managed to get me these at a decent price: 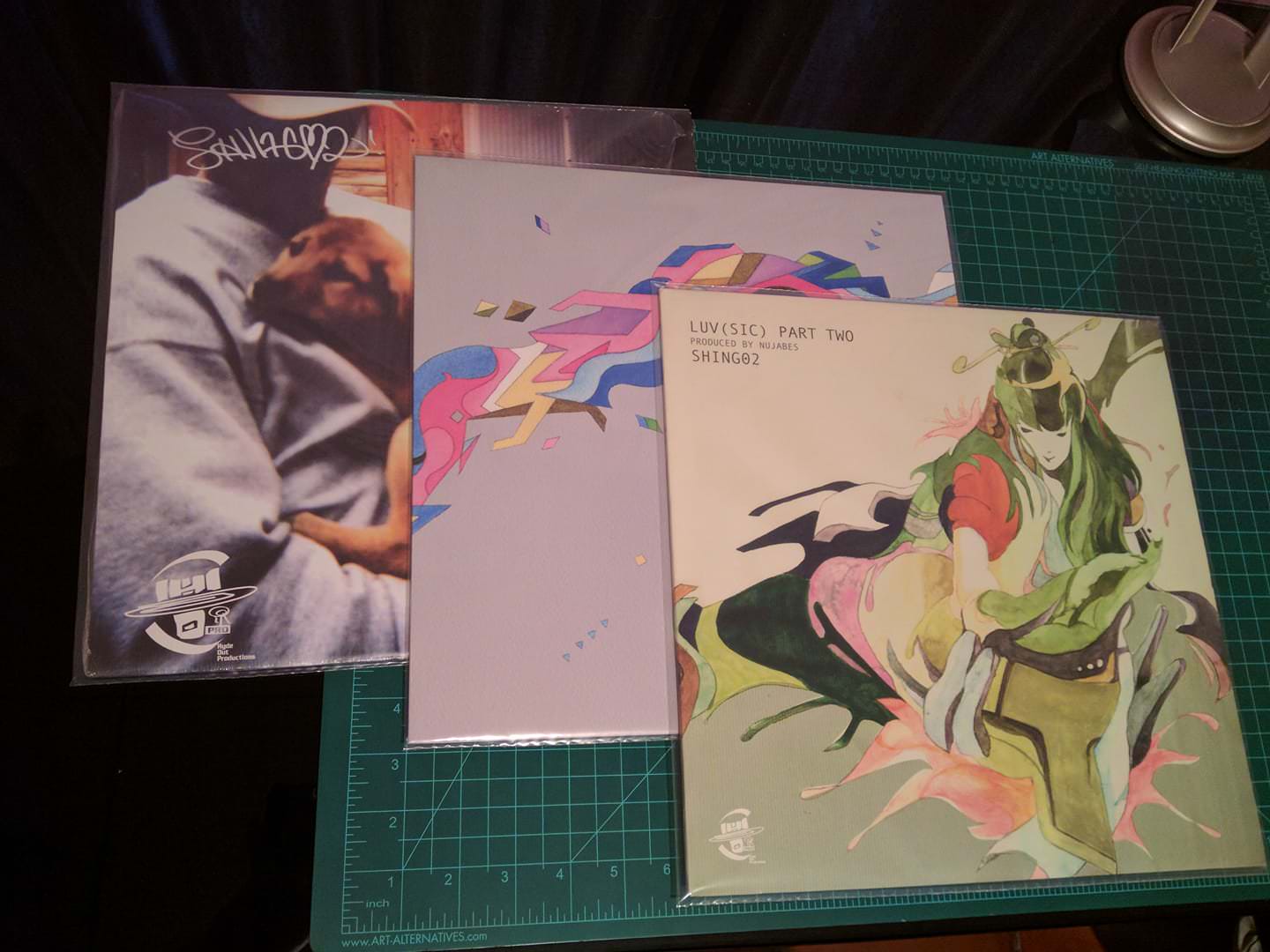 Does anyone else here collect music in a physical format?

I have a three or four hundred records in my closet. Dunno what else to say. CC @VictorFrost @Churba

Holy crap! Got them all yourself? or part inherited?

I started collecting vinyl with the condition that I would do it only when I saw an artist live, as a way to directly support them. Sometimes I break this rule for an album absolutely love or a band that’s gone. But my one rule has kept me from going into a horrible spree.

About a quarter of them are gifts or inherited from my grandmother. The rest are bought by me. Mostly older stuff. You can get those cheaper and it’s less likely you’ll find it digitally anyway.

My family’s vinyl collection is in our home. It exists only because that was the only way for my parents to get music. I have no desire to waste physical space, and money, on giant pieces of plastic useful only for listening to music in drastically inferior audio quality.

I really do appreciate album art, but hey, The JPG is a new invention also.

The only vinyl I might keep forever is the Monty Python album with the secret track. Kind of loses the fun if it’s just secret.mp3.

Oh I get it, collecting is mostly nonsensical. We all have our reasons to do so, I enjoy the format and the ritual. I won’t say that vinyl is better than digital, well mastered, lossless formats are superior of course.

I’m just a philistine who enjoys the sound of vinyl records. I know it isn’t as good quality as digital but there is something about it I like.

I like the sound of vinyl when I use it, but only in contexts where its originally meant for vinyl.

If it’s a modern record, unless the artists are saying “we wanted this to have a particular sound and mastered it to work good on vinyl” then I really don’t see the point of getting it on Vinyl. Just cuz they put a lot of bling on the vinyl doesn’t really matter much to me anymore when the album was designed for modern digital distribution first and foremost. You end up with awkward pauses in the album to flip the disk (though that’s a problem with older records at least they would know it was a factor, and some modern stuff I assume gets remastered where you at least don’t have a track fade cut off mid-way for a flip)

But ultimately if I’m going to listen to Rush or The Who or Barbara Streisand. or just anything from the record era, I enjoy listening to it on vinyl and think it captures the sound of the time better.

I have Aja on vinyl, and a FLAC rip from one of the super definition CD releases. While I definitely can appreciate the nuances on the FLAC version on good headphones, and its awesome when working to throw that on Fubar, there’s no denying the experience of putting on the original record and hearing it as it was released in the time.

So I’d go and spend a few bucks each on used Vinyl and use that method as a way to collect older music and listen to it in its original presentation. I’d do the same with cassette tapes if I gave any shits about pursuing it. But it’s almost more as historical appreciation than as quality music listening experience.

I wouldn’t say I actively collect it anymore, but I do have a milk crate or two of vinyl in my father’s storage shed. I used to have a few more crates(with about a hundred records a crate), but they were mostly damaged beyond playability or repair in the 2011 floods.

My parents have two or three boxes in a closet at home. I might go through them and see if I like any of the art for decorations. However, considering the records are from the 70s and how involved my parents were in the hippy thing, I don’t think a lot of them will be in as good a condition as the ones @mrroboto posted.

I HAVE many vinyls, but I wouldn’t say I collect them. The last vinyl I bought was Bangarang and that was a few years back. I WOULD buy them more often if I had the space/money, though.

Also, I am SO, SO jealous @mrroboto.

I have a small collection that I’ve mostly bought out of thrift stores, a little consignment shop with a record section, and the dollar section at the Newbury Comics in Norwood, MA. You can find some cool stuff if you have an open mind and you’re willing to do some cleaning. I have a few records I’ve bought new, and 3 Joe Satriani records I paid like $15 a piece for and Around the World In a Day by Prince. I enjoy the physicality of handling a record, looking over a used one to see what kind of shape it’s in, and putting it on to be played. What I do not enjoy is how short they are. Laserdiscs give me a similar vibe, and I find them easier to handle with their big hole in the middle. I recognize both are inferior formats now and I’m only interested in vinyl from the period when it was a dominant format. The only new music I kind of want on record is Random Access Memories because it’s such a love letter to the vinyl era. I have no desire for the new Joe Satriani album on vinyl, for example.