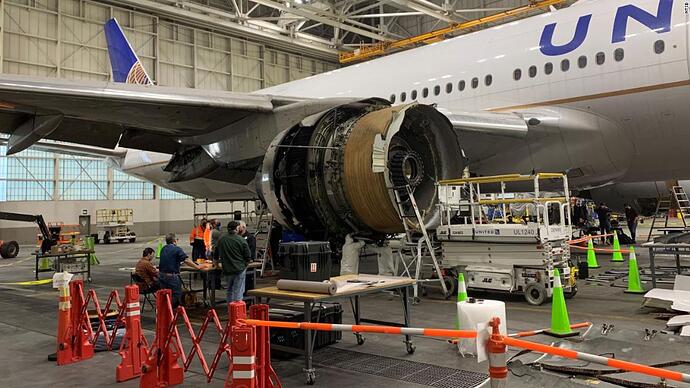 The investigation into the engine failure of a Boeing 777 could take more than a year, officials said, but already the picture is becoming clearer about what happened to the United Airlines flight on Saturday. 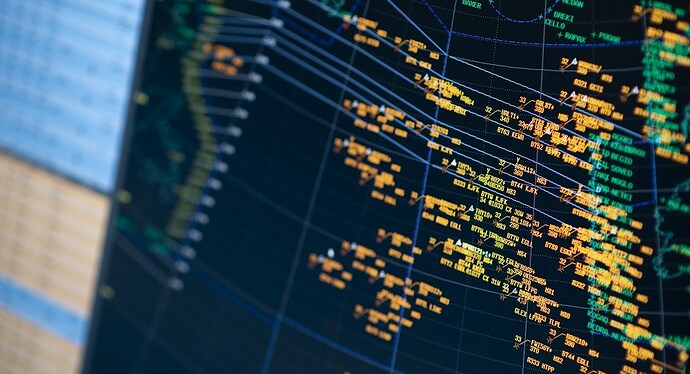 Scrapping the North Atlantic tracks thanks to Aireon space-based ADS-B –...

Controllers are working to scrap the Organized Track Structure routes across the North Atlantic Ocean, ending a decades-long practice of aircraft management in favor of more efficient routings. 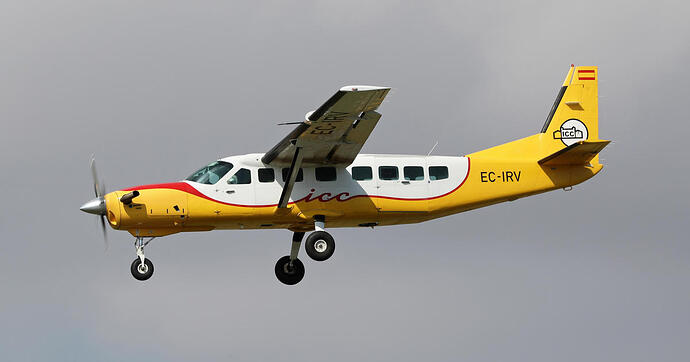 Passenger with "no idea how to fly" a plane lands Cessna at Florida airport...

Dramatic audio between the passenger and air traffic controllers revealed the tense moments before the Cessna landed at Palm Beach International Airport.

For once the headline is not an exaggeration or a clickbait. That’s actually what happened.

Would “you’re at the controls, you have to land” be easier in a Cessna or like a 737?

Big fancy airliners have a lot of assisting technologies, but also… big airliner.

Landing a Cessna would be far easier. Both could be done with someone walking you through it, and both could go real bad despite good help.

An airliner with very advanced auto-land could probably be configured by a novice with radio help to make a good approach and touchdown but as far as I understand it, once the jet lands it’s back to pilot control to slow-down and stop. That alone could go very bad just keeping the aircraft on centerline and slowed down, but if they pointed you to a good airport with wide runways and accept that the machine might end up in the runway overrun area that is designed to stop a jet, then it can be done.

A light aircraft like a cessna, if you’ve been around airplanes and been flown a few times and have some idea of what the correct approach looks like, then it’s not too bad. The only controls you’d be worried about are the yolk, the rudder pedals/brakes, the throttle lever, the mixture control, and the flap settings.

The biggest risk factors would be the novice pilot getting too slow, getting a poor angle of attack and or pitching too steeply. Do any two at the same time while landing and you probably cash, and probably fatally. As long as the instructor at ATC had them stay at a good speed and give them clearance for a very long straight-in approach like you’d give an airliner, then almost anyone would have time to get things lined up and put the airplane down.

The risk for a super novice is to think ‘let me slow down so I have time to think/react’ but that leads to death. In a powered aircraft, speed is life. Until you are definitely going to make the runway, you want speed. Better to fly in circles at nearly full throttle until you figure things out than to stall the aircraft in otherwise stable conditions.

All I know is that I can’t even land the jet in Top Gun for NES. If I have to land a real plane with one shot, I’m fucked.

In a lot of ways, landing a real aircraft is a lot easier than in the games. I can’t land in MSFS for shit but in the actual air, with the real feel and feedback and sense of motion (and the fact that you don’t want to crash and burn) suddenly making a correct approach isn’t too hard.

Still stressful when you’re training but not that hard.

Yeah, seconded - Definitely a Cessna would be easier for a number of reasons. And yeah, you’re landing with no experience, but every pilot does at some point while they’re learning, it’s generally considered non-optional to come back down, so it’s not like they can’t talk you through it. I was fucking bricking it my first landing, though, no joke.

From my sessions in a airliner simulator, controlling the plane on the runway after landing is insane. The front wheel steers by pedals, and turns in the opposite direction you’d expect. Someone doing that and getting an airliner under control while braking down a runway is sure to catch them out, no matter how automatic the landing was.

Mythbusters did an episode on that. They showed that it was functionally impossible for a person with no airplane knowledge to land a commercial jet on their own. It could be done with someone at the control tower walking them through on the radio, but there are too many buttons and switches and dials for someone to figure out how they all work in-flight.

land the jet in Top Gun for NES.

Try a game with Very Realistic Landing Physics, like AC7: 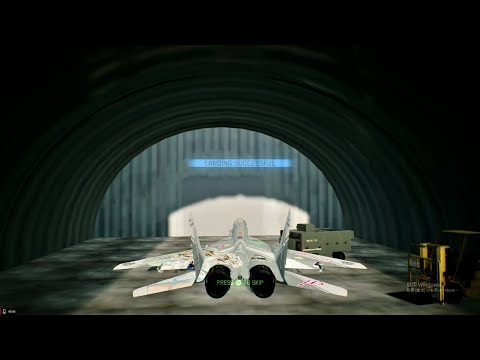 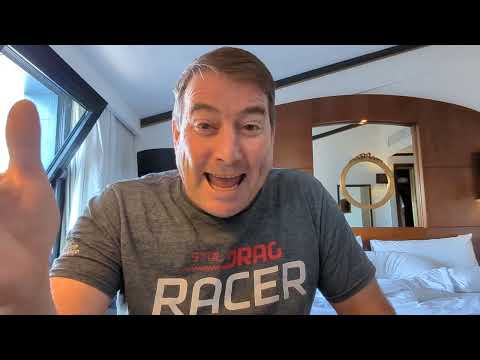 Friend of mine is a doctor. They told me,

“Our medical flight organization reviewed this and are considering protocols for how the nurse or respiratory therapist on board might land one of our helicopters if the pilot is incapacitated.”

Churba, please tell us this is as funny as it sounds.

Reading through some of the comments on the Blanco video (who indeed is a good channel for aircraft incident reactions/reviews) and one mentioned that indeed, the Caravan (which is a decent size airplane, certainly more of a handful than the small Cessnas most people would think of) is definitely a utility plane, not meant for high speed maneuvers. And it exceeded its ‘never exceed’ and its official maximum dive speed during the incident. It’s a good thing that it stayed intact between the dive and the passenger pulling out of the dive. Indeed that’s the only place where that thing I mentioned before (“Speed is life”) will bite you: going so fast the wings rip off (Which more or less requires being in a steep dive) And if your wings don’t rip off from the raw speed of the dive, incorrectly pulling out of a dive and putting 4G of load on the aircraft is what will do it.

This relates to me some and aircraft I’m building, which has been in an engineering review/debate regarding the limits we can allow for dive speed and recovery based on our current wing design. There’s more factors to it than I originally understood, but glad engineers are the ones figuring it out, not me. (It has something to do with the forces on the tail that counteract the lift being generated by the wing, limiting our available maneuvering envelope that keeps the stress within the green zone.)

But back to the incident, chances are even if the passenger-pilot here did everything correctly in the recovery and landing, that dive alone might have overstressed the wings and require inspection/replacement of stressed bolts/structure before it can be put back into service. But it’s unlikely that this dive would have literally ripped the wings off with the margins of safety that get put into these structures. It might have yielded a little tho.

Churba, please tell us this is as funny as it sounds.

Please bear in mind that I’m definitely not a master of the whirlygigs, but having attempted a few of the basics(stable hover, very low takeoff and landing, I mean real baby stuff) with friends, it does sound pretty funny.

Aaron(Not sure if he’s on the new forums) would have a way better answer than me, brother is a master chopper pilot, I am but a humble(for once) fixed-winger to his rotary skill.

That said, I do know a couple videos from Destin at SmarterEveryDay that are somewhat related, and may illuminate things a little. 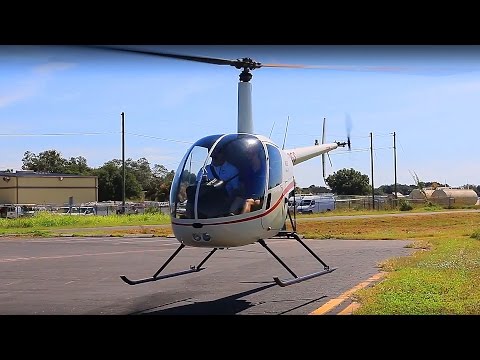 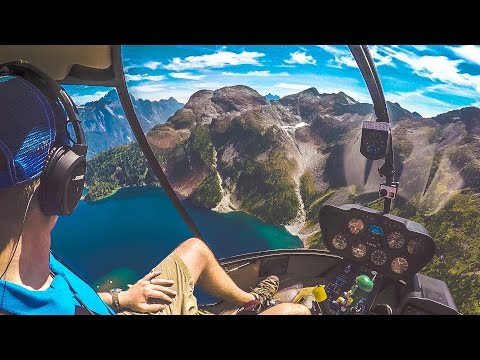 Doctors and aviators both qualify in my book as Serious Professionals, so the intersection of those circles is, well. I imagine they’ll come up with something reasonable.

“Have the nurse simply land the helicopter” is really funny to imagine in a handbook though.

It does have a very “Draw the rest of the owl” kind of feel to it, yeah.

My experience doing technical support for doctors has me feeling the exact opposite way, but I guess if you physically train them enough they’ll learn.