I have been using a 1080p plasma for my big screen and a 1ms/144hz/1080p for my PC gaming for several years now. When 4K was new I didn’t see any reason to jump on this new standard. I like the picture on my plasma and plasma is dead so I know there will never be a 4K plasma for consumers. Then came HDR.

HDR looks like the feature that will get me to jump to 4K. The main thing holding me back is fear of buyer’s remorse. I know what HDR is and I have seen it in stores but all of the screens that I would consider a viable plasma replacement are $3500+ in price. I have also looked at 4K discs and the selection is minimal. I know streaming is the future but there is no comparison between a bluray and the same content streamed.

So I am creating this thread for discussion. Is 4K/HDR worth it yet? Are there any good PC monitors available for gaming under this new standard? Has enough content been created to warrant buying in?

I’ve also been thinking about a 4K TV. They seem like the real deal now, unlike the 3D TVs they tried to sell earlier. There is some amount of actual 4K content, and the prices on the TVs aren’t insane. Even if I don’t get 4K video to watch, my new HTPC is powerful enough to play games at 4K. I also have multiple cameras that record at resolutions greater than 1080p, but no screen that can actually display those videos at full resolution. Even my iPad Pro isn’t 4K resolution.

Despite all that, I’m still going to wait longer. I’ll wait until 4K is super standard and widespread. There is nothing wrong with my current TV. When 4K is as standard as 1080p was when I bought my current TV, then I’ll get one.

I got a cheap 4K LG monitor on Massdrop, and I don’t regret it at all.

I don’t watch much video content on it. My impetus to upgrade was, like Scott, I got a 4k capable camera and wanted to edit in native resolution.

But I also do a lot of CAD and photoshop/illustrator and the benefits of extra pixels cannot be denied. It opens the space up so damn much.

For gaming, my 1080 days are gone for good. Battlefield 1 with 4k means insane sniping. Irons across the map in hardcore and bring able to tell who’s who without the icons floating above them.

I’d say if only for watching movies or shows then it’s yeah, maybe not vital yet. But for someone working on a pc, or playing games on a rig that can handle it, I’d bet you that adding a 4k monitor, even a cheap one, is going to pay off.

HDCP being trash is a turn off but the HDR seems worthwhile.

I’ll wait till stuff is affordable and not crazy priced for no reason, especially for my main monitor which is already amazing.

However in terms of streaming vs physical media. Streaming wins every time, regardless of quality degradation. I’m on any device and have the urge to watch a tv show or movie, rather than wait to get home and sit down to watch it, I’m just going to star streaming it right then and there. If I’m at a friend’s house I have my entire library there ready to go and can cast it to their TV.

An easier analogy would be comparing walking around with an album of photos rather than the Google Photos app which has everything anytime, anywhere.

Just wait for the Internet to be faster and more affordable which is not far as this is the only thing that companies like Netflix, Amazon, Google have to improve to provide services and media which can compete with the physical mediums (whose only draw card is stupidly poor security for the film studios and improvements in image quality once a decade).

Streaming does not win regarding quality, which is the reason to go 4K/HDR. Even on 1080p there is no comparison between BD and streaming.

Yes, streaming is cheaper and more convenient. So is a moped. I don’t think anyone would argue that a moped beats MOPAR hands down every time.

If you really need quality, just download instead of stream. There is no reason to ever actually have a physical plastic disc taking up space.

Yeah there was some blockiness when I was streaming Star Trek Beyond the other day so I downloaded it and couldn’t tell the difference between that and the official Blu Ray copy I had. Both had 5.1, I guess the Blu Ray sounds moderately better with the DTS vs the Dolby surround on my setup in which you can compare the two.

As the Internet connections get better and can keep up with the file sizes or file formats become more competent (see H.265 for insanely well compressed videos, like 25% smaller in size). The quality will be on par.

I hate having to buy physical media then throw out a collection a few years later. 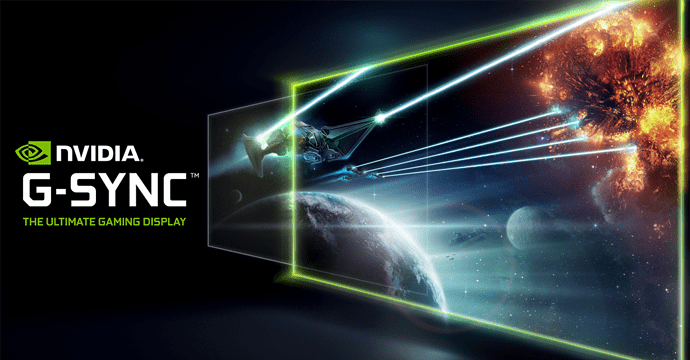 Game monitors powered with NVIDIA G-SYNC HDR technology are ushering in the next generation of PC gaming. Available in 2017 from our partners at ACER and ASUS.

Nvidia seems to be powering the transition to HDR monitors. If you own a Pascal GPU, may glob have mercy on your wallet.

I don’t know about 4K/HDR, but my new MacBook Pro is a MASSIVE step up from my old one.

Either way, I’ve now left behind the last non-retina screen in my life, and have retine phone, ipad, watch and laptop. I now no longer see pixels!!!

It’s fucking awesome. And I can’t look at Juliane’s laptop any more. Her iPad Pro has higher pixel density than anything though, I think.

I can’t say I’ve noticed that. I think it’s because most of my new appreciation for the screen just comes from the increased brightness. On my old laptop I never used any other setting than 100% brightness. On this one, full brightness is often too much for my eyes, especially web browsing where much of the screen is white.