There is probably only one viable option: whoever the Democratic Incumbent is from 2020.

Because to be perfectly honest, and without exaggeration, if there is a GOP president in 2020, I don’t expect to still be in the US in 2024.

I’ll make the case that, if you think you can escape the US’s cookydukes ridiculousness literally anywhere on our pale blue dot, you’re mistaken.

Space it is then.

Beat me to it, tho I was gonna make 2120 Presidential Primaries.

I mean you can’t escape their foreign policy but you can at least get out of the direct line of fire. I’m just concerned that my new skill set will be useless in another country if it comes to that. I’m learning American legal doctrine and procedures it’s not useful elsewhere.

Foreign policy isn’t the only thing you can’t avoid abroad. There’s no paradise out there immune to the fact that what the US does is often imitated by other countries. If not the country you chose to abide in, a neighbor. I’m not trying to be like elitist or exceptionalist but I see it all too often.

I tell you man, Lisbon, Portugal is where it’s at if you’ve got a techie bent.

I guess we’re gearing up for Trump vs. Biden Round 2. 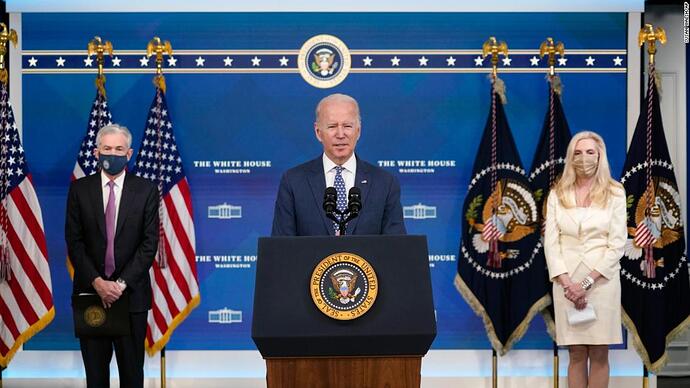 White House says Biden intends to run for reelection in 2024

The White House on Monday said that President Joe Biden intends to run for reelection in 2024, following a recent report indicating that the commander in chief and his staff are attempting to assuage concerns about his future political prospects.

I am seriously doubting this. There has been follow ups with insiders that they are not buying it.

Yeah, I remember reporting from the last election, people absolutely sure that Clinton was going to make another run, people insisting she was going to jump into the primaries late and they’d stake their reputations on it, etc, etc…and then nothing happened, because they were all just trying to speak rumors from the clueless into truths.

I’m also somewhat doubtful that Trump runs again also. He may want to, but he’s in his mid 70s and you never know what might happen.

Opinion: Neither party’s top 2024 candidate can admit he might not run

"The moment Biden hints he will not run, he becomes a lame duck and Vice President Harris becomes a 2024 candidate (and target for potential rivals). Trump’s insatiable hunger for attention demands he maintain the status of 2024 frontrunner. In addition, his fundraising racket and status as a kingmaker in the 2022 midterms would shrivel as soon as he backs out. Moreover, so long as he is a 2024 contender he can frame any criminal indictment that might come his way as a political stunt to keep him off the ballot. Therefore, in all likelihood, he will keep the prospect of a presidential campaign alive right up until he decides he would rather not face rivals and a daily barrage of questions about his 2020 loss…

On the GOP side, Republicans acknowledge in their more sober moments that Trump could be devastating to their chances in 2024 — and perhaps take the rest of the party down with him. Trump is the only Republican candidate who could take Biden’s age off the table, and the flood of stories that have come out since he left office heighten the perception he is irrational, prone to fits of rage and intellectually unfit. Republican donors, insiders and most elected leaders know that Trump’s own physical and mental fitness will be a constant issue. Even worse, they know he will never be quiet about the 2020 election or condemn the Jan. 6 insurrectionists. An election revolving around a frothing, bitter loser defending violent marauders is a Republican nightmare."