What movie have you seen recently?

Munich Colon Edge Of War - who financed this, the Chamberlain estate?

But did you realize it’s also the prequel to Inglourious Basterds? 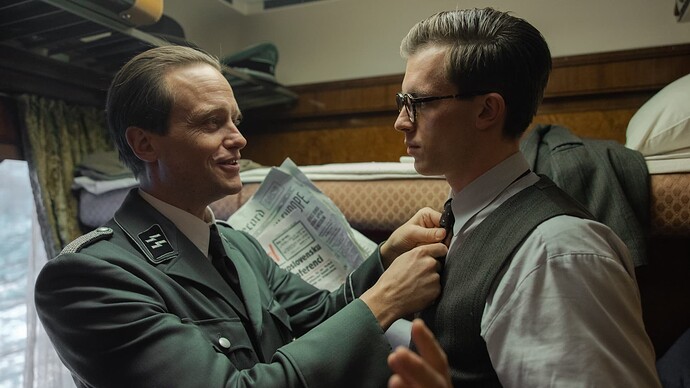 The New Dr. Strange plays and feels like a sequel to Army of Darkness or Evil Dead more than another MCU film.

I short-handed the review I gave some friends by saying Evil Dead 4 was a fun movie.

Everything Everywhere All At Once

Slow clap for the GOAT Michelle Yeoh and a continued applause for the rest of the cast.

Especially the familiar faces from the stunt team. Great job as per usual.

The new Chip and Dale: Rescue Rangers movie was surprisingly great! More like a spiritual sequel to Who Framed Roger Rabbit than a traditional Disney live action/cartoon hybrid.

I went into this movie hearing lots of good things, but being very skeptical, and I was shocked at how much I enjoyed it. Definitely more for adults than for kids with all the 80s and 90s references.

It’s D-Day so once again I am obsessing over this insane, one-take crane shot from THE LONGEST DAY (1962) depicting the French commando assault on the occupied town of Ouistreham.

It really is a tremendous shot.

Everything Everywhere All At Once, I can confidently say it’s the best multiverse movie this year, and I haven’t seen the other one.

I watched Doctor Strange and the Multiverse of Madness last night. It’s okay. Actually, in many parts it’s really good, in that it made me feel something, which a lot of the recent MCU attempts haven’t managed. Usually I’m just looking at the action and visuals and being mildly amused by the comedy banter. But Doctor Strange part two had a lot more visceral gore and horror and spookiness than I’ve seen before in the MCU, and it had me tense and sometimes squirming in an enjoyable way.

However it falls down quite a bit in terms of plotting and, unfortunately, the treatment of the villain. I thought after Wandavision, Wanda would have a bigger role in the MCU rather than being demoted to coming up with moustache-twirling evil nonsense.

Like Thor Ragnarok, it’s a movie I enjoyed for one aspect (comedy) despite the story not making much sense, and the movie itself being flawed.

The villain in EEAAO was fantastic. There’s a line about them “having no real motives or desires”, and it pays off by the end!

The Gray Man is not good. But remember when you watched those 15 minutes in No Time To Die and realized it should have been about Ana de Armas? It’s like 25% of that.

Torn on the other hand, is really something. The footage from the day of the accident, and immediately after (same day?) of the friend who survived is gripping.

And also it’s not really a plot twist per se, but the second half is different, and both halves are good.