However, if you’re like me and you went through a “debate with me religious people” phase in your life and while you’re nowhere near as abrasive as you used to be on the subject, you basically still hold all the same views. This may help.

It won’t work for everyone, it’ll likely only work for someone coming from that background, so if that’s not you, maybe give it a miss.

Does anyone else have a religious relationship with something besides God?

Not “religious” per se, but I do seek spiritual and emotional fulfillment from my hobbies and general consumption. I get into some pseduoscience nonsense talking about taking a mindful, fully-engaged approach to things and how it leads to enlightenment. I genuinely believe that, but also recognize it as being very hokey new-age stuff.

Basically, I find God or whoever when I sit down to focus on tasting a beer, or doing work with my hands, or something like that. My approach has been one of functional spirituality based on indulging life experiences fully, basically.

I think it’s related to hedonism somewhat, in that I believe in using all aspects of your flesh vehicle to enable your soul to fully experience its reality, and in doing so finding enlightenment. Like, if I believe God gave me this body as a vessel for a spirit, then obviously he intended me to use this body to get my soul to interface with his world. Might as well interface all the interfacing.

A Reverend friend of mine keeps talking about a new translation of the New Testament he read that emphasizes that these people truly believed the Rapture was coming soon, and that in the Apocalypse accumulation of wealth is useless, therefor you should give it up to the needy so that they might survive it. Very potent take during the Climate Crisis.

I think I’ve had a revelation while on (medical, therapeutically supervised) ketamine. There is an infinite power with infinite wisdom out there, but the Almighty has no plan or interference with us. There isn’t really a consciousness to it. It’s just an infinite power that you can tap into if you are so able to. 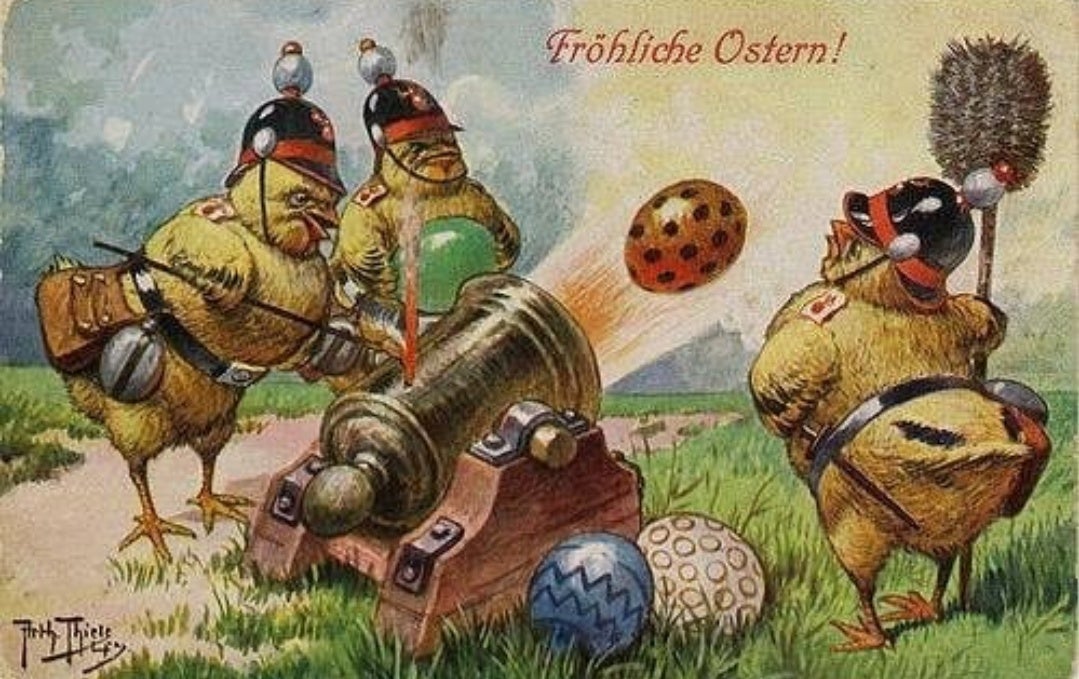 Happy Walpurgisnacht everyone!
You know what that means.

Teachers abusing their positions of power for demonic cults?

An excellent argument on the value of traditions and ritual

I just watched Home Alone for the first time since I was a kid.

Some parts of that movie stand out as excellent (e.g., the John Williams score). Some parts are just odd (the extreme attention to detail on exactly how Kevin was not noticed as being missing, why the police didn’t want to talk to Kevin or the old man, etc…).

But the thing that really stood out to me as an adult was the specific centering of christianity.

When Kevin runs to the church, the wet bandits won’t go in to chase him. They are repelled from the church like vampires. It’s a whole beat of the movie. “I’m not going in there.” It’s almost cartoonish.

Then later, Kevin meets with the old man in the church (and solves his life’s crisis), and you get another whole bit about how important the church is. It culminates in him praying over dinner before the assault. It’s definitely centered as an unspoken default that the family is christian. There are no other shibboleths of religion in the movie, and this is all just assumed.

But, then I found these blog takes. Not christian enough apparently =P 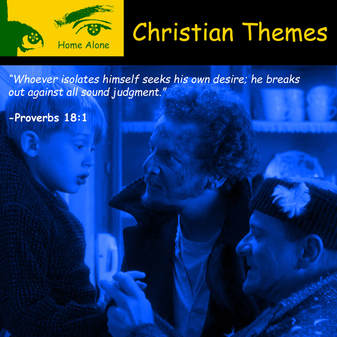 It’s so frequent that the public image of Christmas forces you to be happy with your family, even though that time often causes all sorts of long-lasting chaos, particularly broken relationships. At that point, you almost wonder, “is it worth the...

“Sadly, nobody saw these signs as God’s miracles, they never turned to Him, in fact, Kevin just saw Santa as the savior. All other sinful actions of these characters go unpunished, including Kevin lying to a stranger about being an only child, virtually disowning his relatives. (Matthew 15:4) He doesn’t learn to love his father and mother, thus the audience, particularly kids, will try to imitate that glamorized behavior. (John 15:12) That is why you don’t have to be a McAllister and ignore the calling card of the Lord: disown your sinful urges and turn yourself to Him.”

Huh, I never processed the religious overtones of that movie. Honestly, I haven’t thought about it in so long I just don’t care.

Might be part of the Christian upbringing that allows me to forget it. Christianity is the default so obviously those church trappings are supposed to be there, amirite?

I have become aware in recent years how much of that I can filter out precisely because I’ve been raised with it as the default, and it’s a strange problem I’m not totally sure how to overcome.

Walpurgisnacht! The storm is your cytokines. 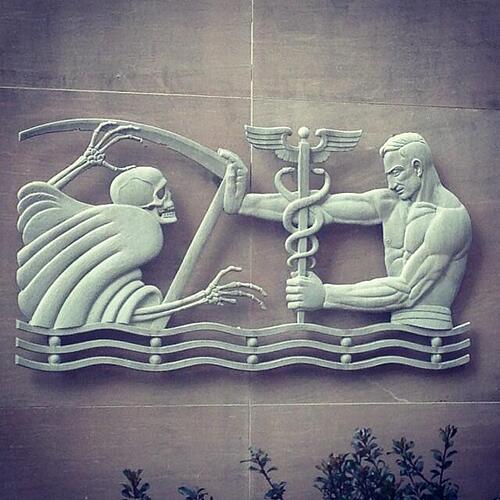 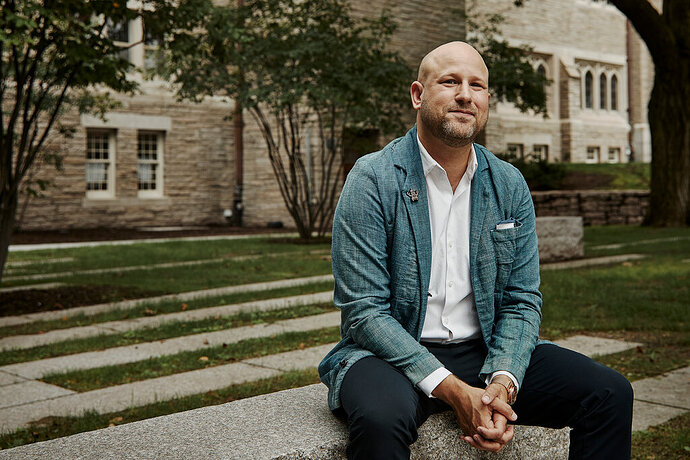 The New Chief Chaplain at Harvard? An Atheist.

The elevation of Greg Epstein, author of “Good Without God,” reflects a broader trend of young people who increasingly identify as spiritual but religiously nonaffiliated. 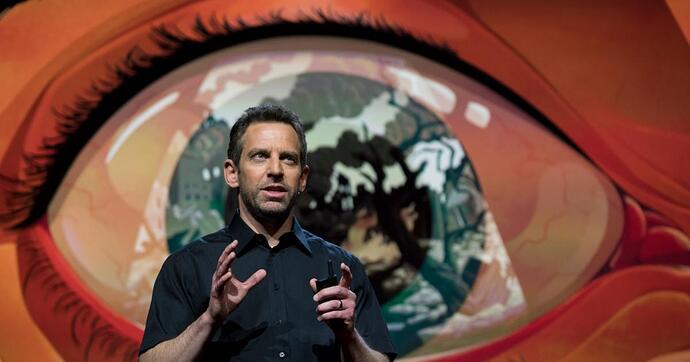 After leaving religion, I learned that some atheists were more interested in opposing Islam than standing for pluralism 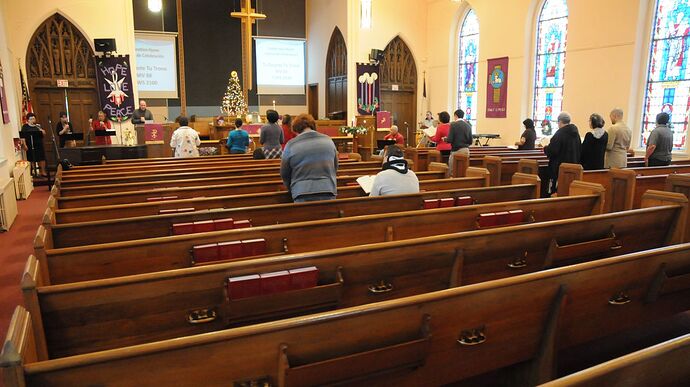