It doesn’t make the games “completely unplayable” because there is, obviously, a huge player base for all these games, and many others.

They may not be suited to my tastes, nor suited to your tastes, but that doesn’t mean they don’t suit many, many, many people. Enough for Microsoft to pay 69 billion dollars for, at least.

PUBG had a small map with PVE elements for one season, with games only lasting about 10 minutes, and I played it a lot at the time. But it got stale pretty quick. It was easy to play and win, but didn’t have the depth that brought me to the game.

There’s a reason PUBG corp has gone back to focusing on its bigger maps, because they are overwhelmingly more popular. The core gameplay and speed and weapons and pacing was built around a 8km by 8km map, and to this day that scale works best with those game design choices.

Analog signals have a finite amount of information in them.

The Nyquist–Shannon sampling theorem is a theorem in the field of signal processing which serves as a fundamental bridge between continuous-time signals and discrete-time signals. It establishes a sufficient condition for a sample rate that permits a discrete sequence of samples to capture all the information from a continuous-time signal of finite bandwidth. Strictly speaking, the theorem only applies to a class of mathematical functions having a Fourier transform that is zero outside of a fini...

(Shannon is Claude, who you may remember from such hits as… computers)

In English: you can perfectly reconstruct a signal, if you sample the original at 2x the maximum frequency in that signal.

There’s a Connection on it if you would like to know more: 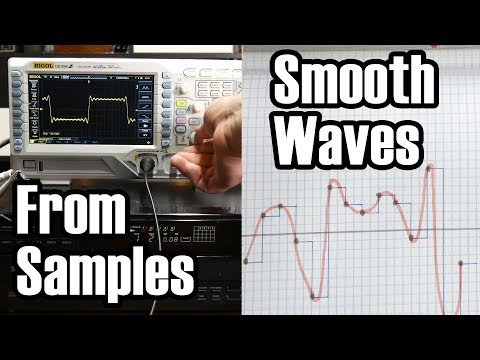