What movie have you seen recently?

I didn’t find the Go scene important at all

The conversation was more important.

I’m not sure why it would be important, as it was just an additional bit of subtlety, to demonstrate each character’s personality.

There are more scenes that already do that.

Any story that uses a game/ game mechanic to push the plot, I assume is just contrived for this purpose. I would never take it literally.

Star Trek: TNG has plenty of examples of this.

This conversation is giving me flashbacks to high school where we watched The Net in computer class. IIRC it was on more than one occasion. 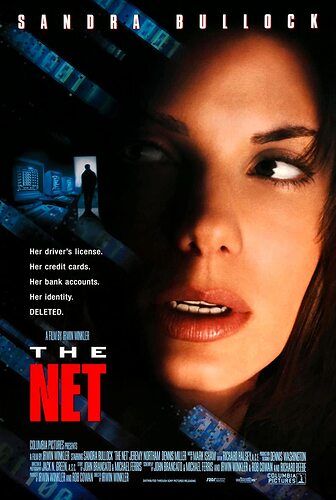 The Net: Directed by Irwin Winkler. With Sandra Bullock, Jeremy Northam, Dennis Miller, Diane Baker. A computer programmer stumbles upon a conspiracy, putting her life and the lives of those around her in great danger. 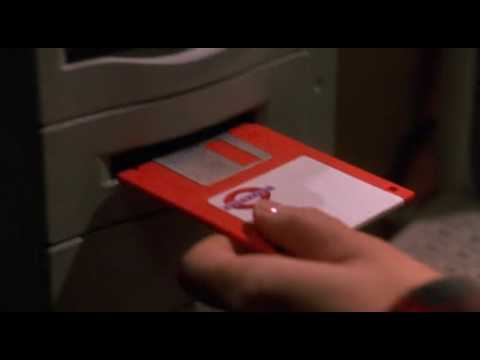 If you know anything about anything, it’s going to be really hard to enjoy almost any work of fiction if you can’t get over things not being perfectly realistic.

What next, mechanics saying that the Blues Brothers is garbage because there’s no way that car would keep going?

I have watched this movie before. Maybe 5 times before. I assume I’d watched it once with Juliane, but she insisted (correctly) that she hadn’t see it.

It’s a good movie about a whole group of not-particularly-good people in Chicago doing a bad job of dating each other, with John Cusack’s Rob the lead not-good person.

How entertaining can it be to see so many people make terrible life choices? Very!

Might not appeal to you if you’re not Gen X enough.

I’ve never seen a single episode of the 90’s TV show, but I can try out an Andy Samberg/John Mulaney movie reboot. But not really a reboot, as it’s about the actors who played the title characters and their Hollywood lives, in the vein of Roger Rabbit.

And it worked! I mean, the laugh-rate was pretty consistent at two or three big chuckles every scene. It’s about what I expected.

There’s some great voice work too!

Which brings me to SETH ROGAN STUNT CASTING!!!

WHY OH WHY does Seth Rogan keep getting cast in animated movies?!?!?! He’s ALWAYS the worst part of ALL these movies, even if they are otherwise good movies. HE’S FUCKING AWFUL at voiceover work, and the only enjoyment that can be gained from his appearance is if it makes you chuckle that you recognise his voice. IT DOESN’T MAKE ME CHUCKLE.

I hated him in Kung Fu Panda and as Pumba in Lion King. And what’s worse, those characters turn up IN THIS MOVIE to rub it IN MY FACE.

It’s okay to get Hollywood stars to voice characters! For example, J. K. Simmons doing a fantastic job in this very movie! But did anyone WANT Seth Rogan in this movie, or is he just friends with the director?

If you like High Fidelity the movie, they turned it into a TV show and gender-swapped the lead character and Jack Black’s role, and it was surprisingly great, maybe even better than the movie. It unfortunately only lasted 1 season before it died during the pandemic but it’s still worth watching: 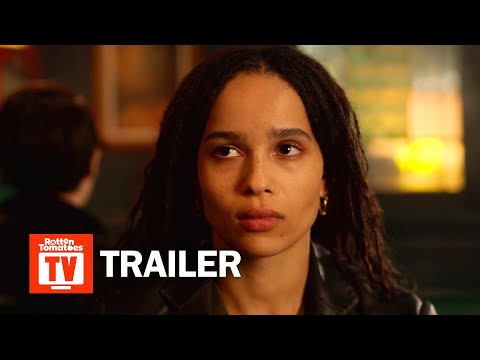 Might not appeal to you if you’re not Gen Z enough.

Do you mean X?

This started so well! A great introduction to all the characters, an interesting premise, and loads and loads of tension-building. Not to mention the AMAZING food cinematography which perfectly captures the Chef’s Table aesthetic, along with the pitch perfect soundtrack. The ENTIRE cast is excellent too, and I was hyped for the second half of the movie.

Because I watched the first half, then paused to watch some tennis.

In the few hours before resuming the movie, my mind was running over all the possibilities! This is a HORROR THRILLER set in a restaurant and the KITCHEN IS RIGHT THERE!!! It’s filled with KNIVES and TONGS and MACHINES and STOVES and all kind of inventive props to kill the obnoxious rich guests one by one.

Right? All the guests will be killed one by one? In ever more clever and gruesome ways? RIGHT?!?!?

So, I started watching the movie again, and was very disappointed. The script just didn’t hold up. I wasn’t sure what the message of the movie might be, because it felt like it was trying to say five things at once and failing at them all. And then Nicolas Hoult’s character turned out to… well, none of his story made sense in the end. Neither did any of it.

For every moment that made me happy, I had FOUR moments where I was left unimpressed or unsatisfied. Sure, we had the “Ratatouille Moment”, although in this case the chef was reverse-Ratatouilled, and that was great. But then, what about all the service staff? What is their motivation? Have they been Fight-Club-Brainwashed into this lifestyle? Where’s THAT movie? What was the angel hanging from? Skyhooks?Etc, etc, etc.

A non-sensical script would have been okay, I guess, if the movie had actually followed through on what I had imagined would be coming when I paused the movie for a few hours. All the anticipation was totally squandered be the weakest-assed ending to a horror movie I’ve ever seen.

Like, I don’t want to give it away, but the ending wasn’t only weak but left SO MANY MORE questions unanswered. And there was ZERO catharsis. It’s like ordering the best cheeseburger you’ll ever taste, and then as you’re about to take a bite of it, it’s slapped out of your hands. You’re left with only the memory of the anticipation of what COULD HAVE BEEN.

The more time passes after I watched this movie, the more disappointment I feel. Because, oh boy, the first half set up so much promise, and the second half flails and falls and fails. With excellent cinematography and acting, but fails nonetheless.