Sure, and some individuals will definitely do that. I’m talking about a society though. Unless you’re saying that this current generation of young folks are somehow more predisposed to maintaining their minds, more so than those who came before I don’t see how what you’re saying and what I’m saying can’t both be true.

I guess when I say it’ll happen to us, I don’t mean the people in this forum. Heck I think comrades are devoted to an ideology that “to each according to their need” is a part of. If you’re core belief is that, brain can get as slow as you want and you’ll still believe the right thing.

Not being able to process information as quickly as we did before does not translate into being an asshole who is intolerant of new ideas and is averse to change and hates what young people are up to. Even if we get old and can’t read Internet as fast as we do now, we aren’t going to somehow be opposed to cyborg kids or whatever other crazy direction society goes.

People tend to conform to the ideology of their social circles. When you share culture with someone, you share space. You hang out. Previous generations were more socially isolated from each other because they were culturally isolated. In the 20th century each decade had its own cultural identity in terms of fashion, music, art. Starting in 2000, it’s a lot more blurry thanks to the Internet.

When everyone aged 10-50 is hanging together, playing Fornite together, playing Minecraft together, cosplaying together, enjoying anime, forming a community, they are sharing both culture and ideology. There used to be dividing lines of this nature, but from my perspective, whatever divisions there are among people younger than boomers are drawn along other axes.

As long as we continue to form inclusive communities that bring together people across generations in their shared love for whatever, we will also naturally share ideology. Non-Internet generations did not do that. They only hung with people their own age.

Add-on: Think about it. When I was a kid we played video games with other kids. To our parents, video games were stupid kids stuff. Now, new families, the whole family games together. The power of digital culture has created cross generational bonds and a more-united front against the olds.

I can dig it, same idea in the video of “tending your tree” in a way that keeps it healthy even when it’s harder for it to change. Same idea in my first post when I said we should stress compassion over consolidation of power.

Not being able to process information as quickly as we did before does not translate into being an asshole who is intolerant of new ideas and is averse to change and hates what young people are up to.

The argument that this statement is false is basically the contents of the video that started this discussion.

It’s even a depiction of exactly how.

May I present this argument from a wacky dude on a YouTube video. Case closed!

And fair enough, but that’s not what I’m going for.

Here’s how I see the discussion as going:

Scott: arguments of my own that don’t address the youtube video

Me: I took your arguments and attempted to apply them to the youtube video, here’s what I came up with, I don’t really buy it, is this what you’re trying to say?

Scott: restating the arguments I said before while just contradicting the youtube video

Me: all you’ve done was contradict it

May I present this argument from a wacky dude on a YouTube video. Case closed!

The youth always think that their generation will be better. While that may be slightly true over time, every generation has problems. To assume that our generation won’t succumb to the same types of problems as the other generations is naive at best.

Go back and watch the white supremacists march in Charlottesville. Find me a guy who’s over 40. They’re almost overwhelmingly younger. These types of ideologies and beliefs never fully go away. You have to constantly fight it. Old people dying won’t magically cure anything.

GameGate, ComicsGate, Pepe the Frog. These weren’t started by our parents. They were started by people our age. Ben Shapiro isn’t popular with Boomers, he’s popular with younger people.

They’re not actually popular. They just appear popular because of appearances. They get a lot of attention, making it appear that they are a big deal, but it’s almost entirely negative attention.

Look at every proud boy rally or whatever. A handful of nazis show up and a huge pile of antifa show up. This happened just recently in NY. I think people said there were 10 nazis and hundreds of antifa. One of the people was even a nazi who was so much “that guy” that the other nazis rejected him! Kicked out of the proud boys for being too nazi. Hilarious.

Without gerrymandering, electoral college, the senate, and other undemocratic mechanisms, the GOP would have nothing. They are a minority. Don’t let them forget it.

Yeah, some young people are giong to be nazis. Some old people are totally cool! Bernie and Warren are geezers! The unity I’m talking about refers to most people not all.

Side note: I’m tired of having to repeat myself with extra unnecessary words because of “not all X” arguments. If someone says “most X are Y” do not respond with “what about these X that are not Y?” If there is going to be a counterargument it should be “most X are not Y, most X are Z”. That is perfectly acceptable.

If I say most I mean most, I don’t mean all. If I mean all, I’ll say all. If it’s not clear, use common sense. “Does Scott know that there is at least 1 nazi under the age of 50?” Unless you think I don’t know that, why would you think I was arguing something to the contrary?

I think people said there were 10 nazis and hundreds of antifa. One of the people was even a nazi who was so much “that guy” that the other nazis rejected him! Kicked out of the proud boys for being too nazi. Hilarious.

That was the latinos for trump (actually just the proud boys) thingy. And yeah, that one nazi dude had a wierd name, Jovi something I think, and the other nazis didn’t like been seen with this nazi who was more open about his naziness. 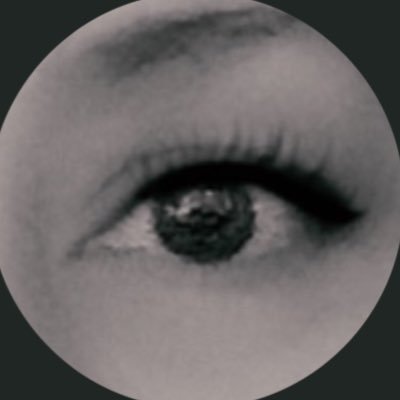 Hard to not notice the diversity of the democrats Vs republicans... #ImpeachingHearings https://t.co/l67KD1J3mI

Why is congress so partisan these days? Why can’t they compromise and work together like the old days when it was 100% white dudes?

Just read a local news report of some graffiti on the side of a building in the city “It’s never 2 late 2 assassinate”. There was no explicit target of this message, though the building owner assumed it was referring to POTUS. They quickly covered over the graffiti, but the building owner (random person, as far as I can tell) and a city official were both quoted as making comments along the line of “I don’t care what your political beliefs are, we have to find a way to come together and not be so divided in this country.”

All of that is preface to say I’m a bit tired of hearing this sentiment expressed with no further discussion, in whatever circumstance it is shared. If it is a random private citizen, then the follow up question should be “and what are you doing to make this happen in your life?” And if the person saying it is a government official at any level then there should be follow up questions asking what they suggest should be done to make it happen, what they will be doing within their powers as a politician to bring about this healing of division. Especially, more prominent politicians who have engaged in overt and aggressive behaviors that run counter to this sentiment of healing division should be called out clearly. The idea that it is someone else’s challenge to solve or that simply wishing it were so is disheartening to hear repeated. It is the new “thoughts and prayers”.

Here is why I have all of those thoughts about the hollowness of “we need to find a way to heal the divisions between us” proclamations. I feel like this is actually what is going on, bullshit “both sides” crap and false equivalency. 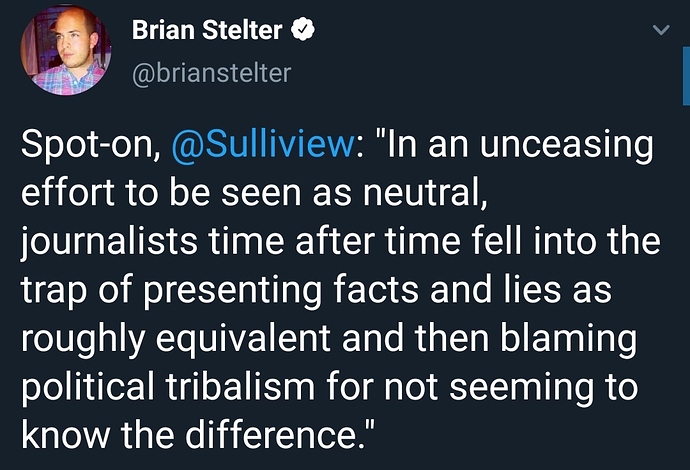 Under capitalism, the news is not incentivized to report as accurately as possibly, only as engaging as possible.

45 posts were split to a new topic: Homelessness in US vs UK

Politicos and Pundits will have you believe that we are less educated now than ever before. This is patently false, and only confirmed by historical records that do not document people who couldn't read or write, which was most of the population for millennia.

This was too good a thread to let disappear into the ether.