Superstition ain't the way, no, no, no

Amongst this community of skeptics and the empirical minded. Do you all still live with a degree of superstition in your life? Do you believe in bad luck? Do you own any good luck charms? Would you walk under a ladder whilst smashing a mirror?

I perform various rituals or abide by various rules that could be viewed as superstitious, or have superstitious origins. I do not believe in any of the superstitions or supernatural reasoning that others might believe. I just perform the rituals anyway. The only reason is because “that’s the right way to do things.” 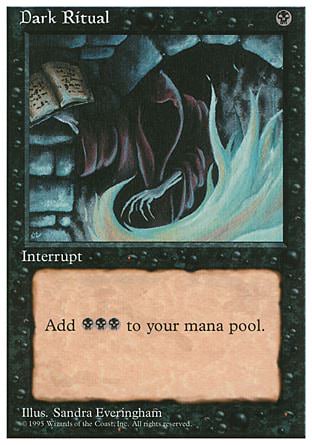 None whatsoever. That’s not to say I go out seeking to never do anything with superstitious origins. Were I ever to find my way into the Ranger’s locker room I’d not walk on the logo, but that’d largely be out of respect for the superstition of the players rather than any superstition I myself have.

To take my above example, were I to find myself in the rangers locker room and I was certain no eyes or cameras were on me. I’d give the logo no heed and would trad on it if it was between me and where I was going.

I have a ritual that isn’t based on superstition. When I sit down to play rpgs, because I have multiple sets of dice, I will roll one die from each set to determine which set to use for that session. To me this is just an unbiased way to choose.

Rituals are important! They keep me safe from spirits! Like sweeping my head at crossings to keep car spirits at bay, it works!

Ahem, but I actually do keep some rituals. Nothing mystical of that sort, but more like things I’ve picked up over a lifetime of anxiety that have become crutches. Like refilling all of my fountain pens before a big day (tests, interviews, etc) regardless of their ink levels; or setting all of my clothes in a neat pile before an event, despite the fact that it doesn’t really buy me any time in the morning. I guess I’m stretching the definition of superstition and ritual thing, but I digress.

I also sacrifice a virgin lamb at the black altar every 13th day and on new moons, but that’s neither here nor there.

I used to flip a coin every now and then, and let that be the random seed for how I handle new arbitrary decisions that come up post-flip.

I studiously tried to decide randomly whenever a decision was of minor importance and appeared to be arbitrary.

I have Mulder syndrome; I WANT to believe. I want to believe in ghosts and aliens and bigfoot and faeries and I can even see the appeal of some forms of religion. In my heart of hearts I want them to be real and even though my modern educated adult brain logically knows it’s all crap I hang onto some bit of hope in my primitive dumb child heart maybe some of it will be proven to be real.

I don’t believe in superstitions per say, but I do believe that computers and cars have “moods”. Technically I know this isn’t true, but it’s far easier than unraveling the complex set of variables that lead to the unexpected behavior.

I like thinking we have solved all this shit but I also sometimes wonder if there are some fields or dimensions or whatever that do affect the world but simply works way outside what science has been able to study or measure and plays into the idea that there’s a mechanism behind the curtain so to speak.

Like We are still finding new shit. We still don’t know a lot of shit. Have we really fully definitively excluded every possibility of some field or dimension that can influence matter or energy that accounts for what we consider supernatural, that’s yet compatible with current physics?

Observation and measurements may not apply if things are “aware” of them going on.

I don’t believe any such thing does exist or occur. Fuck superstitions and fantasy and magic and all that. But, I wonder if we are ever able to really be sure.

I believe there is no such thing as the supernatural. All phenomena are natural and inherently explicable.

I believe in supernatural things for the sake of fun, empathy, and creativity. I figure the human brain is built for it, might as well have fun with it. If it really matters or you try to argue with me I’ll go back to skeptical empiricist mode, though.

“An open mind is like a fortress with its gates unbarred and unguarded.”

I’ve got a mind honed by fantasy and science fiction to just kinda accept interesting possibilities. Maybe we’re all in a simulation, or maybe horrible things will eventually wake up and unmake everything. So I certainly entertain magical ideas as possibilities, but I’m not particularly committed to them. I’m also not that committed to the empirical world though. So it goes. I’m also slightly untethered from society in some ways, so a lot of things people talk about as if they were hard rules that clearly are not don’t bother me… so I was never bothered by people’s otherkin things or mystical thinking. As long as they’re relatively harmless, who cares? But on the other hand I’m brutal in thinking on certain other things. Like if someone kicks a puppy I’ll go straight to “execute them.”

I also don’t think I’m OCD about it, but I like complete sets of things. I’d rather have all the expansions for one game than ten different incomplete games. I’d rather run “all the rules” or “only the basic rules” than some mix. I’d rather all the code be written to one standard than ten. None of this is at the level that it interferes with my life, but I kinda feel a little bit “odd” about it.

My hope, however remote it realistically is, is that some of the “supernatural” might one day be explained by science.

I have a bunch of rituals, actually. I’m not really a spiritual person in the traditional sense, nor am I superstitious, buuuuuuuuuuuut…

Ritual has an important place in human life, IMO. There is a certain degree to which rituals help us to center, and focus our attention on the thing we’re doing. A looooooot of rituals in human history involve paying a lot of attention to small, seemingly unimportant details - but putting yourself in a detail-oriented mindset means you will tend to be a lot more mindful of whatever it is you’re doing.

I have a shitload of tiny workplace rituals - the way I arrange my benchspace when I work is critically important, and I cannot work until it’s right. This helps to minimize the impact of human input on my work, which is an important method of controlling variables.

But there’s also a profound sort of peace, I find, in attaining that focus. Putting all of my attention in a small, otherwise meaningless experience allows me to sort of “turn off” the outside world and indulge entirely in whatever I’m doing. I add an element of ritual to drinking an expensive-ass beer, for example, and while I don’t know if it alters the way I perceive the beer, it makes it a very full experience.

Ritual and superstition are not inherently intertwined. I think rituals are important and that superstition is nonsense.

Is it ritual or superstition that I hit A on the third shake of a Pokeball to make it capture the Pokemon?

I was always in the “Hit A repeatedly” club; I know at least one person who swears by “Down + B”.

I don’t think I had a strategy for pokemon catching but I definitely tilted my gameboy such that my pokemons’ health bars were “falling uphill” so as to ensure they had the most resistance to damage. I mean gravity was keeping their health from decreasing. Conversly I’d tilt it the other way to ensure gravity was helping me kill my enemies.

This was 100% effective to the best of my recollection.

I would close my eyes before I started any SNES game. I’d close them tight, to center myself and cleanse my mental palate. Then I’d open my eyes and begin the game.

For some reason I only ever did this with the SNES.