No pics but I have been experimenting with making my own spaghetti sauce with great results. Even with tinned crushed tomatoes you can make a great sauce with no crap in it from pre-packaged stuff.

For 80% of the year tinned tomatoes are better quality than fresh you can get in the produce section.

True true. What I really want to try this year is growing my own tomatoes and making sauce, if i can keep the damn squirrels away.

Tried a new recipe tonight that I’ve wanted to make for over a decade now: Chicken and 40 cloves. Simple recipe where break a whole chicken down into 8 pieces and you basically cook them in olive oil and 40 whole cloves of garlic. The end result is that you get chicken that has picked up the slightly sweet and musky roasted garlic flavor: 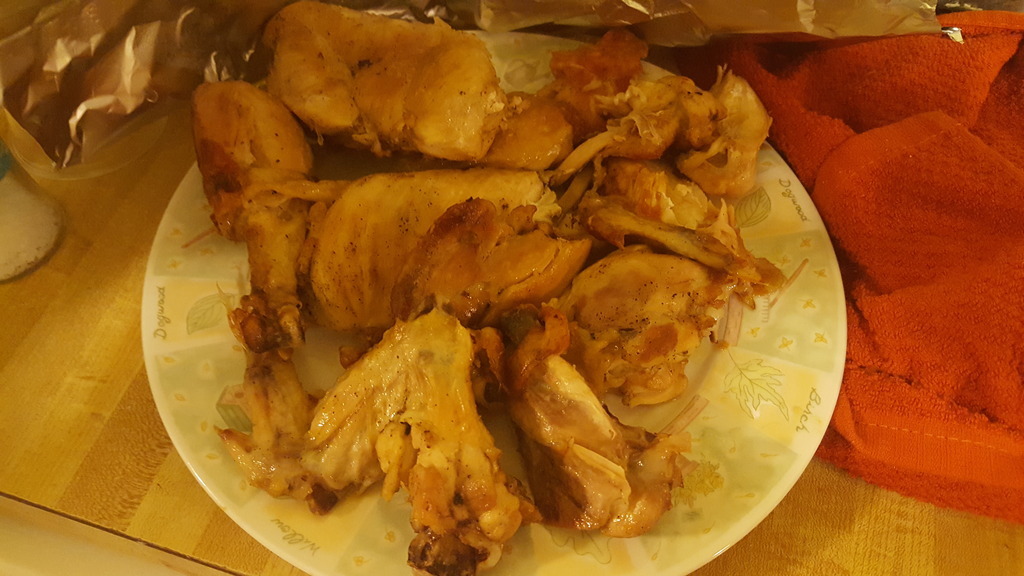 Even though the chicken cooked for a while it stayed moist. It pretty much falls off the bone. Then you take the oil and garlic that’s left: 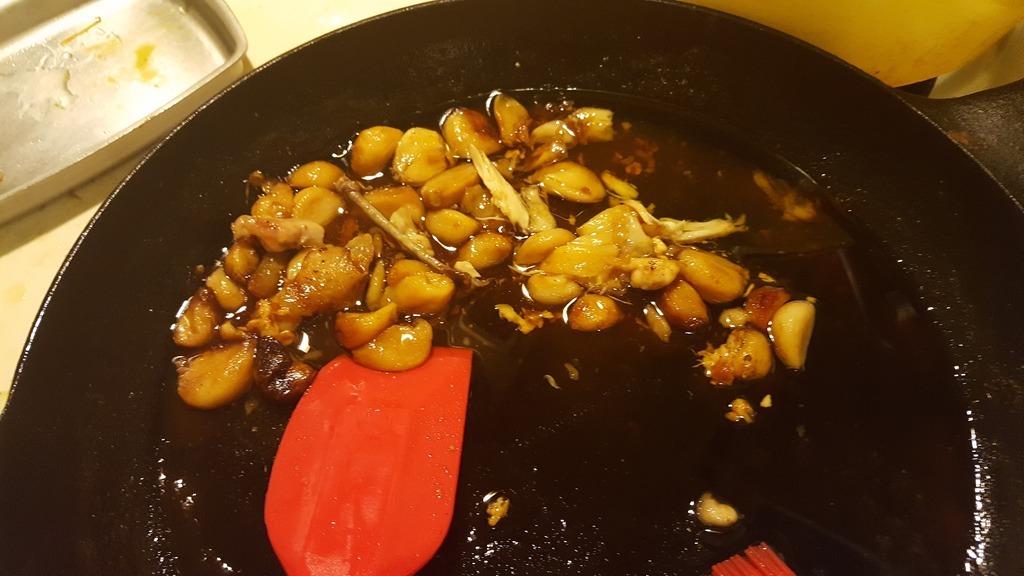 and you brush it on nice crusty italian bread. The garlic is so soft is literally spread like butter. 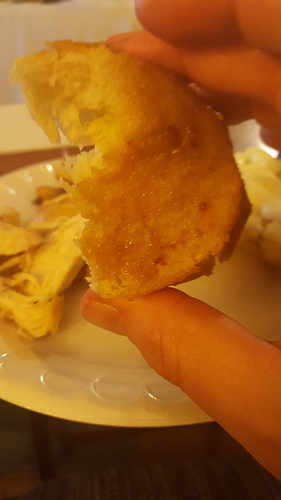 It’s a shame Ive put off making this recipe for so long, it was delicious. Definitely something I’ll make again.

Aww yes. Muffins is the best form stuffing can take. What do you usually put in yours? 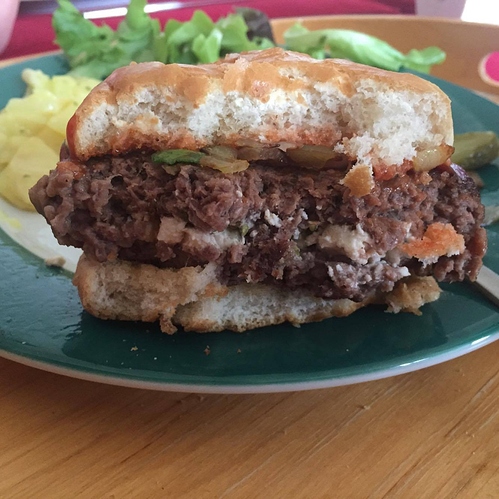 Shrimp and Grits made appropriately for Mother’s Day. 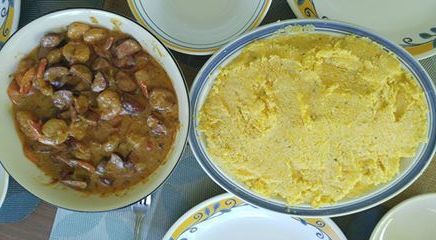 Cajun Shrimp Sauce made from Jekyll Island Recipe: http://deepsouthmag.com/2012/09/11/jekyll-island-club-hotels-shrimp-and-grits/ Grits were made with a combination of half Cheddar, half Pecorino Romano plus herbs.

My family likes to put chocolate chips in it. 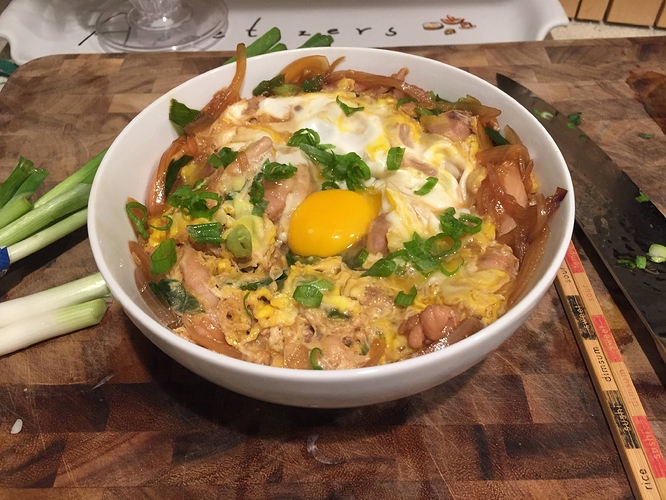 Both together works well, too. 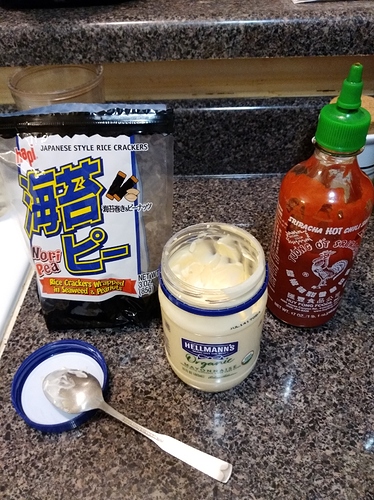 Nothing fancy but I made some homemade dinner rolls to go with a beef stew the other night: 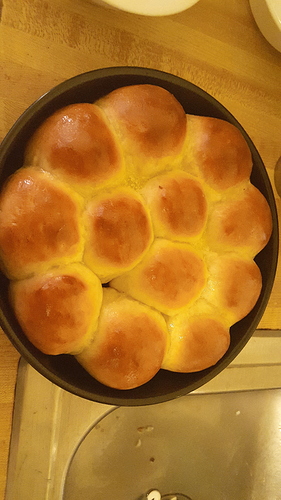 Then the next night since the dinner rolls were gone I made some homemade biscuits to go with the leftover stew. 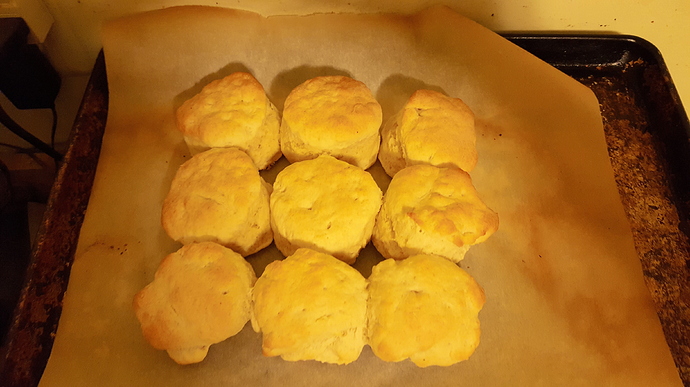 Tried a new recipe tonight. Pork Egg Foo Young. It turned out way better than I thought it would. The sauce could use a little tinkering but overall it’d a keeper of a recipe. 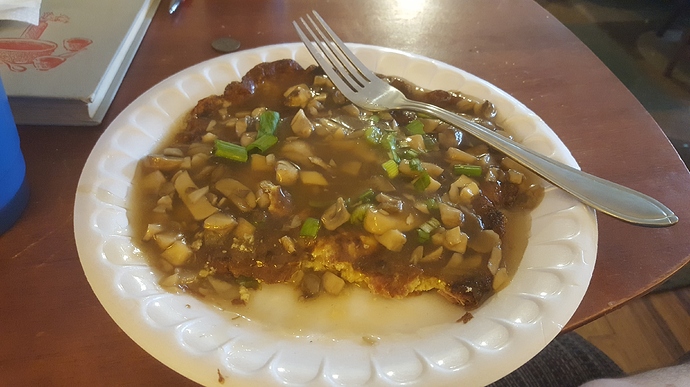 Remember those toastr cakes that Thomas’ used to make? Well, I got a muffin top pan as a birthday gift so I made my own. 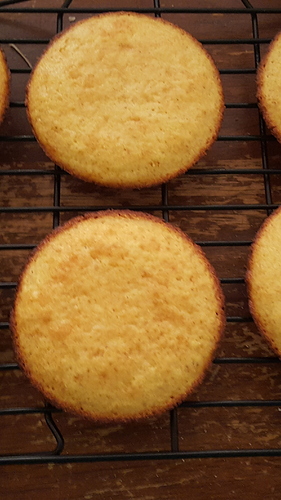 Jeremy and I are trying to eat better and cook more. We recently started a Hello Fresh subscription and have enjoyed it so far. From all the recent cooking it made me realize that it’s pertinent to invest in good cookware and got Calphalon pans.

I got the Victorinox 8" chef’s knife and pairing knife, and I absolutely love 'em.

Edit: If you prefer the look, they also make it with traditional rosewood scales on the handle. However I like the fibrox because of it’s extreme grippy-ness; somehow through science and wizardry, it feels like normal plastic when dry but like fine-grit sandpaper when wet.

I’ve moved into a new apartment and was testing out the kitchen today. The result: orange-chipotle-bourbon osso-bucco with mash.

Damn it was good. 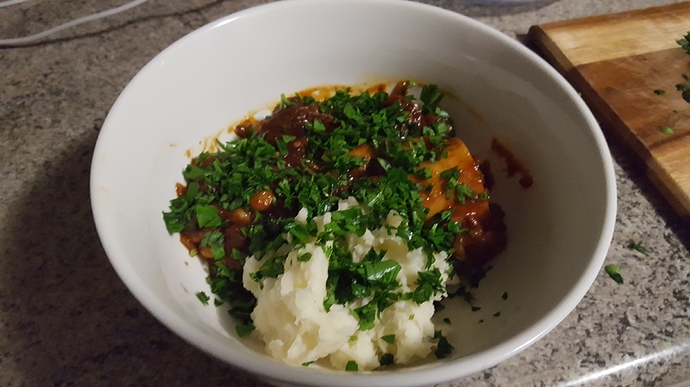