Ostensibly, you play games to win. (Assuming we're talking about competitive games: you're not playing to "win" Dungeons & Dragons… are you?) But are really? Shouldn't you be winning a lot more often? Maybe you should try that cheap strategy you've heard about. Punch below the belt. Memorize the deck. Read the FAQ. What's the line between playing to win and cheating? Is "playing dirty" even really a thing? Come for the degenerate strategies, stay for the soul-crushing revelations on winning.

Presented by GeekNights at PAX East 2017.

Oh good, now I won’t have to be salty for missing it.

Sometimes the video doesn’t turn out for various reasons. Or, we tweak the panel and do it again better before putting video out.

This time, it was pretty fine.

Rym, at some point I want to play your Voldo, see how it stacks up against my super cheap (awww yeah) Raph. I wonder If I can get a mobile gamecube setup and quick nab ya at the end of a panel.

Beware. My backup character is a cheap Raph. The overhead three-step is my main move in SC2.

Aha, but what do you do when they’re wise ti your overhand and either block or sidestep? [details=What you do is…]If they block you stab their feet and if they sidestep you finally use another button that isn’t square/y for a sidelong swipe.[/details]

My cheeky Kilik is has kept my undefeated streak going for quite some time. I too wish to see how it stacks with the rest of the forum.

Do I hear a forum Soul Caliber tournament? At the next convenient con? CTCon?

I will throw down so hard for a CTcon tourney. It’s second only toa Nidhogg tournament for things I’d work to make happen.

SC2 or possibly SC3 are the only ones I really like, TBH.

I always thought it was a shame SC2 never really got anything but that one sorta sequel. There was some weird game with Yoda in it eventually but that’s of course not Soul Caliber

Re: Hive, when I met you guys at PAX Aus your position was the Beetle move made the game solved. I guess since then you’ve encountered strategies against it. I’d be interested in hearing how your Hive strategy has changed over the years.

Come and enter my Hive.

The audio is very reverby. Content so far, 25 minutes in, seems very similar to “Play to Win”.

The only “good” audio we’ve had are when I have both the house audio and the direct mic feeds. That’s rarely an option even at PAX.

Was expecting more “dirty” and less “learn how to play optimally”, but still quite a good panel. Seconding Luke that the audio was really echo-y, but what can you do.

I would happily throw down and lose in some SC2/3, but I won’t be at CTcon. PAX?

I love “Play To Win The Game” stories. I just watched the three matches from the first day of the PUBG Invitationals (third person solo), and the overall winner was Evermore.

Match one and two he took a boat out to the spawn island and back, staying out of the action the entire time, taking meds until he died, but getting to the top ten both times. The second match he actually won, so he’s obviously got some skills, but his winning kill was only his second of the entire match. In fact he only got four kills in all three matches… but nobody killed him at all! Two deaths outside the circle, and one win.

He ran and hid his way to the number one spot! I love it!

Here is where he ended up in the last match:

Turns out he was once the top ranked Overwatch player in Korea. 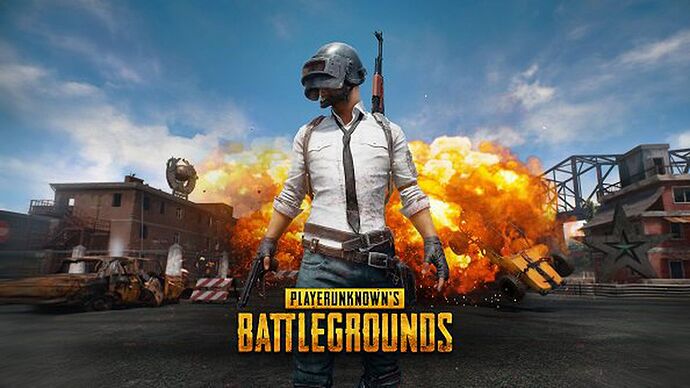 Evermore is a winner, winner!

Are we sure EVERMORE isn’t Rym in disguise?

I haven’t seen him.