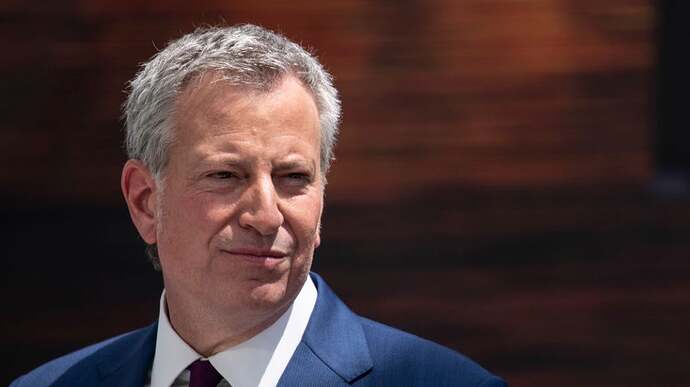 Former New York City Mayor Bill de Blasio is reportedly considering a run for the U.S. House, just one month after his term expired in the Big Apple. 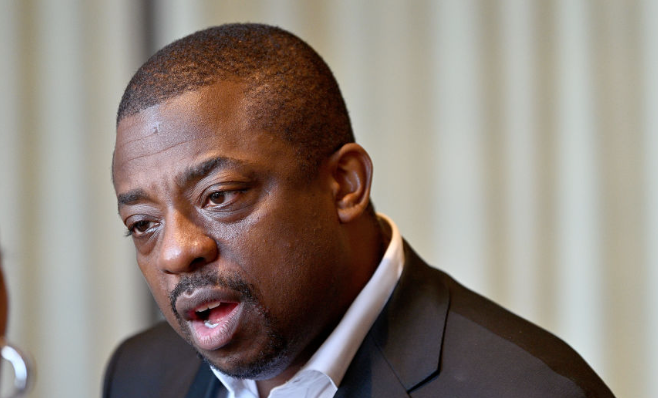 New York Lt. Gov. Brian Benjamin resigns after being charged with bribery and...

With every story, and it is quickly approaching every day, about NYC’s new Mayor it gets harder and harder to see New Yorkers as having any credibility on the topic of how Democrats are capable of governing. And I say that as someone firmly in the “there is only one real choice at the ballot box. Vote Blue” camp. How did this guy win the primary and become mayor of New York City? I mean, I followed the sequence of events as they happened, but how!? 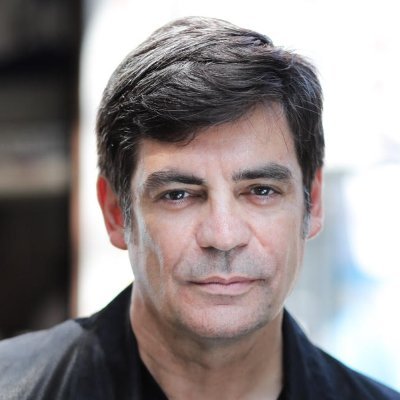 How did this guy win the primary and become mayor of New York City?

The primary was almost entirely on demographic lines. 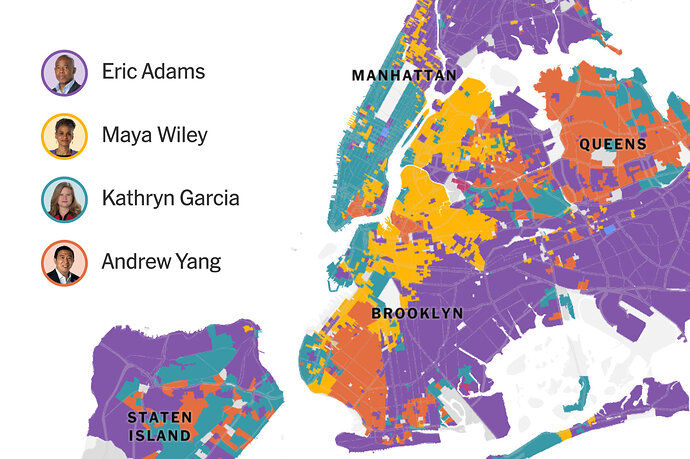 A big part of his popularity in those areas was the perceived rise in crime, and people in those communities asking for more police in their own neighborhoods. He won the Bronx overwhelmingly on a “I’ll put more cops on your streets” message.

New York City is not a monolith. Most people who aren’t activists, whether angry activist progressives believe it or not, who aren’t nakedly dangerous (e.g., Republican), tend to vote for stable-looking “moderate” politicians. Full stop. Everywhere.

If the Republican party weren’t so openly white supremacist / fascist, several of these demographics that currently vote Democrat would vote Republican. There are a lot of conservative ideas that fall by the wayside solely because of the extreme danger Republicans represent.

Remove the literal existential threat of Republicans, and the Democrats don’t go further left. They split in two.

Totally get the moderate winning out amongst a one-party dominant electoral environment. I can mostly understand the broad appeal of more policing (dumb, but I get that it happens). But I don’t understand how someone this dumb and possibly incompetent could make it through the political machine and the news cycles of the election process without being exposed and torn apart. Too much news focus on Andrew Yang?

But I don’t understand how someone this dumb and possibly incompetent could make it through the political machine and the news cycles of the election process without being exposed and torn apart.

It was exposed. They’re just relatively minor faux pas to most voters.

You realize most voters couldn’t care less if Adams is vegan or what he thinks about drugs. All they care about is broadly what he ran on, and if he’s appearing to move forward on that.

New York City is not a monolith. Most people who aren’t activists, whether angry activist progressives believe it or not, who aren’t nakedly dangerous (e.g., Republican), tend to vote for stable-looking “moderate” politicians. Full stop. Everywhere.

Also another thing to remember, not just in New York, but everywhere - Twitter, or any social media, is not a good representative sample. Thus Cuomo’s Law - Social media, particularly twitter, is almost always wrong.

Coined after twitter overwhelmingly believed that Cynthia Nixon was going to beat Cuomo in the governor’s race, to the point where anyone advocating caution or otherwise suggesting any doubt were heavily mocked, and would get to see a lot more pictures of a pig shitting on its own balls than they’re usually expecting on any given day. As you might expect given the rule, she went on to lose the primary by 30 points.

If the Republican party weren’t so openly white supremacist / fascist, several of these demographics that currently vote Democrat would vote Republican. There are a lot of conservative ideas that fall by the wayside solely because of the extreme danger Republicans represent.

Remove the literal existential threat of Republicans, and the Democrats don’t go further left. They split in two.

This is true nationally as well as in NYC. The reasons why Adams was elected mayor are pretty much exactly the same reasons why Joe Biden won the Democratic primaries, and why Bernie Sanders lost to Hillary Clinton in 2016. 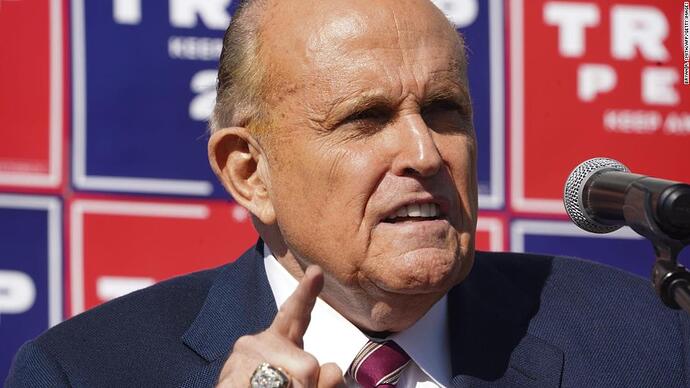 The attorney discipline arm of the DC Bar has brought a case against Rudy Giuliani for pushing unsubstantiated election fraud accusations in a Pennsylvania federal court on behalf of Donald Trump after the 2020 election. 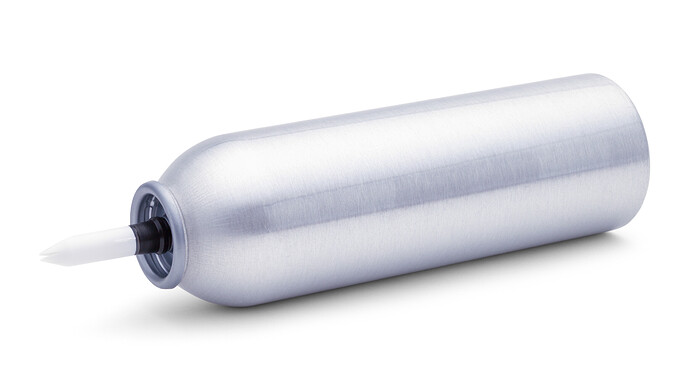 Despite a law being enacted last year, the enforcement lagged due to issues with tracking the legislation.

I’m gonna guess before reading anything that it’s the NO2 that’s used as a propellant. 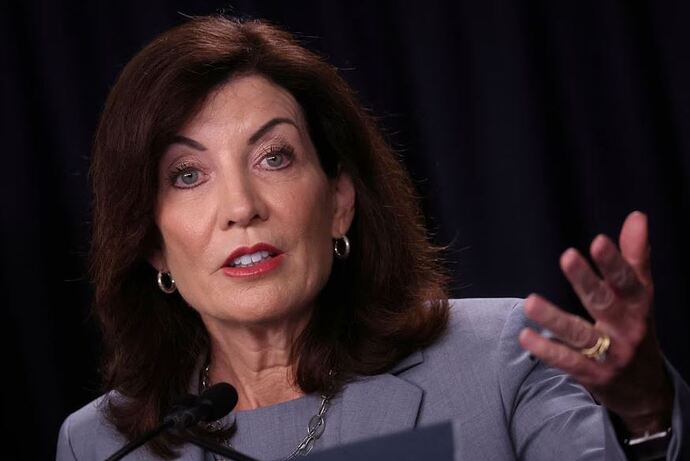 The democratic governor nominated this guy to be the top judge in all of New York State. The nominee is so conservative that some Republicans support the nominee, while most democrats do not. All the progressives are against him, and even a bunch of the non-progressives.

They voted today in the committee to not even allow the entire senate to have a confirmation vote. The governor is threatening to sue to try to force it to happen? I don’t know how that’s going to work. I’m sure some lawyers and political junkies are having a field day with this.

End of the day, just hope this guy doesn’t become the judge. Why is the governor so adamant about this? I don’t understand the mentality. I’m trying to put myself in the shoes of the governor, and I just don’t get it. Sure, I’d like to pick the furthest left judge available, but I need votes to do that. I’ll just pick the person furthest to the left that is still capable of being confirmed by the state senate, and call it a day.

Being so adamant and trying to force it through just creates cannon fodder for conspiracy theorists and the press. Is this worth taking heat for? Just move on and go back to governing.

Why is the governor so adamant about this?

She’s only governor by accident. She’s the first governor from upstate in over 100 years. She doesn’t have a strong base of party support outside of Western New York and the “machine” never really had any plans for her.

I get the impression that she is trying to expand her political support network to consolidate personal power and have a national-stage future. This judge was almost definitely a bone she was throwing to important (read “rich and fascist leaning”) political players outside of her current base.

She’s trying to ride that thin line of “I’m a Democrat, but I want a percentage of the fash to vote for me.” She wants a bad judge and some GOP votes for the bad judge on on her public record.

I bet she has a direct interest in that specific judge’s future. She nominated him basically instantly. It was one of her literal first actions as an elected governor. There’s a specific and deep tie.

Whatever that tie is, she’s banking her entire political career on it. She’s openly calling in favors and aggressively not backing down after the committee vote. She’s going to try to force that full floor vote on her shitty judicial pick. So far all indications are she’s willing to die on the hill of this nomination.

Worryingly, so is Hakeem Jeffries. He’s also weirdly insistent on supporting this specific judicial pick… Either he owes Hochul or this judge something. If you want to understand what’s going on here, look into the details of the judge himself. Why are specific Democrats pushing so hard for this specific judge right now?

She’s only governor by accident.

She just won an election. That’s no longer governor by accident.

She won a barely contested primary as the default candidate based almost entirely on name recognition. She barely won against a far right Republican in a blue state in the general.

She could never have won a primary had it not been for the sudden departure of the governor she served. She had no independent political future before he went down. The party is openly worried about her re-election chances already.

She was thrust into the spotlight solely by Cuomo’s ouster.

Decent article on the situation: 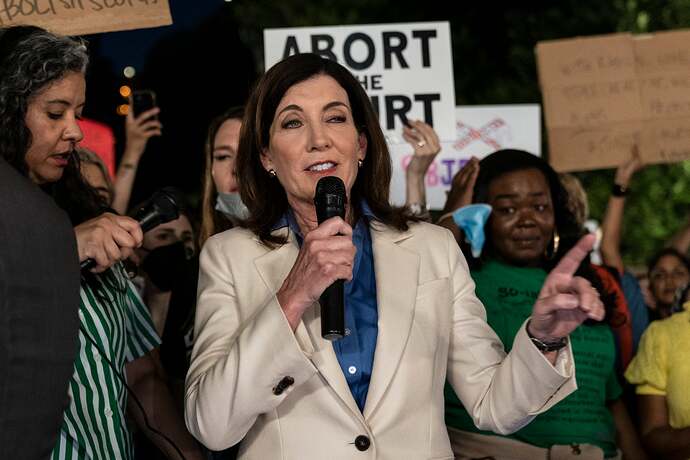 A key paragraph from the article you posted that could also partially explain her terrible judicial pick:

“It’s not the first time she has nominated someone for a consequential post that has called into question her commitment to due diligence. In August 2021, she named Brian Benjamin lieutenant governor, her second-in-command. He lasted not even nine months, resigning after federal prosecutors in Manhattan brought bribery charges against him. The New York Times later said Hochul had “a hasty vetting process.””

fwiw being a democrat in party but extremely conservative is like the most NY/California thing imaginable. It’s sorta what happens in blue strongholds. This isn’t super out of character for her or Jeffries. The why isn’t as important as is making sure it doesn’t happen.