So, NYS finally has a Democratic majority in the State Senate, but a single Democrat, Sen. Felder of Brooklyn’s 17th District, is continuing to caucus with the Republicans. If you are in his District, please call him, write him, protest him, and vote him out when he is up for reelection.

That holdout is state Sen. Simcha Felder (D), a political sphinx whose alliances have shifted several times during his career. In a statement Tuesday, even before the polls closed, Felder said he would continue to caucus with Republicans – providing them the 32nd vote necessary to control the chamber – for the remainder of the legislative session. [Until June] 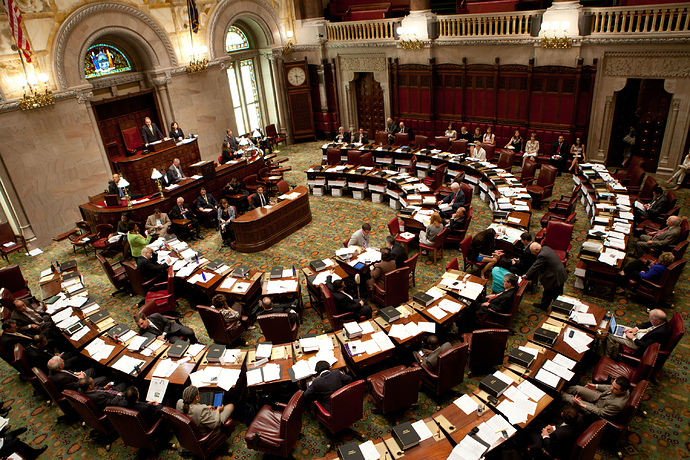 Democrats won special elections to fill two open state Senate seats in New York on Tuesday, giving the party a majority in the legislative chamber for

I smell a primary challenge.

So long as there are enough people to out-vote the Orthodox Jewish community in that area, then maybe.

Simcha Felder is not new, and there isn’t much that can be done about him. Here is his district.

As you can see by the numbers from 2012, it’s about 2/3 white people, the overwhelming majority of whom are Orthodox Jews.

You could try to primary him out. Maybe you can organize enough people there to put someone else on the Democratic ticket. But if the rabbis notice they will remind their congregation to vote in the primary, and then he wins again.

The main problem with Simcha, and his district, is that, perhaps obviously, he cares about issues pertaining to Orthodox Jews. Things that the rest of NY cares about like maybe gun control, healthcare, public transportation, housing, etc. Simcha really doesn’t care about these things so much. He’ll vote however is advantageous to him politically.

What he and his constituents care about above all else is the Yeshivas. For anyone who doesn’t know, Yeshivas are private schools where very observant Jews send their children. These schools are technically supposed to provide a secular education meeting certain state standards, just like every other private school. They do not. Boys in these schools study the Torah to the exclusion of almost all else. From what I’ve heard the girls in these schools actually receive a much better secular education than the boys, but I can’t imagine that it is terrific by any means. There have been many incidents over the years of blatant cheating on standardized tests in these schools. All elected officials are afraid to enforce the standards or have these schools shut down. The people going to these schools really do not want their children to learn actual science or history that contradicts their biblical study.

In order to get Simcha to join the Democrats would mean we would have to somehow compromise or concede to allow these schools to continue improperly educating their children. Right now they are breaking the rules on paper, but the rules aren’t being enforced enough or at all. If that’s the cost, I say better to let him go.

A better idea would be to concentrate on flipping some upstate actually Republican district in November in the general election. Then Simcha doesn’t matter anymore. In fact, if D’s have a majority without him, he probably caucuses with them. This also would allow us to un-gerrymander the districts in 2020, and that should keep things good in NY until 2030.

Thank you for taking the time to write a much longer, and more in-depth explanation than I was willing to do.

A better idea would be to concentrate on flipping some upstate actually Republican district in November in the general election. Then Simcha doesn’t matter anymore. In fact, if D’s have a majority without him, he probably caucuses with them. This also would allow us to un-gerrymander the districts in 2020, and that should keep things good in NY until 2030.

THIS is really what NY Democrats need to do to effectively make Simcha Felder powerless and unimportant.

Yeah, us Wetern/Northern/Capital Upstaters are working on ousting some conservatives. Until districts are de-gerrymandered it is an uphill battle, just like in the 17th District. Why not try in BOTH difficult to win areas?

Also, the “NYC keeps NYS blue” is a half-truth when it comes to State politics.

I don’t know if it’s possible to win in this particular district. It’s a neighborhood with gender-segregated private busses. We can’t even put bike lanes in it (they kept harassing bikers and painting over them until the city gave up). I’ve personally been shouted at and had people try to block me biking around there on a Saturday.

Redistricting could solve it.

That whole district reminds me of the whole Kiryas Joel hoopla from a couple years back (and ongoing).

This type of “gaming the system” and theocratic BS really pisses me off. 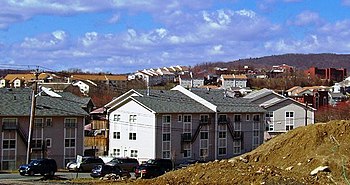 They come in threes. Spitzer, Weiner, Schneiderman. Three little piggies. Three peas in a pod. Three white NY state politicians. Two of them who were attorneys general. They all appeared to be relatively pretty good in terms of their political activities and stances. They just all fucked the fuck up in the sex department.

Dude could almost have been guaranteed to become governor. Seriously. Welp, at least that gives us a chance to get a not white and/or not dude in there. Assuming Cynthia Nixon doesn’t somehow miraculously win maybe we can get Andrea Stewart-Cousins next time.

Seriously, how do you fuck this up? Also, what is the law about getting a new attorney general? Special election? Appointed by the governor? Deputy moves up? This time can we get someone who fights corruption as hard, or even harder, than Schneiderman, but you know, doesn’t beat up women. Is that too much to ask?

Also, what is the law about getting a new attorney general? Special election? Appointed by the governor? Deputy moves up?

I’ve seen some tweets that Hillary Clinton should be the next NY AG. As a former lawyer herself, she at least passes the initial smell test for qualifications. It would also greatly piss off the Con-Man-in-Chief down in DC.

Apparently, the deputy AG will be the temporary AG until a new permanent one is appointed, however.

Uh, no. I mean, she’s not the worst candidate, but not the best. The NY AG, as of recently, has traditionally been someone who ruthlessly goes after “the man”. This is someone who is a constant thorn in the side of big corporations, especially in finance. I don’t think she is that person, and also just leave the poor woman alone already.

Since the temporary person will be decided by the full legislature, I’m sure we will get someone good. The Assembly is very progressive, and the Senate isn’t big enough to overcome them considering every rep gets one vote regardless of which half of the legislature they are from. Even then it’s only until November when we can vote for someone on our own.

All I can say is this. No more straight white dudes. Unless it’s me. That would be the best job ever. I’m not qualified though, so you probably don’t want to vote for me. Also I won’t be on the ballot. 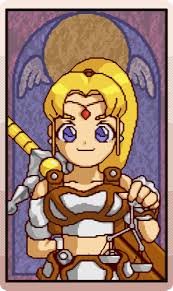 The fact that the AG position is now relatively wide open in NY should drive Democratic and Progressive turnout even higher in November, putting Republican lawmakers such as Faso and Stefanik at even greater risk of losing their seats. I mean, I doubt she’ll run, or even if she did I don’t think she’d win, but imagine the kind of turnout there would be if someone like Zephyr Teachout ran for AG.

So the acting AG is Barbara Underwood, the Solicitor General. She’s got some serious credentials.

She definitely does. She’s the perfect choice for Acting AG and would make a great AG. The question is whether she wants to run for AG in November. I would love for her to be NY AG.

Another person who I’d love to run for AG in November is Preet Bharara.

Another person who I’d love to run for AG in November is Preet Bharara.

I don’t think that will happen. While he seems like he would like to have the job, he also seems like someone who would never ever want to deal with campaigning.

You’re probably right, but think of all the ways he could screw with Trump if he was NY AG. That’s gotta be a huge incentive for him considering the way Trump fired him.

I honestly don’t know enough about Bharara’s personality to know if he’d run for office, but if he has any designs at all for political office, NY AG would be the perfect stepping stone for him.

I honestly don’t know enough about Bharara’s personality to know if he’d run for office, but if he has any designs at all for political office, NY AG would be the perfect stepping stone for him.

He has a podcast. You can learn all about his personality.

I know he has a podcast, I’ve even listened to it, but that doesn’t mean that I know the guy well enough to guess whether he wants to run for public office.

I feel like the person he is on the podcast is pretty close to who he is IRL. At least he’s closer than Scott on GeekNights.