Yep. 19 Litre, 320GSM canvas totes, full gussets, with a heat-set Screenprint. They’re pretty tough and sizeable - intentionally so, they had to be big enough to fit a lot of stuff, including stuff up to the size of art prints. A lot of artists are selling totes at conventions, but while they might have larger or more detailed prints(or are even entirely printed, most of them are smaller and nowhere near as durable, so we decided to make one that was big enough to hold a lot of AA purchases and durable enough to last many convention seasons.

So excited to start do a session Zero of my Burning Wheel Prince of Nothing game online today.

Project closer to completion, now have a self hosted jitsi server (think zoom that doesn’t suck), once step closer to online movie nights and self hosting hangouts. 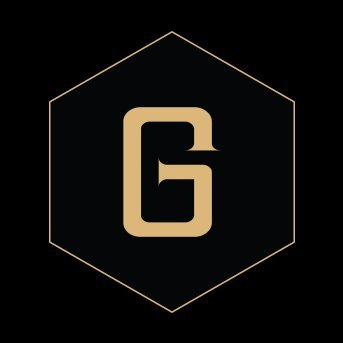 I sent out the 38th GeekNights Newsletter yesterday. You can subscribe and/or read through the public archives here: tinyletter.com/Apreche
Churba July 1, 2020, 5:36pm #73

After years of making pins in the manufacturing sense, finally got together with a friend and fellow professional, and made one(well, two) in the other sense. And it’s fucking badass. 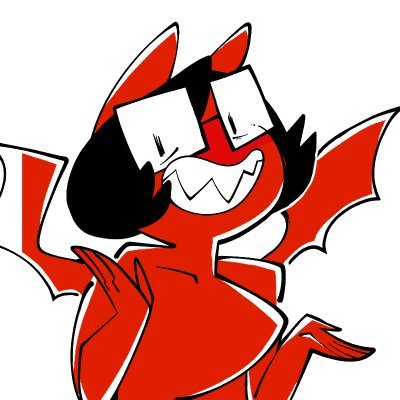 It's now July which means I'm dropping a new pin for my patrons today, collab with @churba. Glow-in-the-dark plating finish and this month's pin club design. Still some slots open to sign up here: patreon.com/thisishannako https://t.co/WYMtiFJ58B 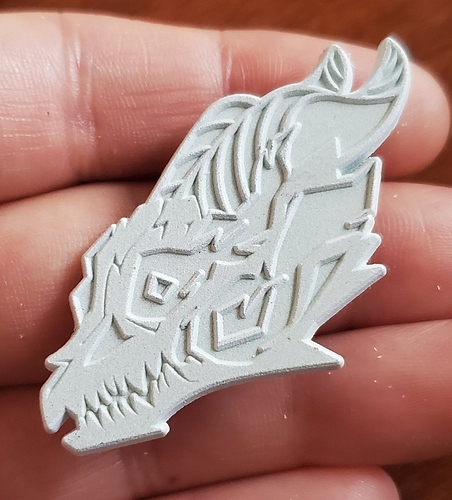 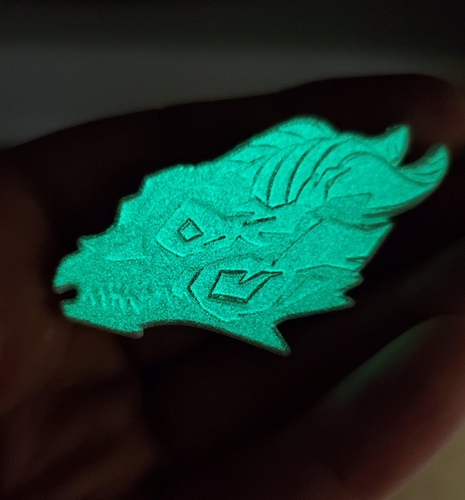 There's an alternate not-Sans Undertale version with normal plating and glow in the dark flames that patrons will be getting access to first as an add-on. https://t.co/pTvsv7wLeS 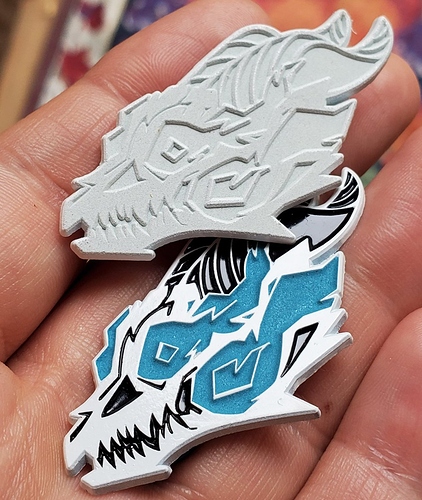 Edit: Also, just as a minor brag, because I’m proud of these things: 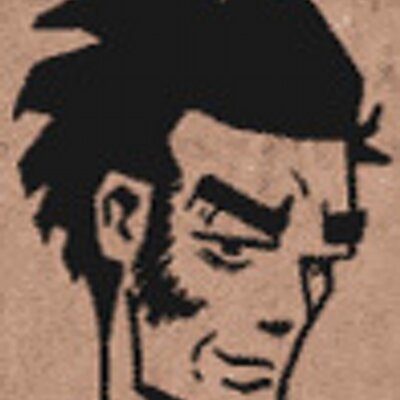 @thisishannako @FemmeFaeTali You know things are getting wild when your barrier is not manufacturing or logistics, but the laws of physics and fluid dynamics.
3 Likes
TheLateGatsby July 3, 2020, 3:51am #74

I have put out feelers for people to play a FATE Accelerated game online, promising to serve as gamemaster. I’ve struggled before, and there’s no time like the present to git gud.

Thanks to @Coldguy posting this:

I upgraded my GameBoy Advance exact the same way as the person in the video does. Here’s the lowdown.

The replacement amp and speaker were really the hard part soldering-wise. That took the majority of the time. If you just skip on that, the only soldering left is the brightness control for the screen, which is also optional. I of course, did everything, and did a really shitty job soldering. I don’t do it often, and am very out of practice, especially for surface mount. Even so, it’s extremely forgiving. Everything worked perfectly on the first try. Don’t be afraid to go for it if you want it.

Installing the screen is just a matter of attaching a ribbon cable. Super simple.

The hardest part after wiring up the amplifier was actually just getting the motherboard and buttons into the case and screwing it all shut. The L/R buttons are especially annoying. Make sure everything is installed perfectly and tightly because you need the pressure of the motherboard for the buttons to press against.

Once you take the protective cover off the screen, be very careful because cleaning it will be a pain in the ass. But also, be very careful with the back side of the plastic lens/shield. Once you seal it up you won’t want to open it again, and the only part you can clean is the front outside of the shield.

Lastly, the end result is as legit as what you see in the videos. The audio is way louder and clearer. If there’s a game that the GBA can play, it’s vastly preferable to play it on the upgraded GBA than on a DS Lite or other handheld.

Oooh I may have to do this myself. I have my original GBA and never upgraded to any of the backlit options at the time and now whenever I dust it off to replay Metroid fusion or zero mission or the first western release Fire Emblems I really feel the lack of a backlighting.

According to wikipedia, yes but I have zero exposure to that source material and aside from certain scenes and attitudes about class that I find in a lot of other anime as well (and doesn’t really equate in American experience in my opinion) it could be an adaption of Rocky (yakuza and mafia can be 1 for 1 in the fixed fight trope) or any other archetypal western boxing underdog story.

It looks quite nice in the video and if its even better than simple back-lighting all the more better, not trying to short sell the product just speaking from ignorance about the hardware.

I’ve been working on and talking about getting back to the gym for a while now.

A little over a week ago, Nuri and I signed up with a wicked convenient local gym, and we’re going regularly now.

New plan, new approach, different goals than I had in my 20’s. Results will take a while, but I’m already feeling more energetic than I have in a while.

So I guess this is more like “non-shit-talk of the last 2.5 years,” but around December 2017 I started a ketogenic diet as well as exercise.

This was me somewhere around my heaviest weight of 337 lbs. Waist size 48 - 50 depending on the pants, 3X shirt: 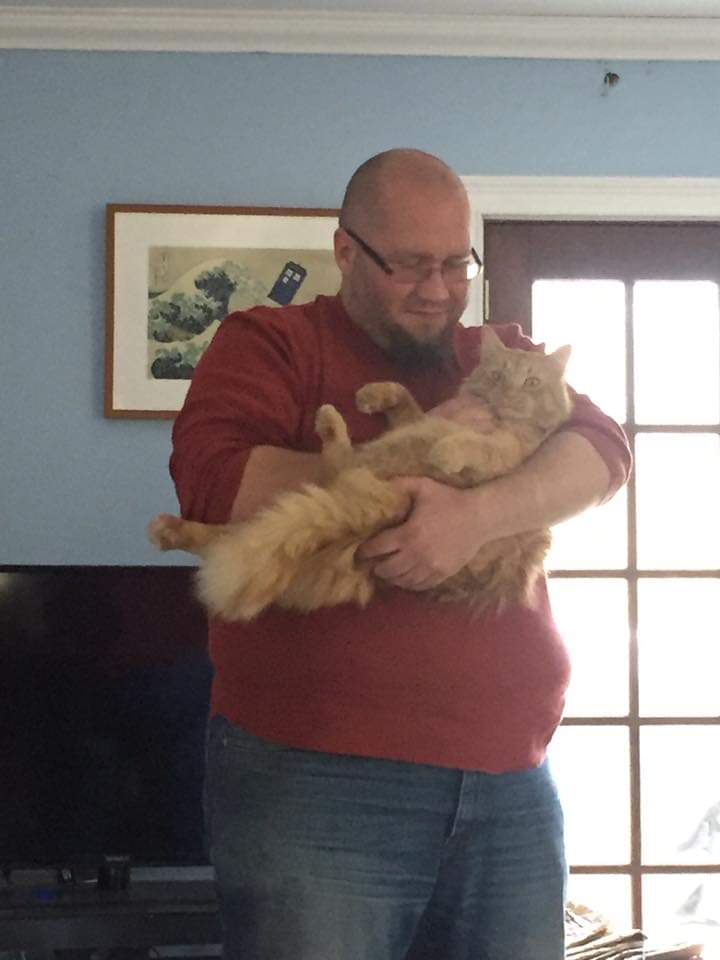 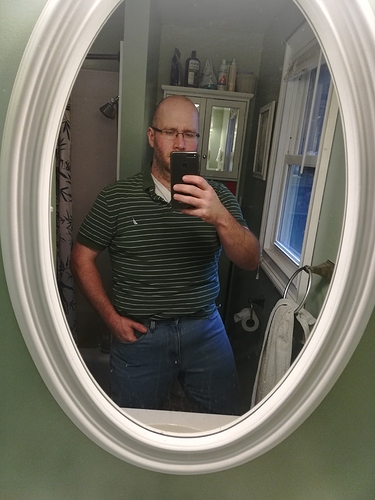 I have literally never met the man in this photo before. It’s wild.

EDIT: I have never put these two photos side by side before. Goddamn.

Slowly making sure the LBRY channel is mirroring Internet Archive

At the start of lockdown, I organised the footage of me juggling around the world and set up an editing and publishing workflow. The plan was to share a new clip every day on Instagram and Twitter, in chronological order, each from the first visit to a new country/territory since the start of the International Juggler project began.

Yesterday, 127 countries later, I finally caught up to the last new country I visited, which was Antigua last November.

So to mark the end of the marathon daily sharing program, we did a live stream showing all the clips on YouTube, while telling stories and answering questions from the chat.

It’s an hour and forty minutes long, so I don’t suggest you watch it unless really interested in juggling and videography. I just wanted to share a YEAR OF COMPLETING PROJECT COMPLETED ACHIEVEMENT in the forum.

It’s my science fiction horror comedy musical: Starship Terra Nova! It’ll never be performed on stage, so instead it’s going to be a movie. Or an animation. Or a video game? Who knows!

For now I’m releasing demo versions of the songs with accompanying videos. The plan is to release them regularly… maybe one every few weeks, depending on the complexity of the video.

In this first scene, Austin Wells shares news of the first interstellar colony ship, powered by the Dark Matter Conveyor Drive, and puts out a call for volunteers.

That is awesome and I enjoy the whole concept. Also, that’s the most ominous not-ominous terms and conditions disclaimer I’ve seen in a while.