Hello (again). I was a member of the old GeekNights forum a few years ago and wandered off for a while. Now I’m back! Back to yell about how Nazis are bad and how grapefruit and Dota 2 is good, actually.

I am a terrible dota player but I shall play with you, on steam it’s aspvip for the occasional single draft, if you’re in the mood.

Hello, I’m HR, from the Seattle area and have been listening to GN for several years. I’m kind of a podcast junkie as well as an anime and Asian film fan. I’m not very smart and I don’t know a lot about anything but I can write pretty well and I know when to shut the eff up and listen so people who know me think that I’m more intelligent than I am. Nerd

I’m Joe, a father of three working as a network specialist in NE Ohio. I’m probably on the higher end of the age range for a GN listener and I feel like I have been listening for many years now, it was one of the first few podcasts I started following regularly. I’m not a real die hard anime fan but I do enjoy watching some and listening in on the discussions. I really like the tech talk and I usually find the topics interesting and insightful. My interests, in no particular order, include Linux, Mac/PC hardware and software, board games, video games, soccer, biking, hiking, programming, movies, comics, and camping. I dabble in lots of things but haven’t really specialized in any. Two of my most enjoyable events in the past year was going to my first convention (dicetowercon) and bike-packing from Pittsburgh to D.C.

I’m an older-ish member from the old forums and just joined the new community site in prep for the newest book club book.

I’m thinking of buying a digital copy of all three of the books (so far). But I haven’t really started any digital book collection and would love to know others’ feelings and experiences?

I’m considering both kindle and nook though I feel very weary of vendor lock in and have little hope of a decent platform independent experience. I use Linux (openSUSE) and would love to know any warnings and advice.

Otherwise I’m a programmer in her mid-30s who lives in Colorado and loves Unity versus Unreal dev, design, and community. I graduated Uni in 2005 in Comp.Sci and enjoy mostly research and spend to much time rootimg through and with arix.org.

I’ve been listening to GN since the early days right after the theme music was added (old?). I have Dystonia - which ruled my 20s and only something I have began to get effective treatments for with my last year and so hope to enjoy getting much more actively geeky and maybe even make it to a conference sometime before my 40s. I love my Wii and PC gaming… and though I enjoy anime I know almost nothing about it. So uber nerd - rest geeky.

9 posts were merged into an existing topic: eBooks

I am currently going to a medical school for front, billing and coding and will be graduated by January of 2018 and hope to get a good enough job to support my fiance for when we get married in June, 2018.

I enjoy many fasets if geek culture, and am only limited by my knowledge and the time in which it would take to learn new things. The tops, at the top of my head, includes: Transformers, various anime that I got into but refuse to get into any new ones for fear of being a social outcast, unique board games that I can buy, video games, 40s television and radio shows, fighting games of which I am not esspecily good at but enjoy none the less, and many others think I’m sure I’d regret later for not remembering.

I’m glad to join this forum, and am looking forward to the times I will remember here.

I’m Duncan, born September 4th, 1988 and I’m from the St Louis area. I’m a freelance graphic designer as well as a game designer. I’m a stay at home Dad as well so my kids end up being my play-testers a lot. I have published graphic design and layout work for The St. Louis American and also do auditing and quality control for another local paper but only on Sundays.

I also travel to and sell games at cons,
I’m 1/3 designer of a published card game as well.
I owe that to Rym and Scott because while I got into the industry through my brother, Rym and Scott taught me how to design games through their videos and podcasts.

I never posted in the old forum so here is my first ever post, glad to be here and thanks geeknights! 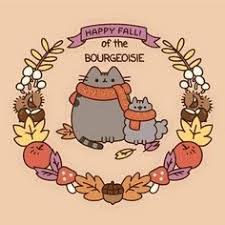 Well, if discussing politics is your thing, that’s possible here… If you are able to wade through it all.

It’s nice to have you here!

Welcome, comrade. You’ll find yourself in good - if very wordy - company here, though admittedly you’ll find more pragmatic sorts, rather than the type to build gallows for the bougies in the sky.

Good move avoiding politics here, though - you have to have a pretty well-armored hide to make it through that gauntlet without cracking.

Thanks for the warm welcome

Thanks Comrade. I mean if you all want to drag me by the arm I’m sure willing to get into it all sometime. Also my hides been tanned by many a solo mission spent spreading the good news of communism to the inhabitants of Ancapistan and ancap versus ancom debate groups.

Well, compared to that, I don’t doubt we as a group are less frustrating and infuriating to say the least. But despite being surrounded by like-minded people, it can get very contentious. But nobody’s going to drag you in, it’s something you’d have to jump into willingly - we’re decent enough about that, at least.

I’m Daniel Sundén, born 1984 north of the polar circle. I’m a UX Designer/Strategist by trade and an adventurer at heart. Recently found myself based in Baltimore MD.

I have a background in product design and computing science.

Been hanging out here idly for a few years but hope to get a bit more active again.

I’m Chris, born 1978 and live in Australia. My trade is construction/design and have been listening to geek nights on and off for the last few years.

I love a board game every now and then and love to win. Also keen on the internets and Lego.

Hi I was Greg but now I’m not, You can call me Lizzie to save a few characters or Elizabeth if you need that 15 character minimum.

Holy crap, I haven’t been here for like 2 years, and everything is different! I’m Omar, born in 82 in sunny Costa Rica. I’m part of the ATW9K cast (I think that’s a thing, not sure).

Bienvenidos! We are fresh out of platanos but I’m sure the community here could serve you up a nice plate of chingasos.