Tonight on GeekNights, we consider your friendly neighborhood Spider-Man in all his incarnations. In the news, check out Bingo Love if you haven't already, the Crunchyroll Expo is this weekend, and Nintendo made a big mistake with pokemonmastersex.

Ever since I remember watching the 60s old cartoon back in the 80s. Spider-man has always being part of my life. Brother was a huge Spider-man fan growing up. And now that he is a dad, my nephew is also a big Spider-man fan, and he is only three!

I remember last year my nephew was so excited to get s spider-man plushy, and Spider-man was called fluffy for the longest time. Then, my little nephew got introduced to Into the Spider-Verse, and hands down that is his favorite movie, he loves the song Sunflower and dances every time he listen to it.

In my opinion, there is just something magical about Spider-Man that makes his a lot more approachable than any other super hero. Believe me, my brother tried to get my little nephew into Batman or Superman, but he just wanted more Spider-Man.

Our next step is for him to share his toys with just little little brother when they can play with the same toys. I have become that uncle that buys the cool toys, I always take the small pieces or hide as soon as the present is open to prevent any accidents. My sister in law was not a fan of his Green Goblin.

I already got him Kingping for his xmas present: 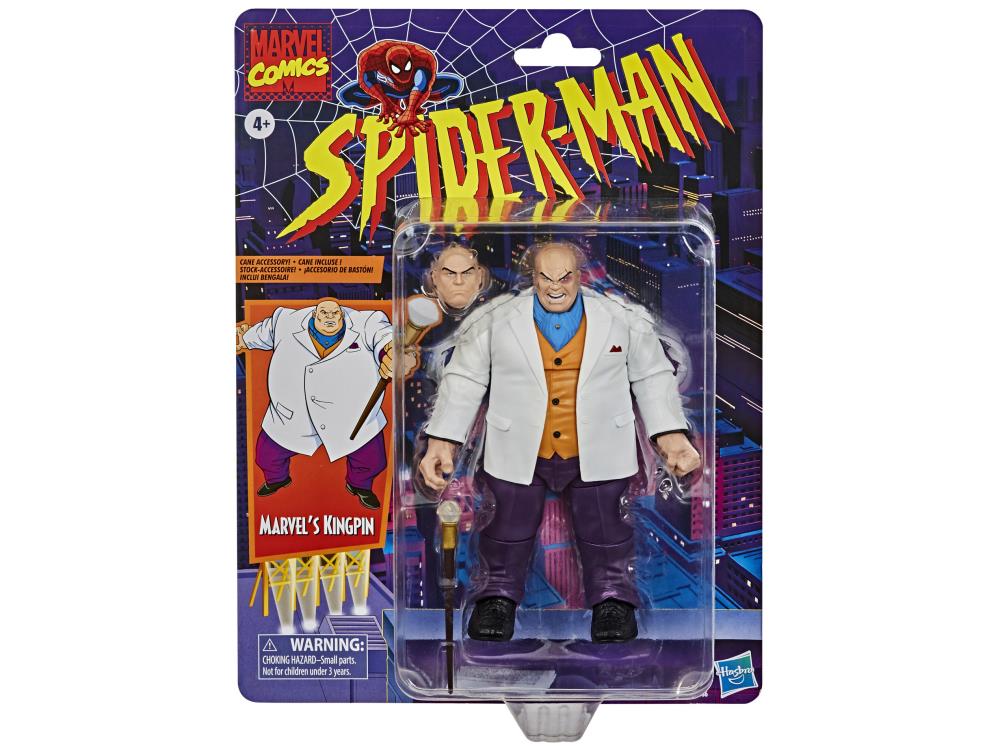 Among my many weird projects right now have been an ongoing series of Marvel AU fanfiction that is Spider-Mans, except the spider bites a young Olivia Octavius (like in Spider-Verse) and gives her power over technology. Also it’s set in a dystopian-yet-hopeful cyberpunky 2029, explores disability, queerness, and plural expression, and recasts the Avengers as antagonists, though not always villains. I’m sorta super proud of it.

So there is a great Spider-man podcast it’s called “the Amazing Spider-talk” They are stepping thru the entire publishing history of Amazing spider-man while taking some shortcuts into other Spider-man related stuff.

As for stories, just to name a few…

I think Rym would enjoy “the Superior Foes of Spider-man” and related works, it’s pretty much a focus on the “loser” spider-man villains and it’s unfortunately short but also great heist comic

Superior Spider-man run by Dan Slot, where Doc. Oct takes over spider-man and attempts to be a a SUPERIOR Spider-man. is a lot of fun. Also the run that inspired into the spider-verse is a fun set of comics but a bit of a mess.

If your looking for some retelling of old tales in a new reader friendly way (and more for kids), The 18 issue series “spidey” is great. I have a full size copy of the first GN of this it’s well done all around.

The Spider-woman series done in the last few years are great, they deal with Jessica Drew trying to be a Super-hero and a mother.

A great stand alone mini-series was Spider-man Life story, each issue is a decade in Spider-man’s life and everyone ages about 10 years each issue.

Finally When Spider-man Joins the New Avengers in Bendis’s run in the 00’s and it deals with all sorts of fun issues with his secret identity and the lead up to the Civil war. It’s really fun to have Spider-man play off the Luke Cage, iron Fist and Wolverine team of Avengers.

I think Rym has it wrong though on the villains, the “loser” sorta strange villains that Spider-man has are all really great… I mean a villain named “Shocker” or the Gibbon, you can’t beat that.