Tonight on GeekNights, we review the phenomenal Odd Taxi anime. It's a psychological thriller and it's one of the best shows in recent memory. We're talking must-watch anime. in the news, the X-Men are X-Men again, MAPPA shows off the upcoming Chainsaw Man anime, MAPPA pays poverty wages for animation, SGDQ 2021 is underway, Godzilla Singular Point is OK, and The Owl House season 2 keeps on truckin'.

Also Scott offers second dibs on a Dell Ultrasharp U2410.

After watching this I am sure that Rym hasn’t seen Yano yet, because Rym would be all about Yano.

Also, this show would definitely not work as live action. I will let you discover why for yourself.

I LOVE the Owl House.

Excited to get back on that!

I’ve seen the whole show and see no reason it couldn’t be live action.

MAJOR SPOILER WARNING FOR THE UNAWARE

The monitor has been SOLD.

Rapping Porcupine is very good. Character, not a person.

The resolution of the show was… satisfying enough. Normally [the thing that ended up happening] is such a groaner, but I feel like it worked alright in this case.

The character is voiced by Japanese rapper who calls himself METEOR. The artwork for his album “Diamond” also shows up a couple of times in the show and related items, such as one of the commercial eyecatches.

Here’s one of the songs from that album. 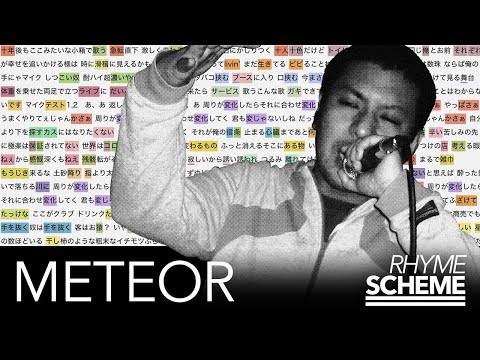 So we just watched this and goddamn. Goddamn.

I found the storytelling structure to be particularly novel, and the way they did it really drove home the sort of isolated, monotonous life the protagonist lead. Each passenger is kind of their own vignette, and then each episode also builds the connections between these stories. There is a whole world turning around the main character, and he is unaware of it for a good while because he just gets one piece at a time.

It’s such a brilliant vehicle (literally) for unfolding this type of story. This is honestly some of the best storytelling I’ve seen in a long long time, in any medium.

Nuri called the big twist in episode 2. I was a little skeptical then, but they definitely hint at it early on and then make it much more obvious as it progresses.

When I talked about Great Pretender, I talked about how it showed flawed characters rooted in ugly realities whose damage would bubble up in moments of raw humanity, and this show did that with even more direct impact. The characters have deep, deep emotional pain, a sort of brutal truth of getting older than I have rarely seen in anything. So often we’re quick to talk about the physical pain of getting to middle age, but this show really hits on the collection of emotional wounds that you become as you age. That’s a substantially more uncomfortable topic, and I think the show navigates that expertly.

It occurs to me that a lot of anime is more or less YA, and this is one of a handful of anime that I would call truly adult. Not seinen tits-and-violence “adult,” but the real stuff, the hard stuff that we deal with and endure.

Easily one of the best shows I’ve seen in a long time.