For anyone interested, stickers/pasteups for the 3rd printing balance adjustments, directly from Leder: https://drive.google.com/open?id=1ErlgQGIQm_T4DFkDKJKiCkuyymZF6hpY

Digital version for me thx.

Waiting on that KS.

Same. Having to set up 13 or 14 copies at Unplugged convinced me on that one.

I’ll back the 3rd printing and try to introduce it to my local friends. It’s going to be a rough sell, but such is life.

Same. Having to set up 13 or 14 copies at Unplugged convinced me on that one.

Did you at least get to leave the pieces off the board? The Marquise is supposed to see her starting hand before selecting a clearing for the keep, which also affects the setup for the Eyrie and the Vagabond.

Oh, I won as cats yesterday. It was 5 player. Mostly was able to get away with it because the vagabond completely devastated green leaving me to spend my actions doing other things. I had an overflow of too many cards in my hand that would have otherwise been destined to become alliance supporters.

Also I learned form many mistakes in my first cat failure. I think I can play cats very well now, but they aren’t as fun as vagabond or otters.

Before the next time I play I am going to read all the lizard rules and try to kick ass since everyone says they are weak.

Lizards with the balance updates are pretty rad. They’re also better if they have access to the otters.

Nope; it was a pre-set-up Learn To PLay scenario, so I had to put every single piece down.

Lizards and Otters a best friends, it sounds painful to play one without the other

The Lizards are a good example of why you shouldn’t balance board games like video games, and why adding an expansion to an unreleased game isn’t a great idea. Leder Games was super cool to put out public playtests: I was introduced to Root with PnP version a friend made. But the Lizards at release were hard to play around, and their Acolyte mechanic made people hesitate to attack them. Leder got innundated with folks talking about how the Lizards were unbalanced, and in the PnP I wound up agonizing over when and how hard to attack them.

So Leder games nerfed them right before release, and they wound up getting nerfed hard, because board games don’t let you tweak values small enough to trick people into thinking the game’s become more balanced. So now we’re literally patching up our games to bring them back to the point they were at during the PnP. This amount of designer and publisher support is absolutely commendable, but if they had stuck to their guns they could’ve waited for the metagame to shift and for people to learn how to play against them.

So the Underworld Expansion’s been out for a bit. There’s still a lot to explore in the base game, but the new deck of cards is tempting… 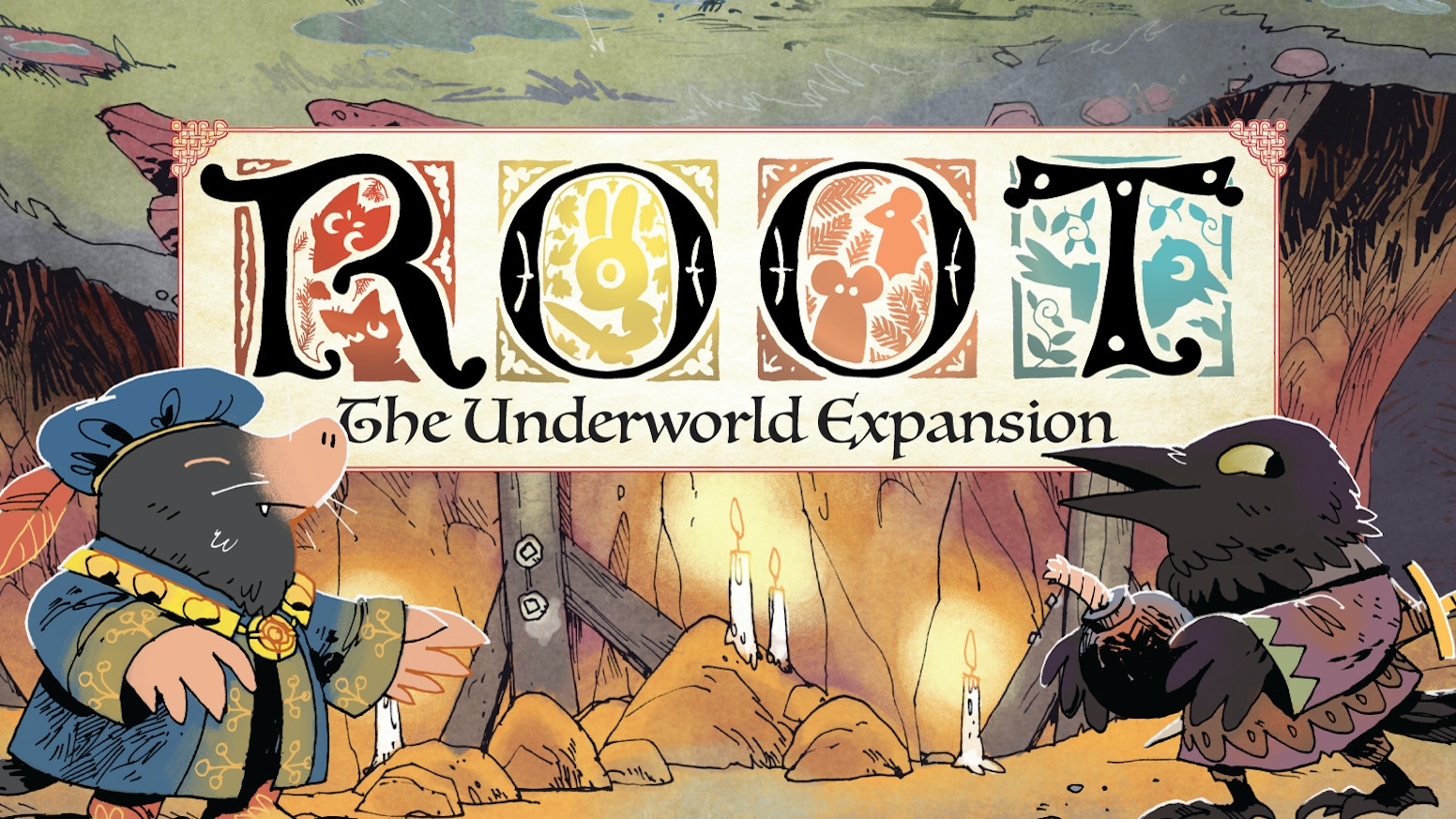 Return to the world of Root with new factions, maps, and an alternative game deck!

Time to start using the winter board for my regular games so I don’t have to feel weird about jumping straight into the lake/mountain boards.

Yeah, I want to play with some randomization of clearing types now.

Return to the world of Root with new factions, maps, and an alternative game deck!

Some major revisions to the Crows: Now their “plots” are physical objects on the board, and they don’t clog up other players hands.

Dan made my Root scenario randomizer look better, and I updated it to incorporate the Reach concept introduced here (it used to shuffle the scenarios from the LtP books): https://twitter.com/colewehrle/status/1129107727756779520

When I have a spare minute I’ll have to update this so you can toggle expansions, and add a help menu.

There doesn’t seem to be much guidance on map selection.