Tonight on GeekNights, consider the rising star of the "Roll & Write" genre of tabletop games.

In the news, Rym is trying to play Overwatch comp solo, Blizzcon brought a bunch of news, salty babies are so furious a game was made that isn't directly targeted at them personally that they tanked Blizzard's stock (despite this being ridiculous), Riot Games is being sued for widespread systematic gender discrimination, and we'll be live at PAX Unplugged!

It turned out that there’s a bit more to the salty Diablo babies. Apparently there were strong rumors going around that Diablo 4 was going to be announced. They structured the presentation such that they were building up to a big announcement and instead of announcing Diablo 4 they pulled out a mobage that was farmed out to a Chinese developer already known for making mobile Diablo ripoffs with gacha shit in. I think a lot of the anger is from the fact that Blizzard, almost certainly at Activision’s demand, rolled out a casual phone game during the yearly party for the hard core of hard core fans. Basically Blizzard, really Activision, fucked up and severely misjudged their timing. Doesn’t excuse people being shitheads about it, but there’s a bit more nuance to it than people just being salty it’s a game not for them.

Scrym has gone on record numerous times about how they don’t like Diablo or pretty much the entire ARPG genre as a whole. Don’t expect nuance from them on something they don’t like.

Yes, I don’t like this game that I have played and beaten all three of.

Yet every time you talk about it, you and Rym disparage it.

Because it’s complete trash. Why can’t you seem to understand that liking or not liking something is 100% completely separate and unrelated to judging the quality and worth of a thing?

Why can’t you understand that you just made my point for me.

If you like something, it has worth, regardless of its quality.

But I’m not going to get into this with you again. Enjoy your world where no one has an opinion that could be different from yours. I’ll be over here in reality.

If you like something, it has worth, regardless of its quality.

This is not true. There could be a human being out there who likes rolling around in piles of literal shit. Does that mean piles of shit are good? Smell good? That that is a good thing to do?

NO. A human liking something does not mean anything with regards to the intrinsic value of a thing.

Thoughts on the Diablo Immortal announcement/fiasco? Gamers are some of the most conservative and recalcitrant people I’ve ever come across. Blizzard is a AAA developer of the highest caliber, a...

Apparently there were strong rumors going around that Diablo 4 was going to be announced.

I have zero sympathy for someone to invests in a rumor like that. I mean, Half Life 3 is being announced at PAX East, and you don’t see me making a big deal about it.

The response to that was ridiculous. It was a minor PR mistake at worst.

Doesn’t excuse people being shitheads about it, but there’s a bit more nuance to it than people just being salty it’s a game not for them.

What they should be reacting to is how likely garbage this mobage is going to be. Diablo IV is probably coming, and this doesn’t affect that. They’re going to get everything they want from a “real” Diablo game, and literally nothing has changed on that front. They’re literally freaking out that someone announced a different game that doesn’t affect what they want in any capacity.

Diablo games are the kinds of games I can only enjoy if I have literally nothing better to be doing. This is why I was so invested in them before I had a job. They’re fun, but I can definitely have more fun playing a game that isn’t a grind feedback loop.

It was a minor PR mistake at worst.

This I disagree with.

Recall when Team Fortress 2 came out. I was literally the most hype for that game of any game I’ve ever been hype for in my life. I was deeply invested to the point that I considered taking the day it dropped off work.

When it finally came out, it was… suffice it to say… deeply disappointing.

My reaction was to low-key make fun of it, play it a while to be sure, get what I could out of it, and then just stop playing it. And this was the equivalent of Blizzard dropping the real Diablo IV this week and it being the terrible mobage.

So it is very hard for me to be sympathetic to people who are extremely mad about a press release that doesn’t actually affect them or the game they care about.

The stock is already recovering. Everyone who knows better is confident in the success of the mobage even if it’s terrible.

More to the point, literally no one who’s mad about this will now refuse to buy Diablo IV. There is zero impact to the brand, the bottom line, etc… This rage will dissipate into the ether within a month and have no impact on anything. The mobage will make money outside of the US as planned.

You keep ignoring the fact that these people paid significant amounts of money to be there. And additionally, these are die-hard PC gamers. They didn’t come for a mobile game announcement.

"There is a reason there is a Blizzcon, and not an EACon or an Ubicon. There are only a handful of corporate entities in gaming that represent something that gamers support and idealize the way they do Blizzard. It’s really only Blizzard, [maybe] Rockstar and Nintendo that inspire these kind of fandoms among big corporate entities.

Blizzard inspires that fandom because everything Blizzard releases has been great. And if it isn’t great, they don’t release it. They have cancelled games like Warcraft: Lord of the Clans and Starcraft: Ghost that have been announced, have been shown to fans and appeared to be very deep in development, because they didn’t meet Blizzard’s extremely high standards.

Most other studios would have pushed those games out the door to recoup losses, but Blizzard killed them and ate the development costs, because they valued their reputation and fans’ trust more than they valued the short-term benefits of releasing mediocre games. These are the values that Blizzard has staked its reputation on, and this is why thousands of fans will travel from around the world to attend Blizzcon.

And frankly, it takes a massive screwup, a colossal disappointment for the fans at Blizzcon to turn hostile to Blizzard. But this will do it. Blizzard is partnering with a maker of mobile Diablo knockoffs to make a branded mobile Diablo knockoffs. And the result is mediocre. So Blizzard is now prepared to slap its labels on mediocrity, which signifies they’re taking the kind of short-term cash-in that they never would have gone for in the past, and they’re abandoning the values that inspired the kind of loyalty they’ve enjoyed. In short, Blizzard has finally been subsumed by Activision. And none of the people in that audience would have showed up for ActivisionCon.

Fans objected to this in the room where it was announced, they’re objecting by disliking the YouTube trailer, and they’ll object by not buying this game. And they’re right to object…

These fans are upset because a company which has commanded loyalty by maintaining an extraordinary commitment to quality is releasing a piece of shit mobile game for a quick cash-in. Nobody objects to Blizzard expanding its tent; Diablo 3 is extremely friendly to newcomers and easy to pick up, and so are Hearthstone or Overwatch. The problem is that Blizzard is slapping its name on third party garbage, and it’s a betrayal of everything they used to stand for and an abandonment of everything fans have been loyal to." 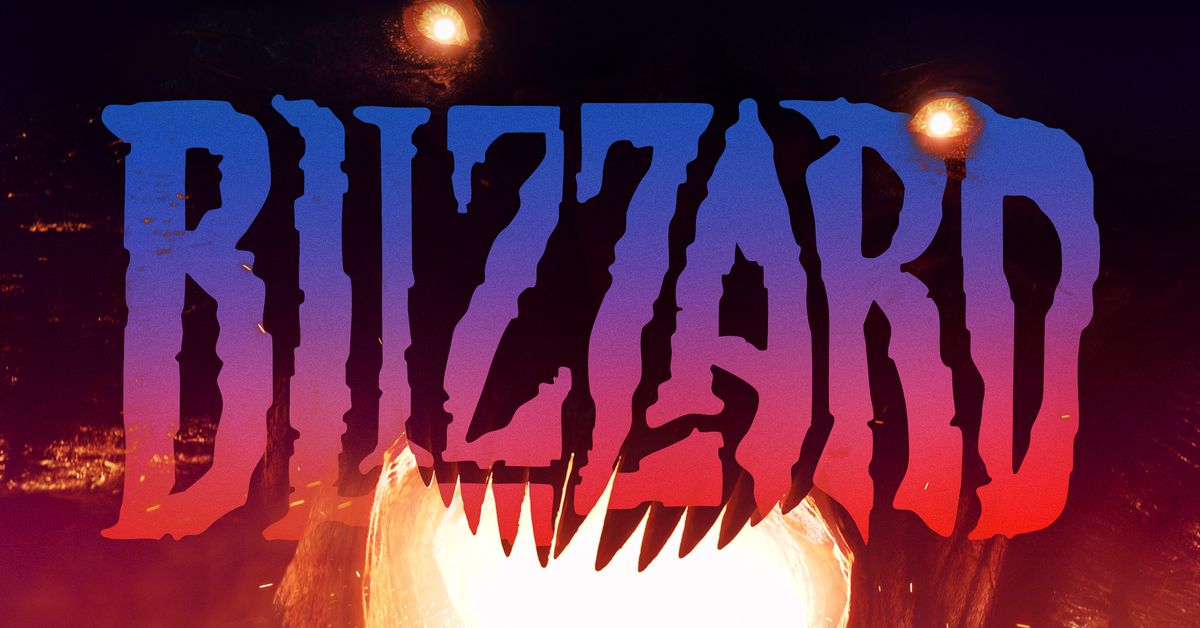 Diablo: Immortal broke the unspoken rules of Blizzard, and BlizzCon

The Diablo: Immortal controversy is the result of a company breaking its own social contract with fans

Blizzard touted this year as “a good year to be a diablo fan” on their website and gave the Diablo brand the first talk right behind the opening. People thought there would be a remaster Diablo 2 or a new class for 3 (druid). That’s all. No one was asking for a full game, most people knew better. But a watered down, imprecise phone game that has thousands of clones on phones already…? The worst sort of blindsiding.

This whole thing is a PR nightmare and an obvious “whoopsie” for Blizzard. It’s not the end of the world and I’m sure they’ll learn from it no problem. They woefully misunderstood their audience and what people expect from a Blizzcon and I don’t think they’ll make this mistake again. 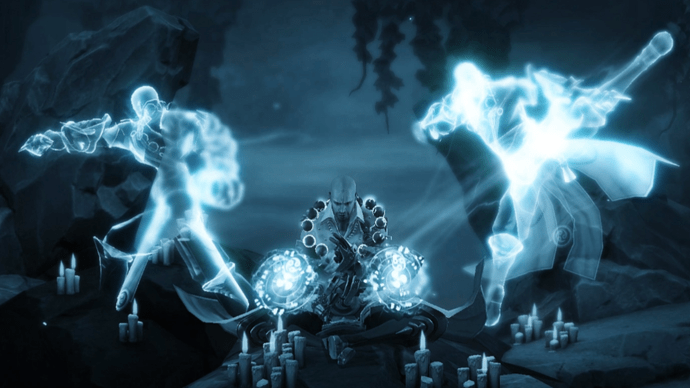 When Blizzard’s sole Diablo announcement at this year’s BlizzCon turned out to be a game for phones, it set off a firestorm of angry reactions from fans who had hoped for a new Diablo on PC. But what about Diablo 4?

" However, two people familiar with Blizzard’s plans confirmed that the company had indeed recorded a video in which co-founder Allen Adham spoke to fans about a new Diablo project. What’s in dispute here is the timing. We had originally reported that it was planned for BlizzCon, but it’s possible that those plans were simply discussed and never solidified. (Either way, the video never came out.) We can confirm that Diablo 4 is indeed in development. One of those sources told me that the Diablo team wasn’t yet ready to commit to an announcement, as Diablo 4 has changed drastically over the past four years and may continue to change further. (We’ve heard it’s gone through at least two different iterations under different directors.)"

I disagree with none of what you just said. I only disagree that this was a minor PR mistake at worst. Their little dip seems to agree with me. This shouldn’t have been a main stage blizzcon announcement.

Their little dip seems to agree with me.

The dip that’s already recovering, that was caused most likely by simplistic social media sentiment algos, and that is being 100% ignored by hedge funds and serious investors?

Hey, if you’re 100% confident I invite you to put your checking account’s worth of $ into ATVI and pocket the 6% or whatever in a few days.

Did you listen to the show?

I already did just that. I bought several hundred shares immediately after it dipped.