Tonight on GeekNights, we review the lovely little two player asymmetric Raptor. It's clever. In the news, Zelda: Breath of the Wild will have DLC, PewDiePie is as bad as you assumed he was, and Rym is obsessed with Overwatch's CTF arcade mode.

Keep an eye on Rym's Youtube and Scott's Youtube, and support GeekNights on Patreon! See us live at PAX East with Play (Dirty) to Win!

I was hoping for Call of the Shadows.

If you want to throw a copy of dune my way

And Not Call of the Shadows are the first words out of Rym’s mouth.

FYI - The links to your respective Youtube channels are not working for me.

Nintendo has definitely done dlc before.

Fixed. Copypasta left the “https://” off. I’d updated the site post, but I forgot to update the forum post.

As far as YouTube people being garbage, I’ve found that the general group of people around the GameGrumps are generally pretty good people, they are also pretty good about separating themselves from garbage people they used to be friends with, see JonTron and Pewds

Now you too can play Raptor: Call of the Shadows on your phone

More thoughts on PewDiePie and his danger. 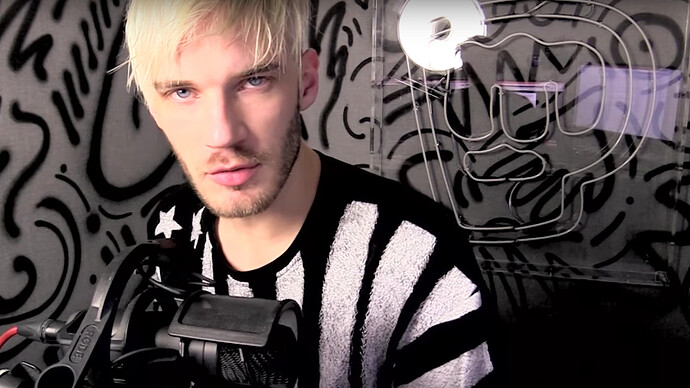 PewDiePie versus the media: Why he’s so mad to be losing the fight

I still laugh about their first foray (as far as I recall?) - New Super Mario Bros 2 on 3DS. It was like, what… $5 for 2 Mario levels? And that was the worst of the modern Mario games to begin with.

I think there were DLC levels in Pikmin 3 as well. Shitload of DLC in Smash, and don’t even get me started on Hyrule Warriors (although in fairness that was really not a first party title).

The article says there was some for Tri-Force Heroes too.

What a coincidence, I picked Raptor up just yesterday morning! I bought it based solely on the words “two player” and “dinosaurs,” so I’m really glad it is also a good game.

Regarding shitty people on youtube, I find the Super Best Friends, while sometimes (okay usually) quite crass in their jokes they are pointedly not racist or otherwise bigoted.

Same. I played the shit out of the freeware version as a kid off of some Apogee freeware CD-ROM.

You guys are way out of date on Nintendo. Not only have they released several games with DLC, but they have pretty big price drops through the Nintendo Selects program. Games get re-released at $20, and since they’re a new release Prime members get them for $16.

Nintendo Selects are way late to the party. I’m talking about how most big PC games have a GOTY-like edition within a year or two. Not a 2006 game re-released in a limited market in 2011.

I didn’t even think about Mario Kart DLC because it was so, so damn good. Worth every penny.

I’ve been waiting on that third DLC pack forever, but I guess they cut their losses and put it into the Switch edition. I will pay them the moneys for that DLC on Wii U