Tonight on GeekNights, we consider the fundamental divide between the 90% of players who just want to play games, and the 10% who want to win games, in light of Fortnite dropping competitive play. In the news, apparently a lot of people don't know the rules to Uno, the Kentucky Derby had some disqualification drama, Scrabble's meta has been radically changed, and Beat Saber is pretty fun. 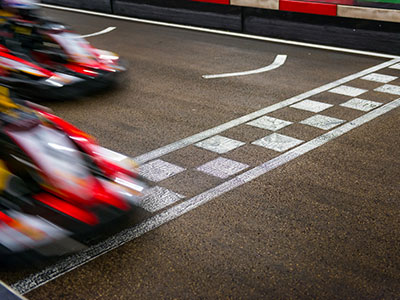 Trade Secrets in the Fast Lane – Formula One and the Importance of Trade...

“For a competition to be friendly, it should be scrupulously fair.” The Formula One world was recently jolted by allegations that a former Mercedes-Benz AM

One possible source of the secret steering wheel button could be tuners/controls for their bespoke engines.

I like the direction this panel idea is going.

It’s clear that Epic don’t care about pro players, because the $$$ is with the casuals.

However, I disagree with Scott that people watch pro sports but are happy to play baby versions, and that relates to esports. It doesn’t work that way. For children or non-pro players of normal sports, it’s generally not possible to take part in the pro level sports, so baby version is all you get. Without the right skills and equipment it can range from being not fun to physically dangerous.

But with esports, the games the pros are playing are generally super available and accessible. You just buy the game or console or whatever, and you can get the same experience as the games pro players.

This means that you really do want to watch pro competition or streamers who play the same game and style as you do! In PUBG there is FPP and TPP gamers, and there’s very little crossover. There’s also not much crossover between people who play TPP but like watching FPP, as the game modes are fundamentally different.

This is something I have struggled with throughout my life playing games. I am okay to good, but not great at most games, and while I do try to win, I get really frustrated when I encounter the really skilled @SkeleRym style PLAY TO FUCKING WIN killers. Not because I am upset they are really good or competitive, but as Scott said even if you’re trying to win its not fun to just get curbstomped and basically not allowed to play. Thinking on it now Rym’s assertion that companies need to lean into one demographic or the other seems to play out. When I quit the hardcore play of PUBG for the much more casual and less E-Sportsy Apex Legends, I didn’t feel like I was getting stomped as badly, and even doing fairly well because the game is balanced so differently.

I still want to address the larger issue of most communities drawing borders in all the wrong places. A great deal of localized social conflict could be avoided if people recognized the true borders of shared common interest rather than manufactured ones. Liking the same object is not what brings people together. It is the reasons that people like whatever it is they like that is the source of common bond. The person who cycles for athletic reasons has almost nothing in common with me who rides for fun/exploring reasons. The communities are organized around the object “bicycles” and conflict often emerges. That’s the same exact conflict we see between the 90% and 10% of Fortnite players, it’s simply more visible in the gaming space because the nature of gaming makes the conflict much more intense.

This issue also goes into our panel on “losing should be fun.” Unless a game seeks to be purely competitive and hardcore in nature, (something like Go maybe), it should be fun even if you lose. This means that two game design rules must be followed.

I thought the way Nintendo handled this in Smash for Wii U was interesting. They didn’t abstract it at all. 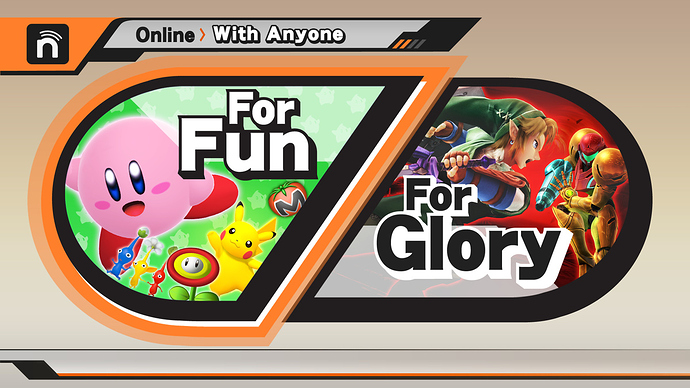 Aha! You hit the nail on the head on the second point with Apex Legends. There are -lots- of meaningful actions to be taken by your team at any point up until your whole team is dead. You can pick up knocked down team mates and get them back in. You can revive dead team mates by carrying their banner to a respawn zone. I pulled our team back from the brink of death by grabbing both dead team mates banners and running my ass off to a drop zone and we managed to gear back up enough to get down to top three. You always have options even against the killers.

While there are people who can’t physically join a particular group due to restrictions like access to equipment, money, etc. I’m mostly talking about people who share the same mindset, regardless of what actual activity they personally undertake.

For example, I can’t actually play fighting games competitively because I suck and have slow old hands. Yet, I share the same mindset as the pro players, that it is a game where you play to win. I have more in common with them, community-wise, than with people of my own skill level who just play for fun.

If I play a board game against master players who completely destroy me, nobody will be upset because we all had the same mentality of playing to win. I just got stomped, and that’s how it’s supposed to go. If I play a board game with people who don’t play to win, there will likely be some outrage even if I end up losing because my style of play will be socially unacceptable to those other players.

my style of play will be socially unacceptable

Social acceptability is another big aspect of this issue, in that often those who play to win are also assholes about it, rubbing it in people’s faces when they are winning. I think people begin to see skill and drive to win = asshole. And they’re kind of right in many instances, which is not a new thing. The stereotype of the asshole star quarterback has existed for decades for a reason. I’ll bring up Apex again because they did a lot to allow players to filter out direct verbal or typed interaction - the channel for toxic interaction - while stil allowing effective communication of game essential information using an incredibly elegant and well implemented ping system.

If I want to play a fighting game, no matter if I am a casual player or a pro, I can play the same game in the same hardware with the same rules, etc etc etc.

So my only chance is to watch other people play Augusta and the Dakar rally. There is no overlap between viewers and participation.

The only taste I can get of those inaccessible sports is viewing others participating.

With computer games, that isn’t the case. And because I can play the same games with the same rules and the same goals and the same equipment as the pro players, I know first hand what style of play I enjoy. Therefore I can and do chose who I watch on Twitch based on my own experience with the same game played in the same way, be that casual or hardcore competitive.

The Fortnite players didn’t care about the attitudes of the good players. They seemed primarily angry that the good players would hunt them down and kill them before they “got their fill” of playing the match.

They start wandering around poking at things and building a base or whatever. And then BAM, someone comes out of nowhere and kills them. Waaay before they’re ready.

Because the changes gave a little more benefit to actually killing people (which is still the entire point of the game), people who played more aggressively earlier started to do so even earlier.

These players don’t want anyone to attack them until they’re ready.

There have been two things I’ve always wondered why game companies don’t do:

Level 1 thinking: Enforce the startup time. Make an RTS where you literally can’t cross the middle of the map until X minutes have passed. Maybe this exists?

Level 2 thinking: A game where you don’t even fight. Just competitive candy box. Everyone just builds and then we see who built the most best stuff after X minutes. Basically real-time eurogame engine builder, only dexterity and clicking fast also matters.

Right and I’m saying that people who are playing casually often see that as dickish behavior even if it’s not the intent, in the “you’re ruining our fun just to inflate your e-peen” way.

Yeap. And thus the divide between people who try and people who (try but suck badly or don’t try) is intractable.

Even if the good players are friendly and have good attitudes, they ruin it for everyone else regardless. Them being toxic or not has no bearing on the outcome.

Social acceptability is another big aspect of this issue, in that often those who play to win are also assholes about it, rubbing it in people’s faces when they are winning. I think people begin to see skill and drive to win = asshole. And they’re kind of right in many instances, which is not a new thing. The stereotype of the asshole star quarterback has existed for decades for a reason. I’ll bring up Apex again because they did a lot to allow players to filter out direct verbal or typed interaction - the channel for toxic interaction - while stil allowing effective communication of game essential information using an incredibly elegant and well implemented ping system.

That’s not it at all. Even someone who is behaving extremely amicably, not a sore winner OR sore loser, will cause social conflict in a multiplayer game (especially a political game) merely via their play style.

For example, a bunch of friendly friends get together to play a friendly game of Catan. Nobody is a jerk. However, that guy Scott is actually good and tries to win. Scott builds settlements blocking where other players wanted to go. Scott trades all his grain away then uses the monopoly card to take back all the grain. Scott always attacks the player in second place with the robber when he rolls a 7.

Scott is otherwise polite, friendly, not treating other players poorly. But all the other players who are just playing for fun are going to be very angry. They are not sore losers! They are rightfully angry that their ability to play and have fun has been taken from them. The only mistake they have made is to direct their anger at Scott saying he is somehow bad. The reality is that the game itself is bad, in that it is not designed to make losing fun. Also, while no players were bad people, they all made the mistake of playing together when they are simply not compatible.